800,000 voted tactically in line with Best for Britain’s advice

Best for Britain has published its report on the GetVoting.org tactical voting campaign. We found more than 800,000 people voted tactically in line with our recommendations - that's people who would usually vote for a pro-EU party switching to vote for the one we recommended. 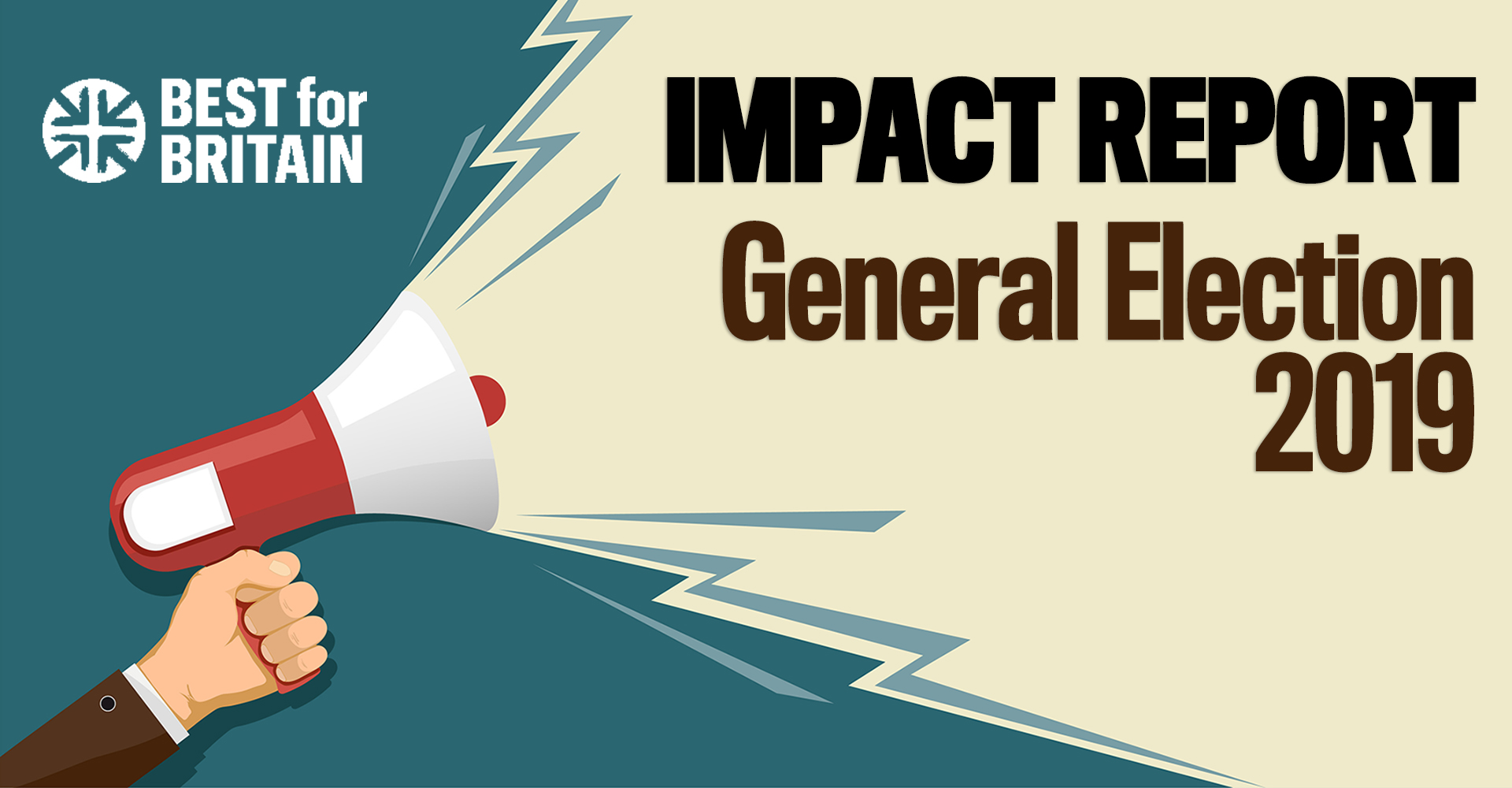 Read the full report here, or download the PDF.