The government was derided when it came out £163,000 was spent on Union flags over two years.

But this show of patriotism rings hollow when you consider some of the cuts the UK government has made in recent years. 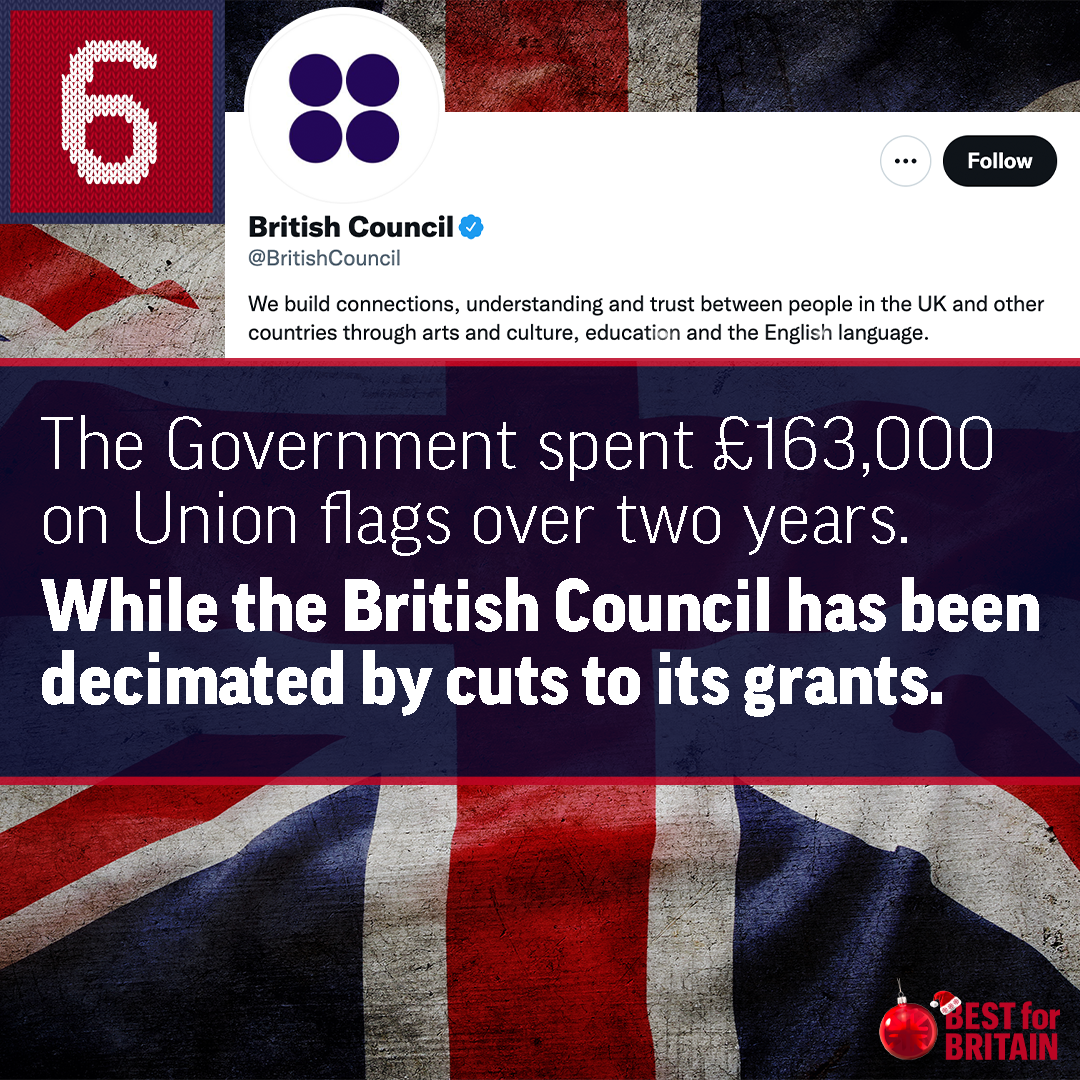 The British Council is a very successful example of Britain’s ‘soft power’ abroad and a good embodiment of what ‘Global Britain’ could be. It promotes cultural links between Britain and countries around the world, fostering a knowledge of and interest in the English language as well as British culture and arts. It has a direct, on the ground presence in more than 100 countries.

It relies on grants from the Foreign, Commonwealth and Development Office but due to the pandemic and an 11% cut from the government, they have been forced to lay off thousands of staff and close down hundreds of locations around the world.

It seems empty flag waving is a higher priority than meaningful engagement with the world for this lot.