If I spent £2.6 million on decorating a room, I’d probably want to get some use out of it.

But then again, if said room looked like Number 10’s new briefing room, I’d probably avoid spending too much time in there. 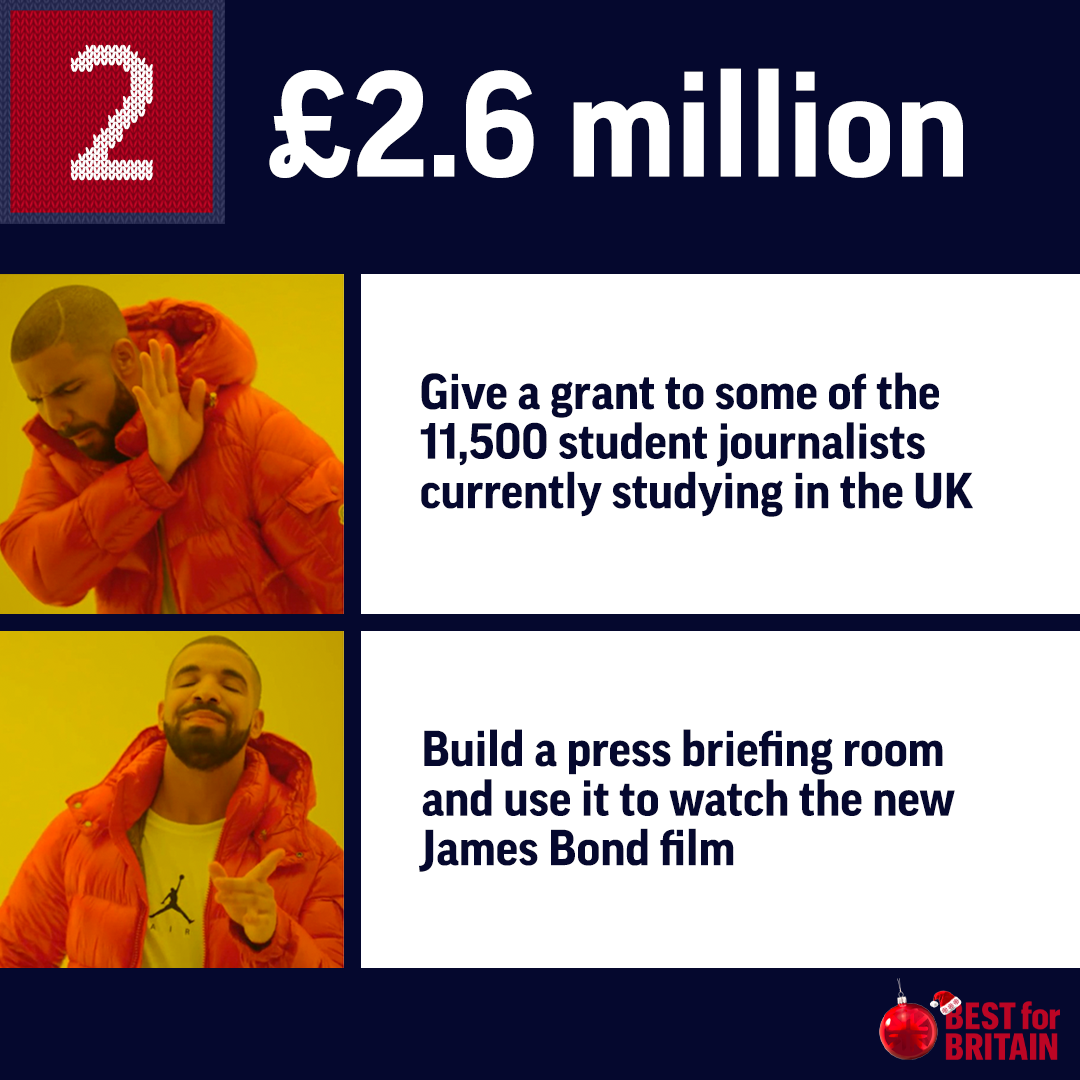 It seems the Prime Minister has had similar thoughts. Initially, the only use made of that room was for a screening of James Bond, though in recent weeks it seems that Johnson has been conducting the odd press conference from there.

This begs the question, though, as to why Number 10 wasted such a significant amount of taxpayers’ money on a vanity project that didn’t leave much to be vain about.

The Government seems to have readily misused taxpayers’ money. Wouldn’t it have been much better to spend the £2.6 million on bursaries for some of the 11,500 journalism students in the UK? Or maybe just funnel that money into the arts...or into interior design courses perhaps?