You read that right my friends. We estimate this Government has wastefully spent or dubiously allocated just shy of £15bn in a little over two years.

Of course, this is just an estimate, based on publicly available data, and so there could be potentially much much more to uncover. We will keep this total updated as more is revealed (as we are sure it will be).

£14.7bn would be enough to pay the combined salaries of 60,000 nurses, 65,000 teachers and 77,000 police officers over the two and a half years since the Prime Minister took charge. It includes £3.6bn in public contracts that have been handed to companies linked to government figures or the Conservative party over the same period. 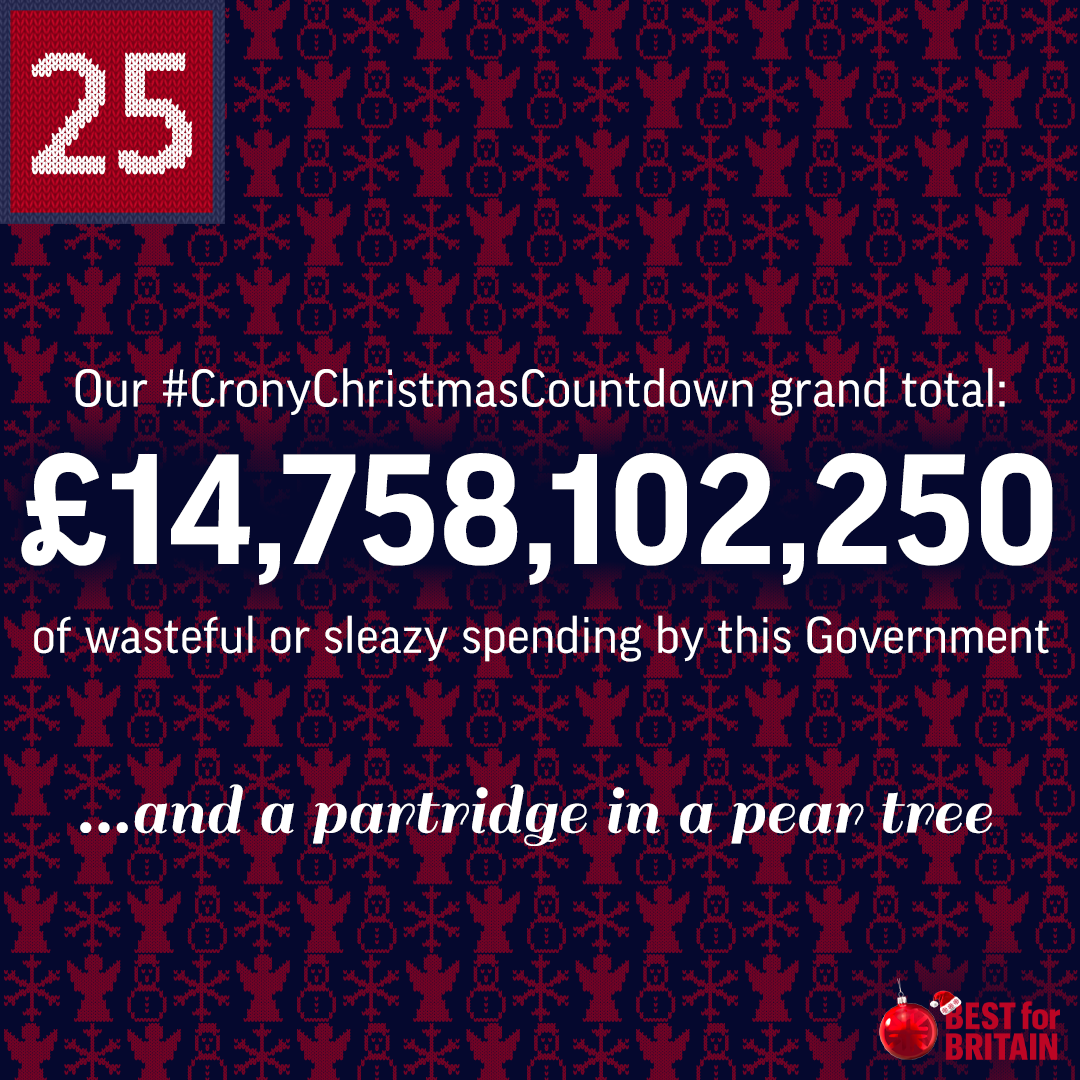 For a full breakdown of our figures, and to see what that eye-wateringly large total is made up of, click here.