Blood in the water: Australia deal a reminder that the Government will compromise on just about anything

Notwithstanding the agreement with economic juggernaut Liechtenstein, this Summer Boris Johnson made Britain’s first major international treaty since our European exit. The Prime Minister heralded the accord with Australia as something that would boost opportunities for British exporters and give our young people an extra year staying as far away from him as possible. What’s not to like? 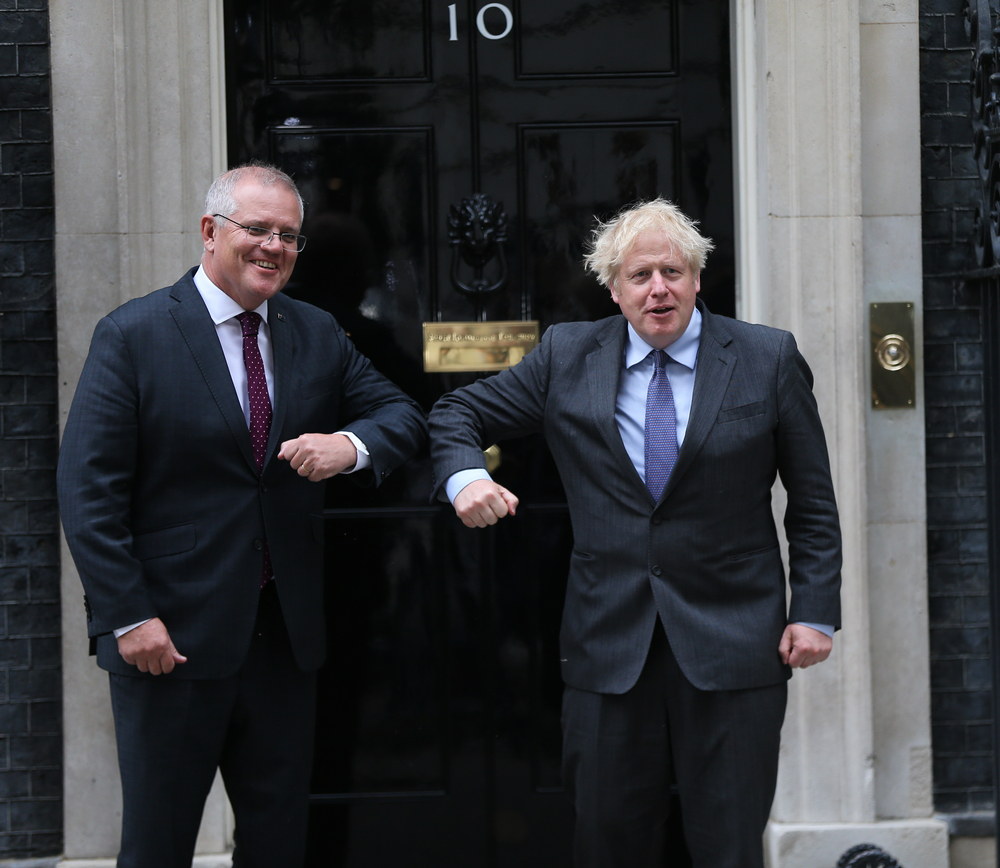 Turns out… quite a bit. The fallout of the deal for farmers in particular, is something we in Best for Britain and many others have been quite vocal about. The aforementioned boost for exporters was also exposed to be somewhat wobbly when people gifted with maps, or even a basic understanding of geography, highlighted that a market so far away was unlikely to be of much value (a 0.02% boost to GDP in the very best case scenario), particularly to small and medium sized businesses which were hurt most by new barriers to trade with Europe.

Add to this the increased price of international shipping, and the mockery that importing such distances would make of our climate commitments, the whole thing began to smell a bit fishy, although that might just be the leftovers from the Prime Minister’s last great deal.

But this is old news right? Parliament won't get the chance to glimpse the deal, nevermind vote on it and even if the deal isn’t all that great, the damage will be limited by the very distance which stops Australia being a viable replacement to lost trade with Europe. Right?

Wrong. What the Australia deal painfully exposed is that our government has sat down at the poker table of international trade with a 2 of clubs and that little card with the rules to gin rummy. They are bargaining with an extremely poor hand and our negotiating partners know it because just like the rest of us, they’ve been watching the Brexit process unfold over the last five years in excruciating detail.

They know that Johnson is desperate to add to his tragically bare Brexit trophy cabinet and perhaps more importantly, they know that he is exactly the kind of character to compromise on anything and everything in the interests of short-term political expediency.

Let’s look at the Australia deal as an example. Following the backlash from farmers, Downing Street promised strong protections and a 15 year phased introduction of Australian produce. However, the very next day, the Australian government revealed this pledge had been canned and that their farmers would enjoy immediate tariff free access in a success of negotiation hitherto unheard of in the annals of Antipodean trading history. With all said and done, it’s expected that Australian exporters will enjoy benefits six times greater than their British counterparts.

As our Aussie friends might say, there’s blood in the water and while the sizable economy of Australia might have had a nibble, the great whites of the USA, India and others are circling. They have seen Australia name their price and know they can do the same. Yes, Britain was supposed to be a wounded seal in this metaphor but looking at the Government’s front bench, we might actually be chum.

Not just farmers being let down

It takes more than two hands to count the number of businesses done over by the reckless regard of our ruling class. Add to farming; fishing, finance, and fashion, and that just takes us through the fs. ‘F’ business indeed. Who would have thought that the one time Johnson would be true to his word was in this infamous two word rebuke to the business community.

This week, the High Court in Belfast ruled that the Prime Minister effectively unpicked the 1800 Act of Union in his pursuit of a hard Brexit showing that the constitutional integrity of the UK is also up for negotiation for the leader of the Conservative and Unionist Party. While that name seems to be false advertising now, It begs the question, what will they pawn next? Our schools, our roads, our hospitals and care homes?

Many assume that any deal with the USA will be conditional on selling off parts of the NHS to the US private healthcare and big-pharma. You might know them from the $700 epipen and America’s current opium addiction crisis.

Wonder what a deal with the USA will involve?

If you think that this will be a line in the sand for Johnson, I direct your attention to his 1% pay rise for the men and women who put their lives on the line during the pandemic and to his new Health Secretary who only this week gave up his lucrative side-gig advising JP Morgan, the US bank which sees ‘the opportunities’ for private healthcare in the UK. If in 10 years time you need to shell out £2,000 for an ambulance, just know it started here.

It also emerged this week that irony is one language not spoken at the Department of International Trade as Liz Truss began negotiations for the UK to join another trading bloc. It seems that faceless bureaucrats are ok if they’re in Brisbane but not in Brussels. At least in the EU we had elections.

The UK Trade and Business Commission met yesterday for an extraordinary session to take evidence on what we can expect from the Australia deal, examining both the detail and the potentially much more damaging precedent.

The Commission is expected to use this evidence to make recommendations on how important sectors can be protected from the Prime Minister’s famous disdain for detail and also how future negotiations can avoid even more lopsided outcomes. With upcoming talks featuring the apex predators of the global economy, future weakness may cost us much, much more.