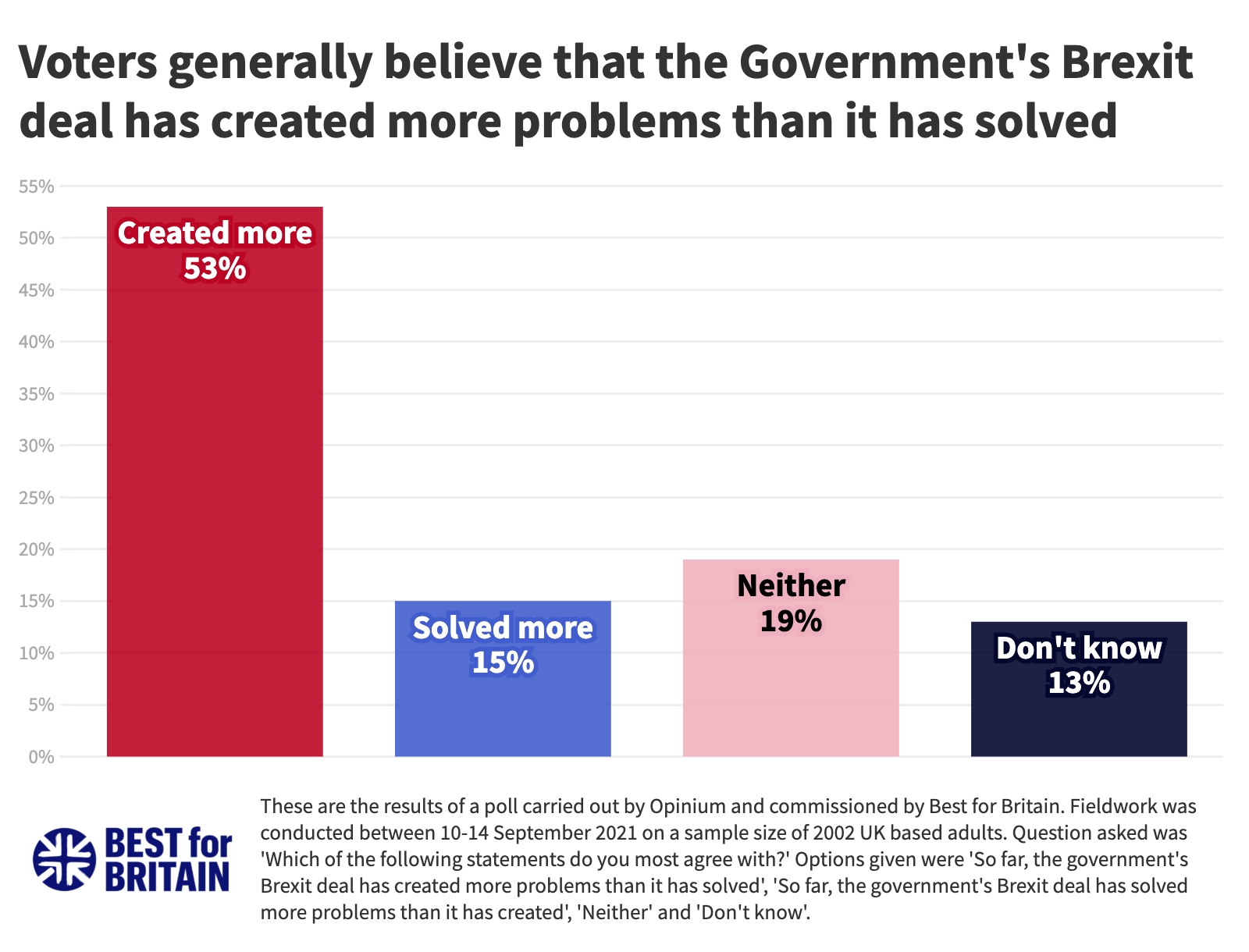 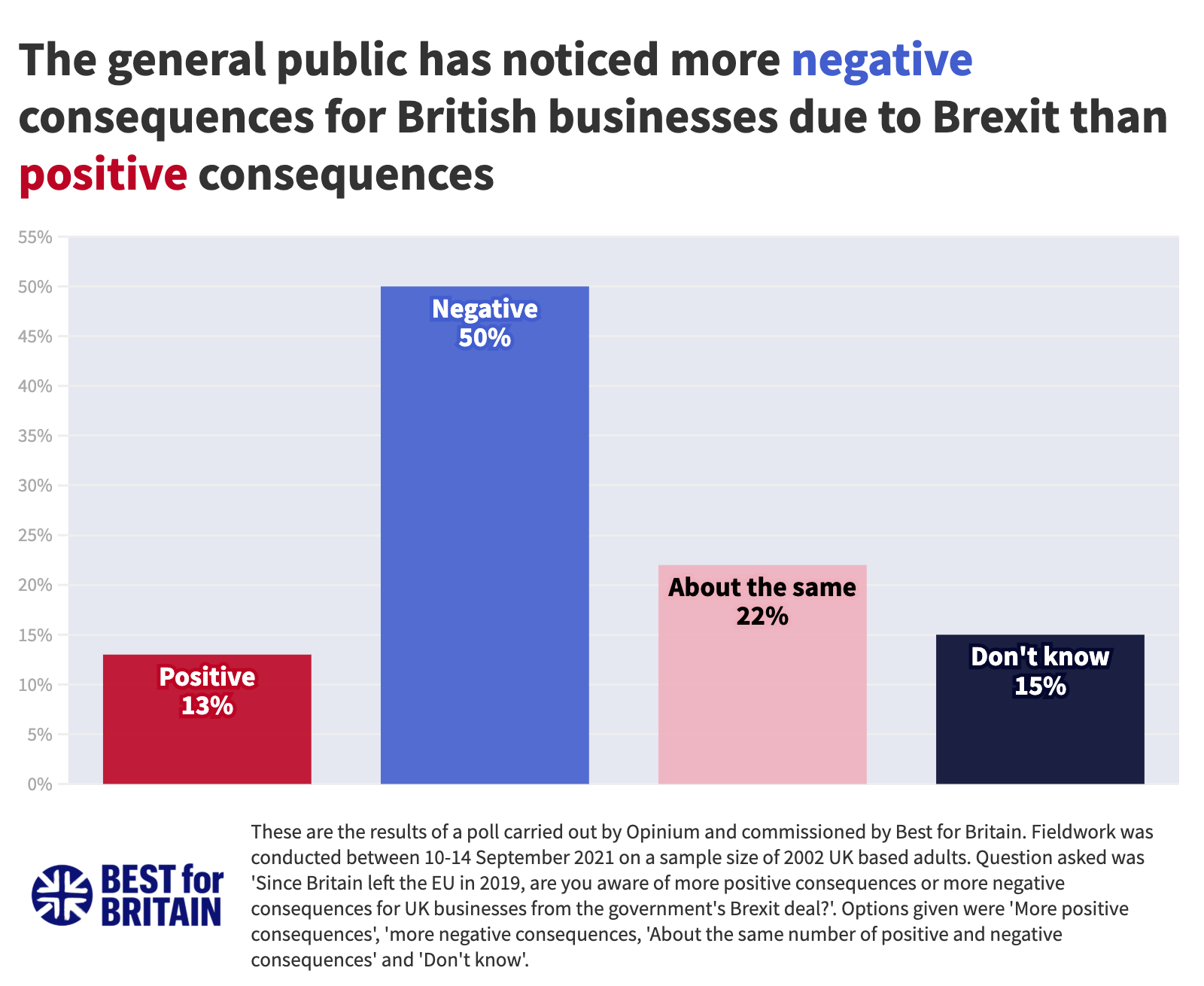 “The poll shows the British public can see the government’s Brexit deal for what it is - an insufficient and self-sabotaging agreement that is causing significant problems for British businesses, the economy and jobs. With new heads around the Cabinet table, here’s hoping sense prevails, and the Commission’s recommendations are adopted”

Conservative voters are split on whether the government's Brexit deal has created more problems than it has solved. In fact, almost 60% of people who voted Conservative at the last election do not think Brexit has solved Britain's problems. 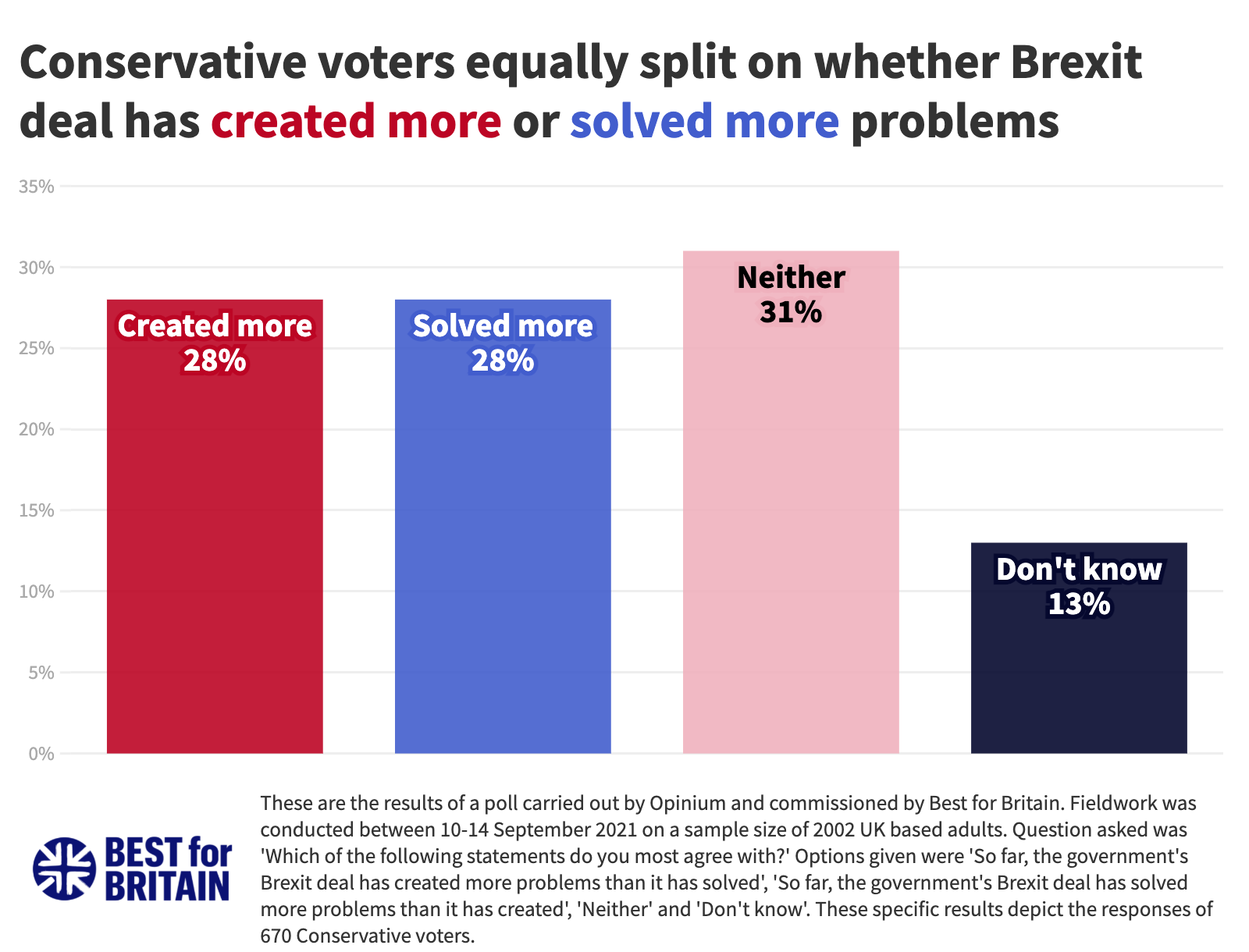 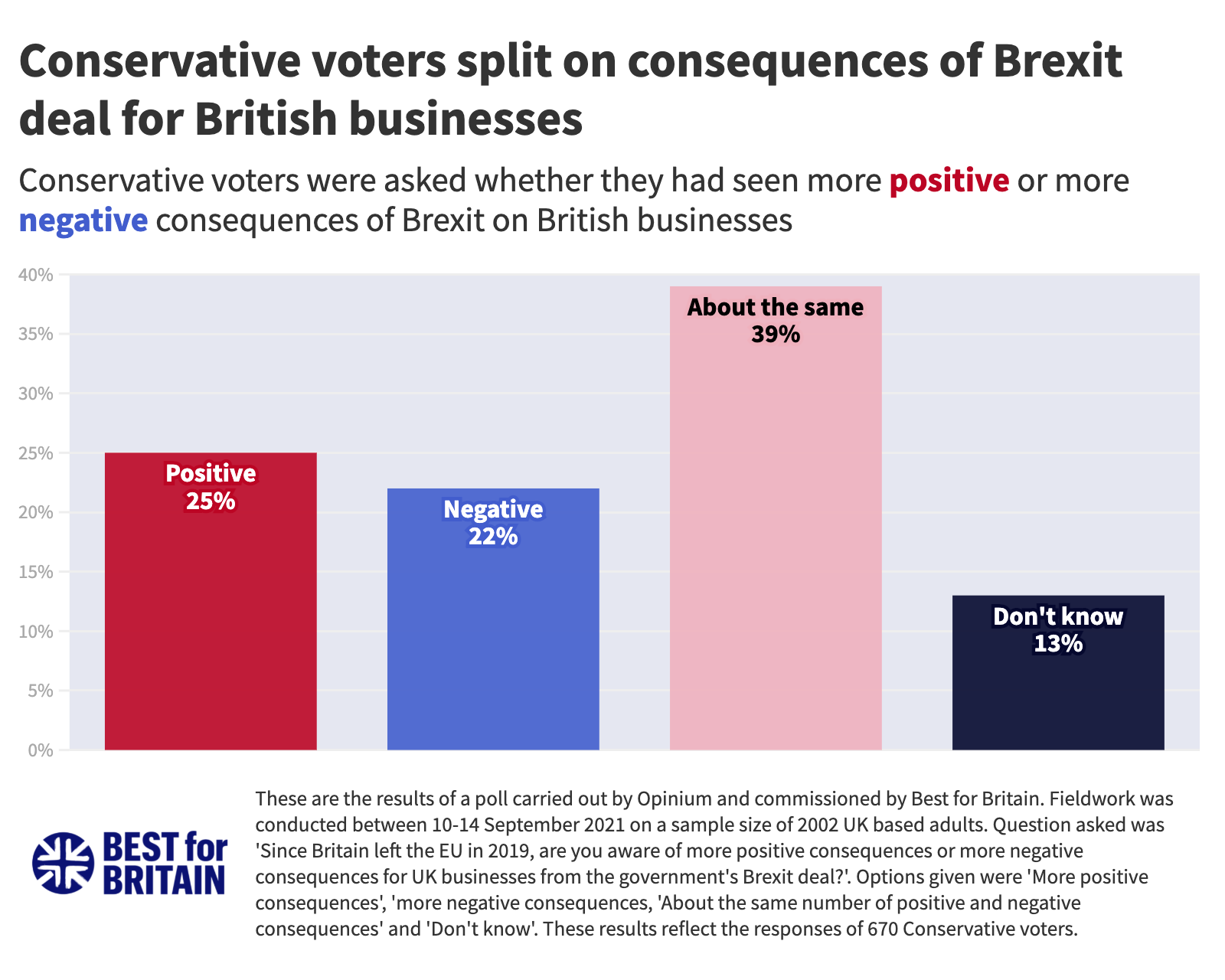 This uncertainty about how Brexit has gone is repeated when the we look at how Leave voters responded. Just a quarter of those who voted for Brexit think the government's Brexit deal has solved more problems than it has created. 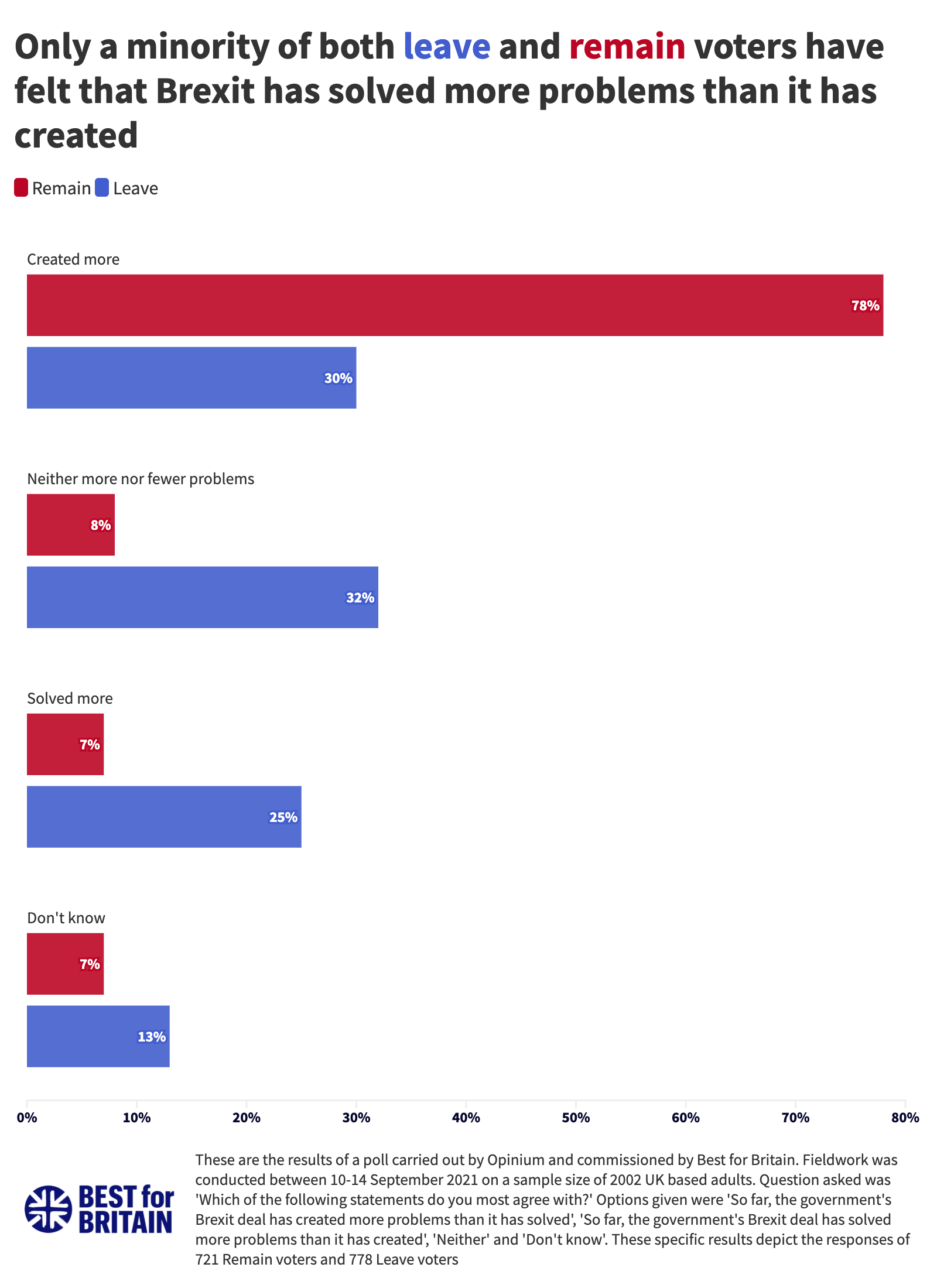 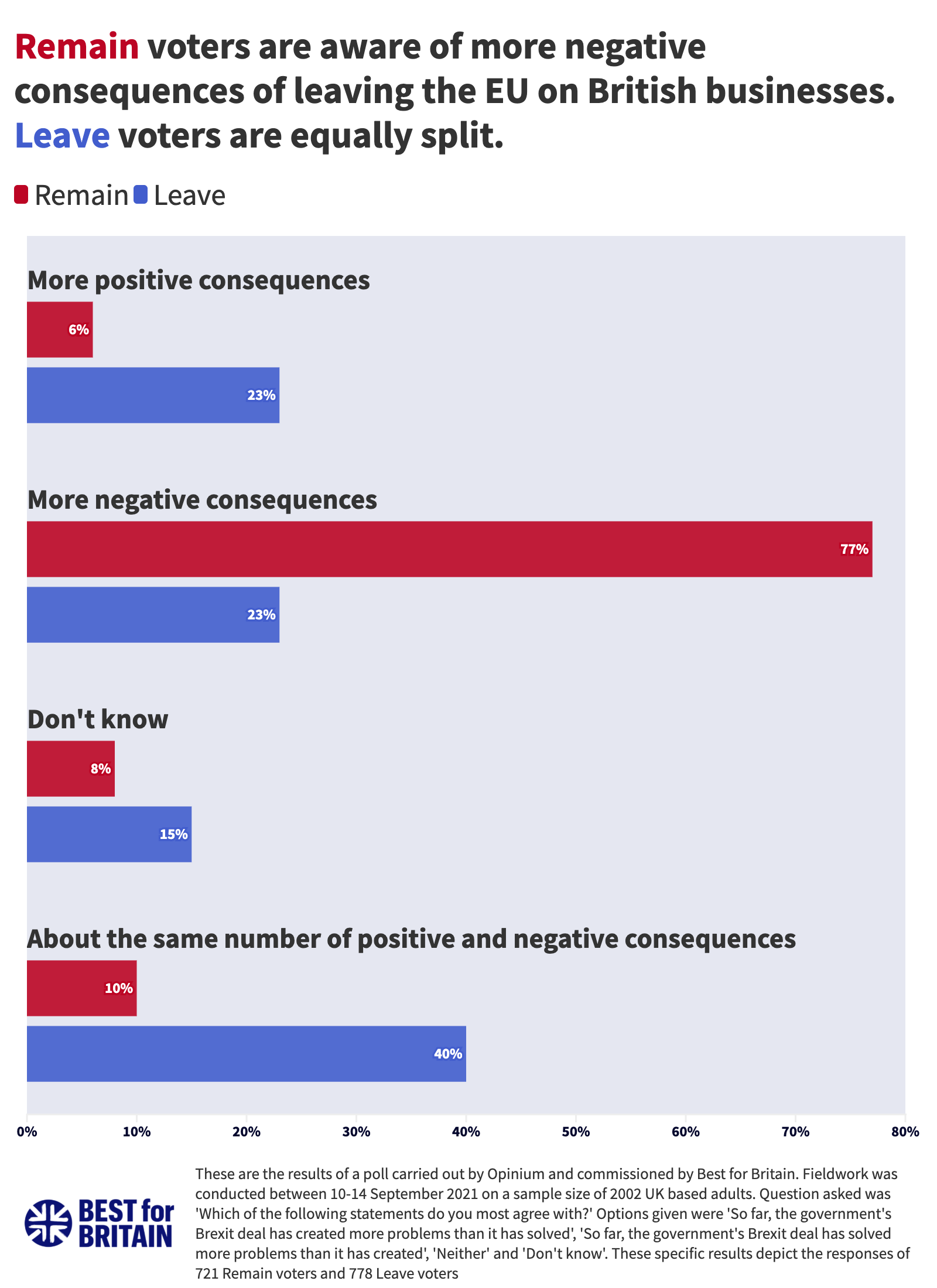 On the other hand, Labour voters are very clear that they think the government's Brexit deal has created more problems than it has solved. 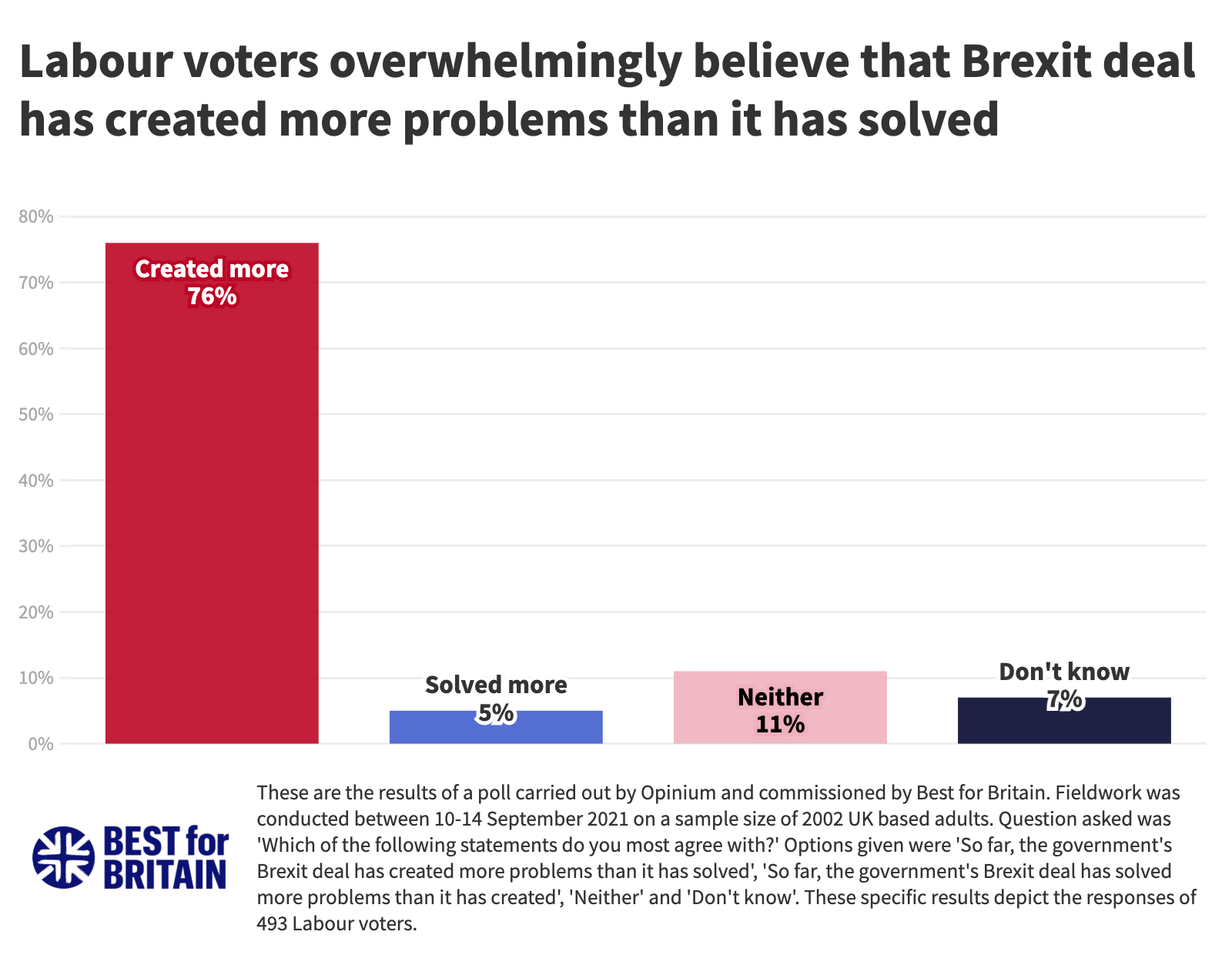 Labour voters are also overwhelmingly clear that Brexit has had more negative consequences for Britain's businesses. 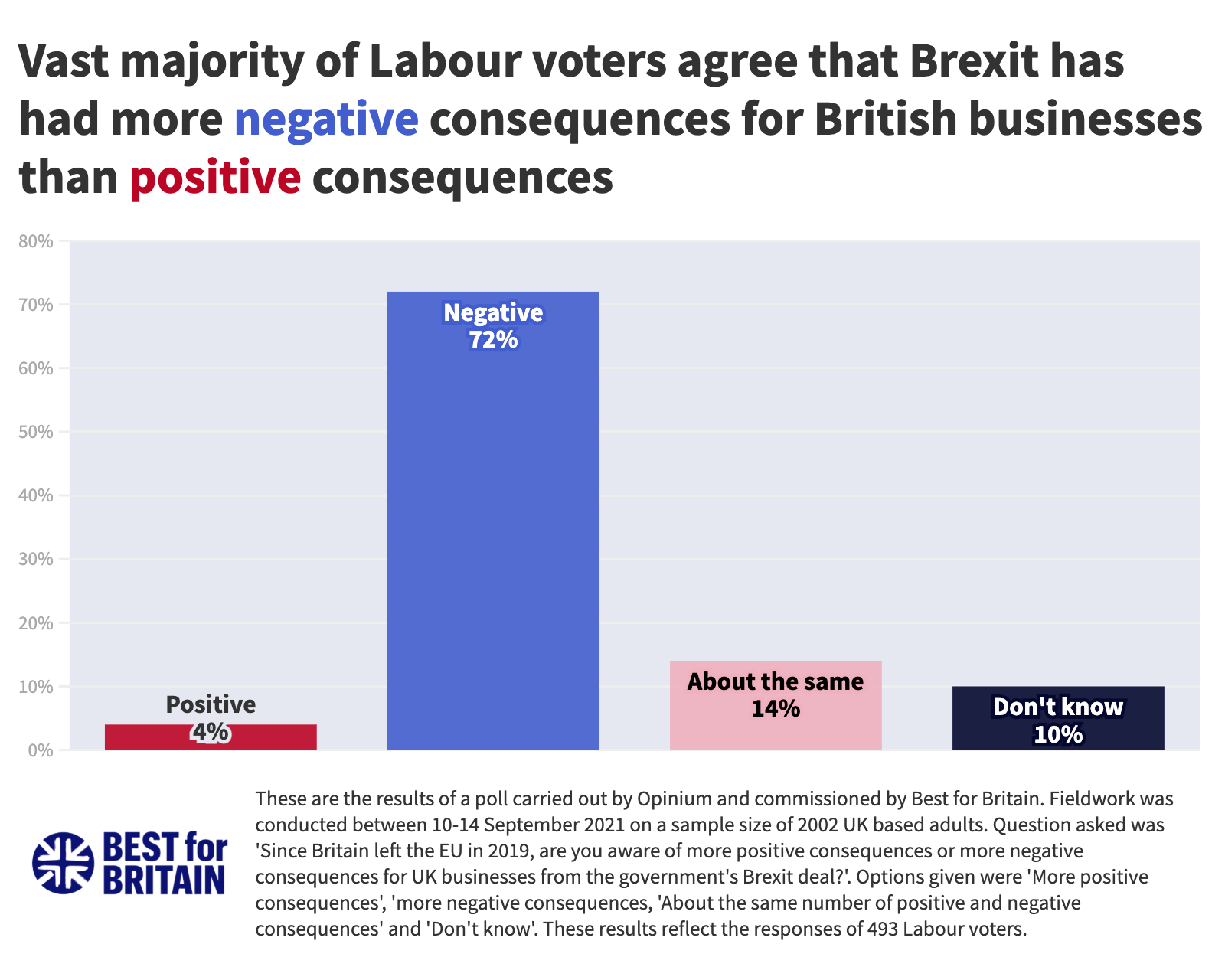 Poll conducted by Opinium on behalf of Best for Britain. Fieldwork was conducted between 10-14 September 2021 on a sample size of 2,002 UK-based adults.

Data tables can be downloaded here.