NEW POLL: Two thirds back a deal, including half of Leave voters

With just weeks to go, two thirds of Brits want the government to reach a trade deal with the EU before the end of this year. 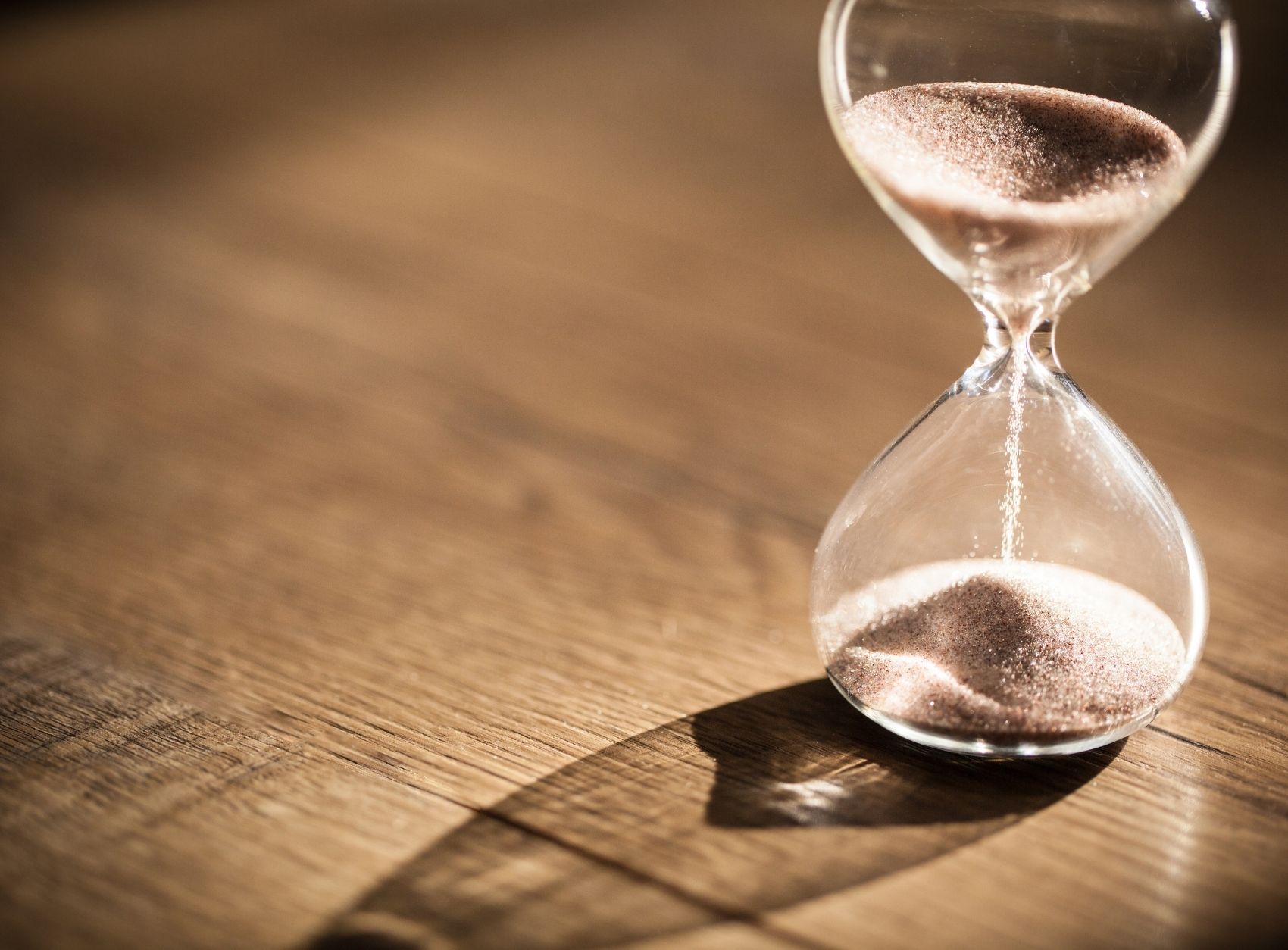 The poll was conducted by YouGov on behalf of Best for Britain, who are campaigning for a UK-EU trade deal. It finds that Brits overwhelmingly think the government should fulfil their manifesto commitment and deliver a trade deal with the EU.

1,703 people were asked whether they would prefer for the UK to reach a deal with the EU before the end of the transition period. 66% of those polled supported leaving with a deal. 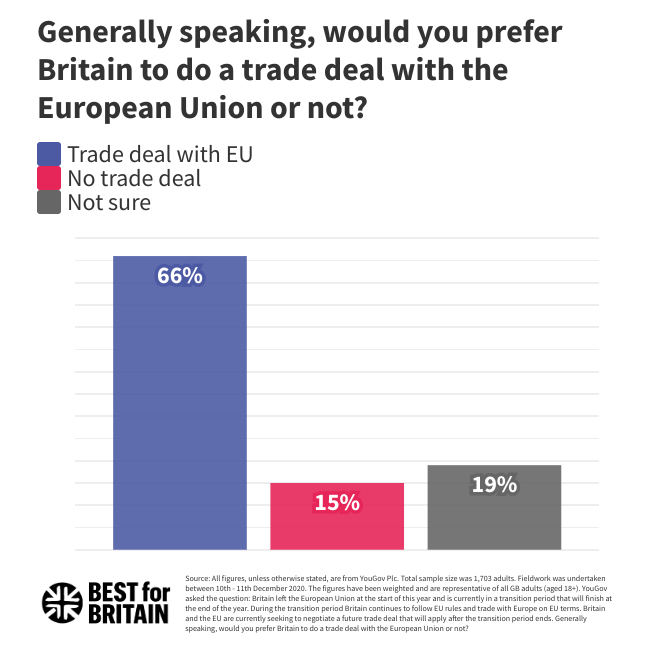 Every region in the UK came out in favour of a EU trade deal by the end of this year. London and the North of England were the regions with the highest levels of support for a deal, at 73% and 68% respectively. And 50% of leave voters want to see a deal. 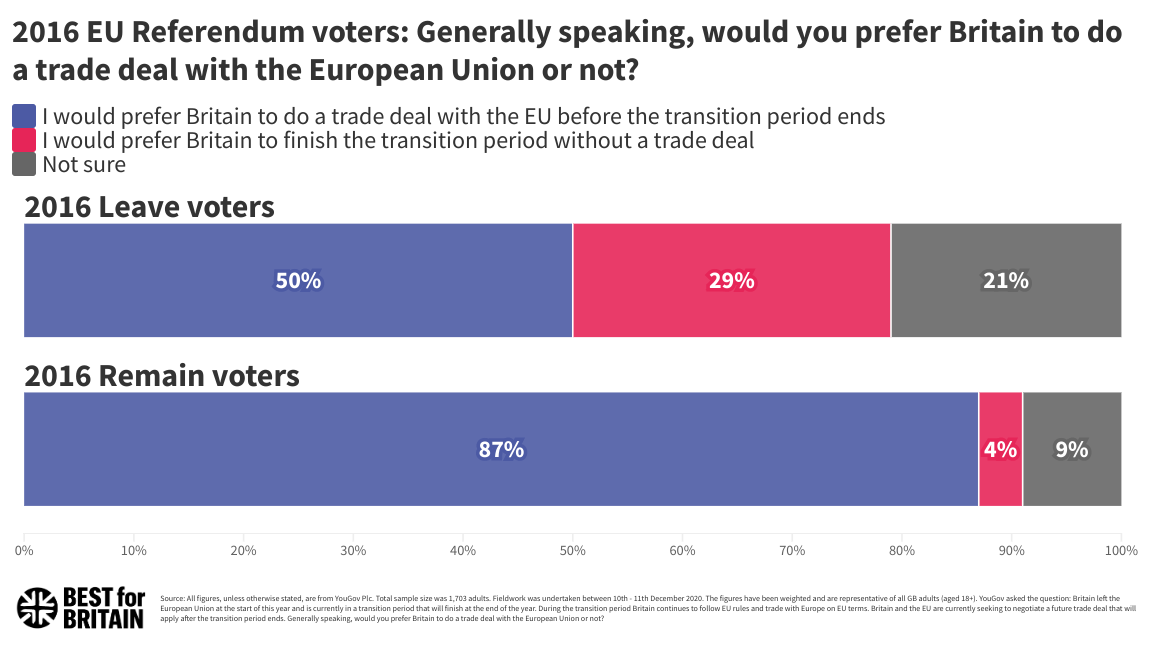 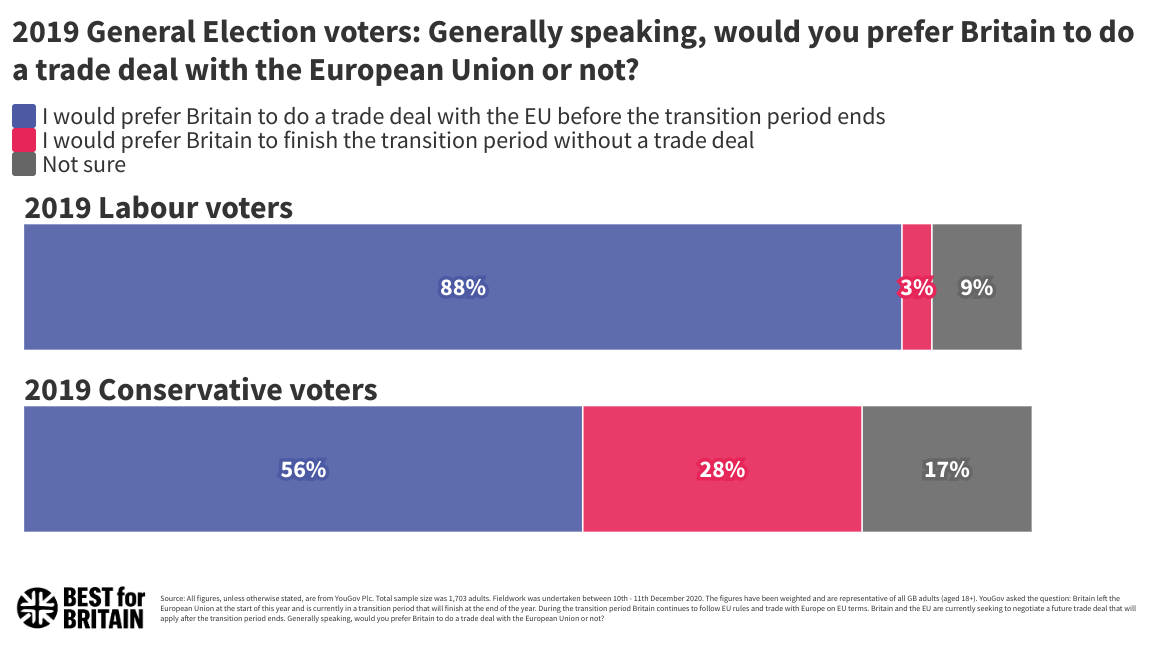 With just a few weeks to go before the end of the transition period, and fears over economic recession going into 2021, this poll shows the British public will not look kindly on the government's failure to conclude a deal with the UK's largest trading partner.

All figures, unless otherwise stated, are from YouGov Plc. Total sample size was 1,703 adults. Fieldwork was undertaken between 10th - 11th December 2020. The figures have been weighted and are representative of all GB adults (aged 18+).