Much to our chagrin, the government spent £46 million advertising our exit from the EU

Launched ahead of Britain’s planned departure from the EU on 31st October 2019 - the government proceeded with its ‘Get Ready for Brexit!’ messaging long after the Brexit date was pushed back. 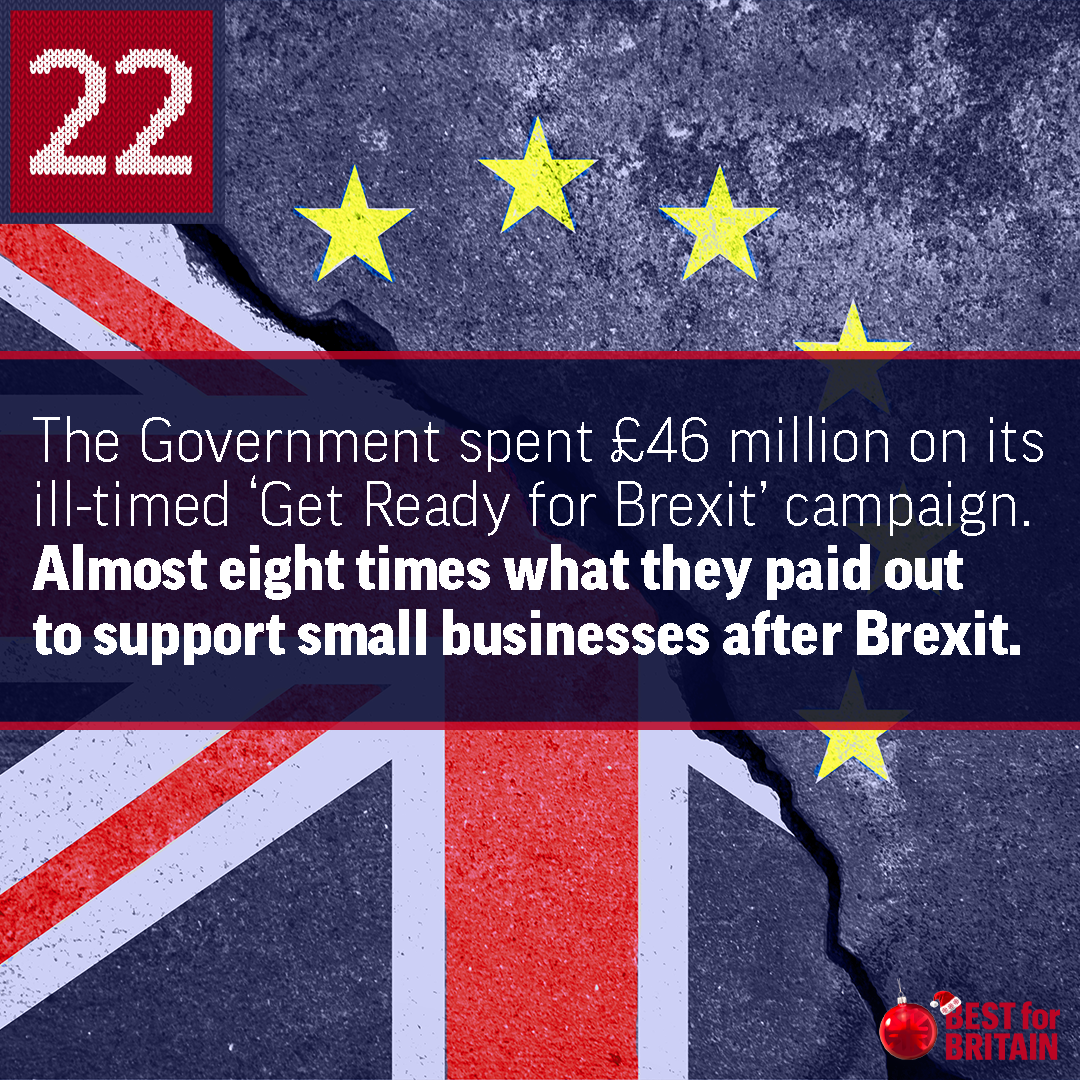 Wasting money on an irrelevant advertising campaign made it all the more egregious when the government failed to advertise changes to state pension rules that left thousands of women out of pocket!

This communications campaign was urgently needed. Instead the government spent millions on a campaign that just wasn’t.

For more perspective - the whole sum spent on this campaign was roughly eight times what was paid out to SMEs as part of the Brexit support fund.