This one involves David Cameron becoming embroiled in a scandal that he’d predicted himself. Not only did Cameron attempt to lobby the government over the now-collapsed lender Greensill, but he may have also successfully lobbied them over a contract with a genetics firm he worked for.

Illumina, a company which carries out genetic sequencing, was awarded a contract worth £123 million shortly after Matt Hancock (at David Cameron’s urging) spoke at a conference co-hosted by the firm. 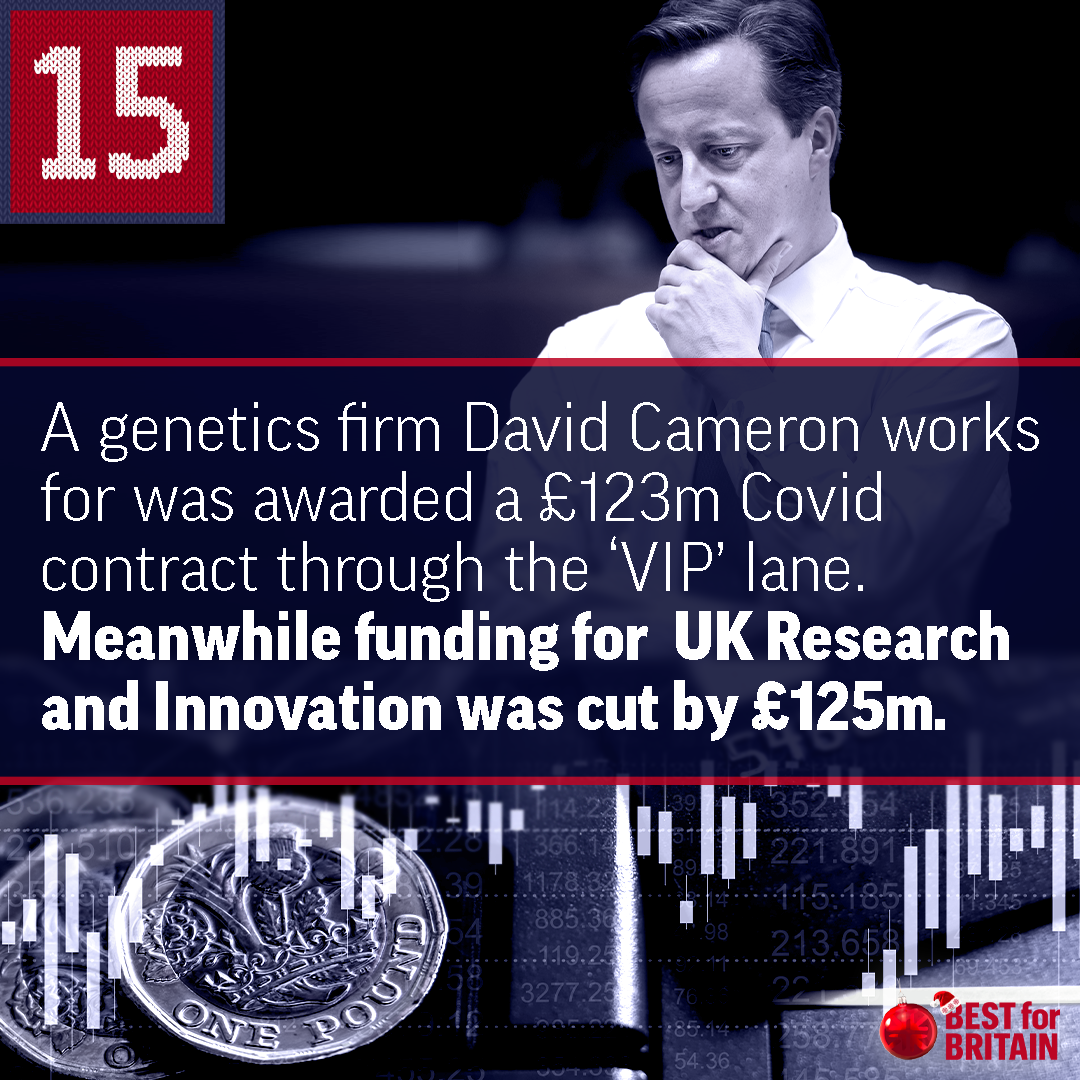 While Hancock and the Department of Health and Social Care insist that the contract was won in the correct and proper way, it’s very clear that there were some intense exchanges regarding Illumina between Cameron and Hancock in the days preceding the awarding of the contract.

Genetic sequencing is no bad use of government money, but once again it seems that other, less well-connected firms may not have got a look in.

Meanwhile, scientific innovation in the UK is being stifled; UK Research and Innovation has seen huge cuts to its funding. Research bodies like this are critical for innovation to flourish and failing to fund them properly will have a serious impact on our research and development prowess.

But perhaps the government is ok with that if it means their mates get more money?