For most people, a good neighbour might watch your house while you’re on holiday, a great neighbour might paint your fence. What if your neighbour lands you a multimillion pound government contract?

Well, Matt Hancock could tell you all about it. The Health Secretary’s former neighbour and sometime pub landlord Alex Bourne, was awarded a contract to the tune of £30 million for making test tubes for Covid samples. 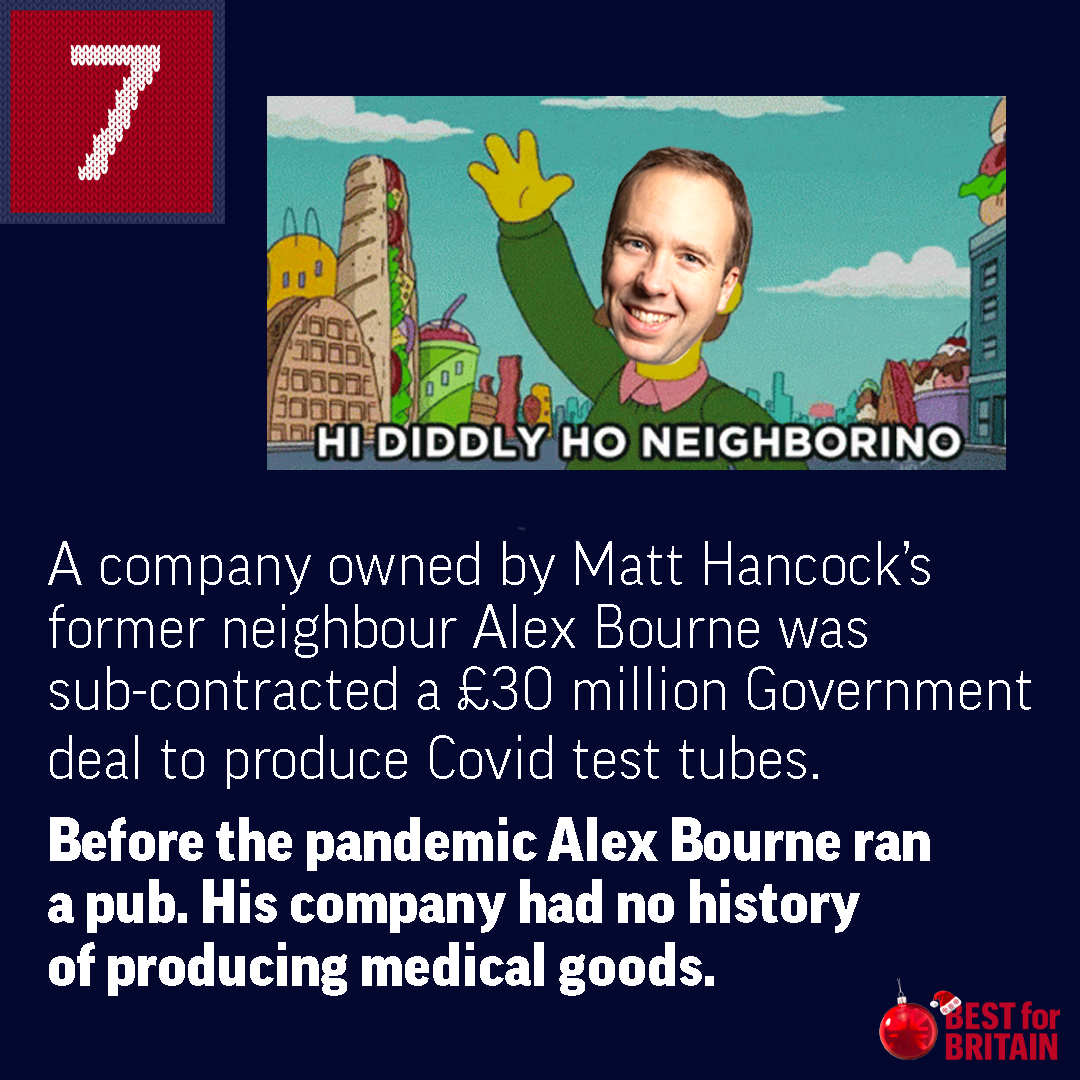 You might argue that such expenses are necessary - after all, in the midst of a deadly pandemic, such supplies are vital.

But Bourne’s company, Hinpack, had no prior experience making medical supplies. In fact, before converting to a one-stop-Covid supplies-shop, Hinpack made disposable catering materials. Additionally, the tendering process that saw Hinpack awarded the contract involved the rigorous procedure of....Whatsapp messaging.

Interestingly, there are no records of Hinpack having been awarded the contract - and that's because the contract actually went to a company called Alpha Laboratories, but reportedly only on the condition that they subcontract the work out to....you guessed it...Hinpack.

This was compounded by the fact that Bourne didn’t even have a CE safety certification mark on the vials he produced, nor did he seem to think he needed one.

To Matt Hancock’s successor in the health brief, maybe best to look a little beyond your cul-de-sac next time.