Never again. You cannot call yourself ‘anti-racist’ unless you are prepared to do everything to get rid of these people

By Cal Roscow
Director of Development, Best for Britain 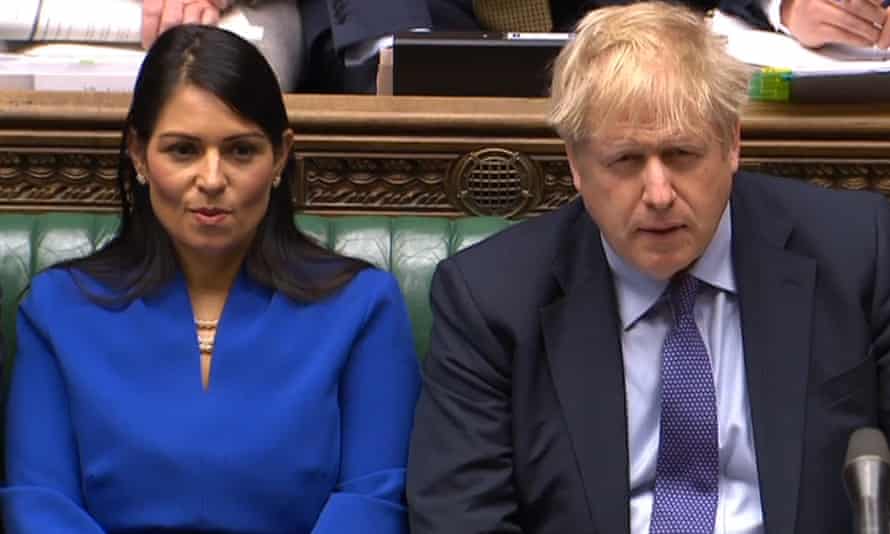 As I sit writing this, it’s been less than 24 hours since England were defeated at the Euro 2020 Final against Italy. And even fewer hours since the most spineless u-turn we’ve seen from this Home Secretary, this Government, and this Prime Minister.

The racist abuse against black England players began as soon as the match was lost; the tweets from Priti Patel and Boris Johnson calling it out didn’t come ‘til morning. Presumably at around the time that they had realised which side of history they found themselves on.

Let this be their last political miscalculation. Because we absolutely must not allow anything like this to happen again. And it is time for them to go.

I am disgusted that @England players who have given so much for our country this summer have been subject to vile racist abuse on social media.

It has no place in our country and I back the police to hold those responsible accountable.

Let this be the moment that the tide turned. When we decided we had had enough.

The morning started with Gary Neville directly calling out the Prime Minister for his racist remarks about muslim women.

Gary Neville absolutely rips into Boris Johnson. This is 🔥

At the same time Susannah Reid was grilling a junior minister who couldn’t defend the booing his colleagues who had so heartily supported it in the beginning of the tournament.

Susanna Reid - Priti Patel said football fans have a right to boo the England team for taking the knee... is it gesture politics that can be booed?

Edward Argar - In a liberal democracy I welcome the fact that people can make their protest by taking the knee.. #GMB pic.twitter.com/TPlHSYBOqG

Baroness Warsi tweeted an open message to Patel, the home secretary, calling on her and all Conservatives to “think about our role in feeding this culture in our country”.

“If we ‘whistle’ & the ‘dog’ reacts, we can’t be shocked if it barks & bites,” Warsi tweeted. “It’s time to stop the culture wars that are feeding division. Dog whistles win votes but destroy nations.”

And by the evening Coronavirus briefing, the Prime Minister began, without even a hint of contrition “And to those who have been directing racist abuse at some of the players, I say: Shame on you, and I hope you will crawl back under the rock from which you emerged.”

For England players whose social media inboxes all summer were full of messages from supposed England fans, screeching at them for taking the knee, fully enabled by a British Prime Minister, it must have been particularly galling to watch.

Quoting Patel’s statement on Twitter, England player Tyrone Mings said: “You don’t get to stoke the fire at the beginning of the tournament by labelling our anti-racism message as ‘Gesture Politics’ & then pretend to be disgusted when the very thing we’re campaigning against, happens.”

It has been said more than it should have to be that “It is not enough to say you aren’t racist, you have to be anti-racist” - and now is the time for you, the voter, to take action.

There will be elections. If not in 2022, by 2024. Whether these politicians, who fanned the flames of racism just because they thought it would keep their poll ratings up, get back into power is up to you.

But not just you alone. It is up to every single political party that claims to be anti-racist. Those in the Conservative party too. Rowing back on statements about ‘booing’ after a night of racist abusers running riot across the country is not enough. They must not just condemn what happened - they must apologise for it.

And if they won’t. If our Home Secretary won’t take responsibility for what she said; opposing Black Lives Matter or any anti-racist movement - then she, and others that did the same must be ousted from power.

As James O’Brien succinctly put it:

They never really cared about keeping politics out of football. They’re just desperate to keep footballers out of politics. And tonight it’s never been easier to see why.

There have been many reasons for campaign groups and political parties to work together under our unfair voting system. But now there is simply no excuse not to.

You can no longer call yourself ‘anti-racist’ if you are not prepared to do everything to get rid of these people. We often talk about forming a ‘progressive alliance’. It is now a necessity that we form an ‘anti-racist alliance’.

When you are next in the polling booth, remember the night of the 11th July 2021. Remember who enabled it. And ask yourself; am I doing enough?

Best for Britain invites the leaders of the Labour party, the Liberal Democrats, the Greens, SNP, Plaid Cymru and those in the Conservative party to come together now to defeat racism in public life, in sport, and in society.

Edit: At 10pm on 12 July the front page of The Sun was released with the headline ‘Nation Unites Against Racists: We’ve Got Your Back’ - If there is an indication that Murdoch/Johnson/Patel and their ilk have realised that they’ve massively misjudged public opinion, this is it. But we won’t let them forget what came before