In a major new report, non-partisan group Best for Britain assesses the domestic impact of Britain leaving the Brexit transition period without a UK-EU trade deal at the end of this year. 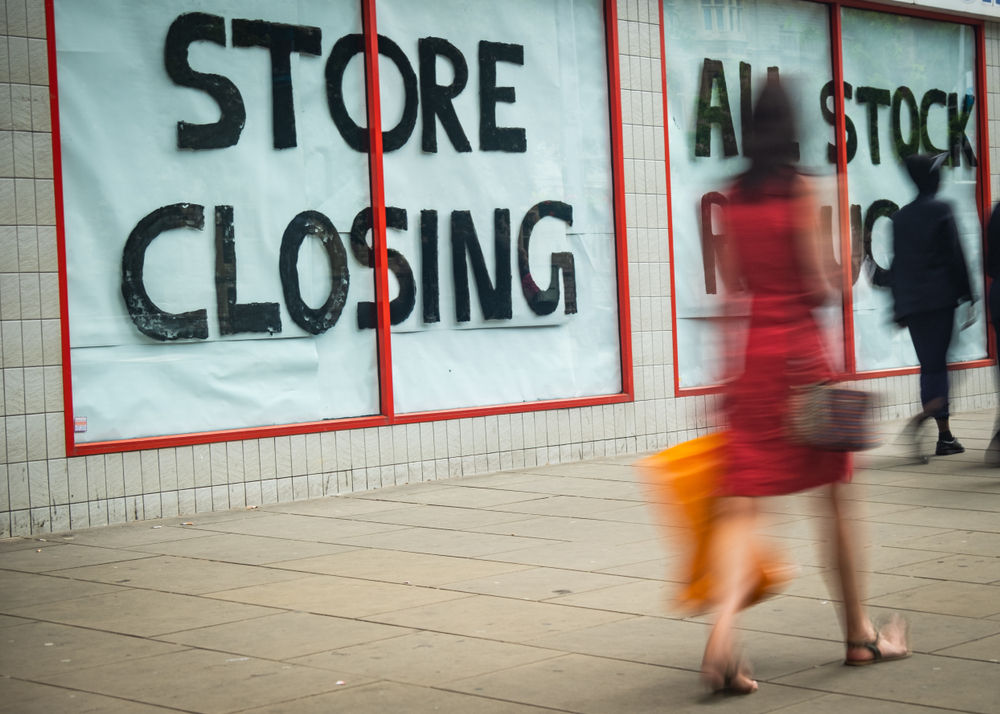 The report integrates new and unreleased polling conducted earlier this month with a collation of reasonable 'day one' no deal outcomes.

Leaving the Brexit transition period could be a fatal blow

What does the new polling say?

Ahead of this week's crunch European Council summit, over 8,000 people were asked their opinion on whether ‘it would be a good outcome or a bad outcome for the UK to leave the transition period out of the European Union without a deal?’ with two-thirds (64%) of those expressing an opinion saying they thought the no-deal would be a ‘fairly bad’ (38%) or ‘very bad’ (26%) outcome.

There was strong opposition to a no-deal outcome in every region of the UK surveyed — including in the northwest, northeast, and the Midlands, areas that are regularly associated with the vote to leave the EU in 2016. In Scotland, around four-fifths (78%) thought leaving the transition period without a deal would be a bad outcome. 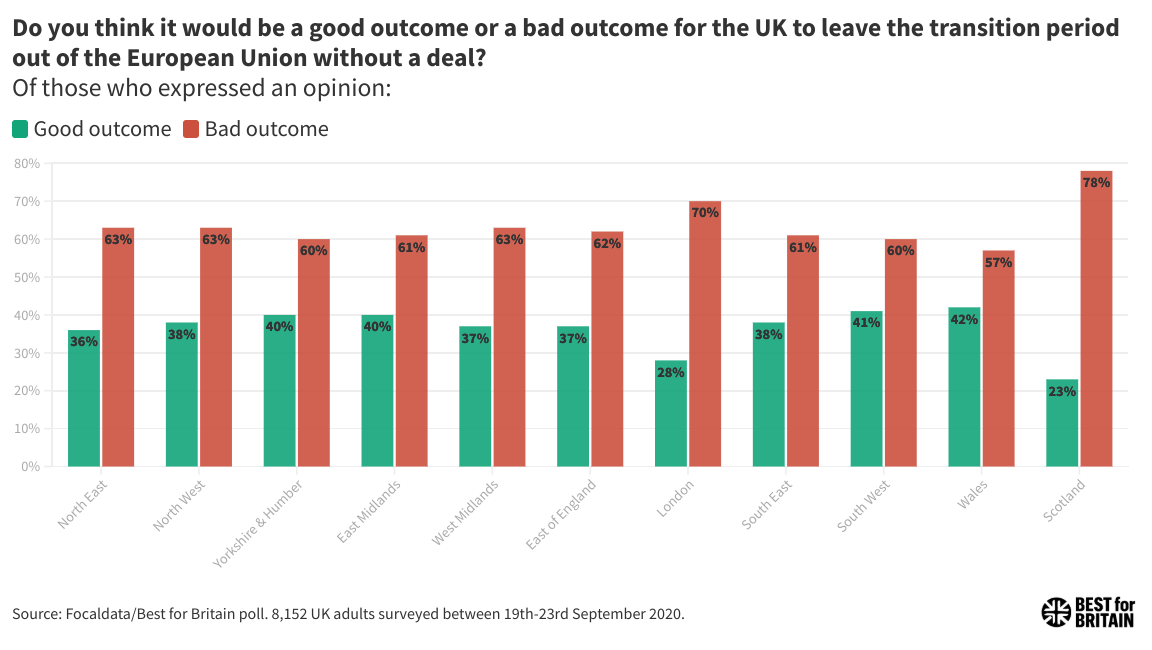 The poll, which was run for Best for Britain by focaldata, also reveals consumer confidence in the UK economy is at an all-time low, with new MRP analysis showing that voters in key swing seats are concerned for their local economies. In so-called former 'Red Wall' seats, those constituencies which were instrumental in the Conservatives 2019 landslide victory, voters overwhelmingly report job losses and closures of local business. More than two-thirds of people in the totemic constituency of Workington say they have witnessed this downturn in their town. And fewer than one in ten ‘Red Wall’ voters report that they will be spending more money in their communities this Christmas.

Drawing from Best for Britain's August 2020 report ‘The UK’s Negotiations with the EU on a New Trading Future – Aspirations, Benchmarks and Measures of Success’, written by two senior Australian trade experts, the new report analyses the impact the failure to strike a deal would have on sixteen areas of trade in goods and services. From scotch whiskey and the automotive industry to shortage of vets, the report details key industries, professions or products which will be immediately impacted on day one of a no-deal exit.

Question: Do you think it would be a good outcome or a bad outcome for the UK to leave the transition period out of the European Union without a deal?

Of those who expressed an opinion: