To celebrate Valentine’s Day this year, and with the Prime Minister still refusing to take no deal off the table, Best for Britain have compiled 12 reasons why a no deal Brexit risks romance around the country.

1 Roses are red, violets are blue

The UK flower industry is set to wilt in the event of a no deal, last minute dash to the petrol station for a bunch of flowers on Valentine's Day more of a headache than usual. 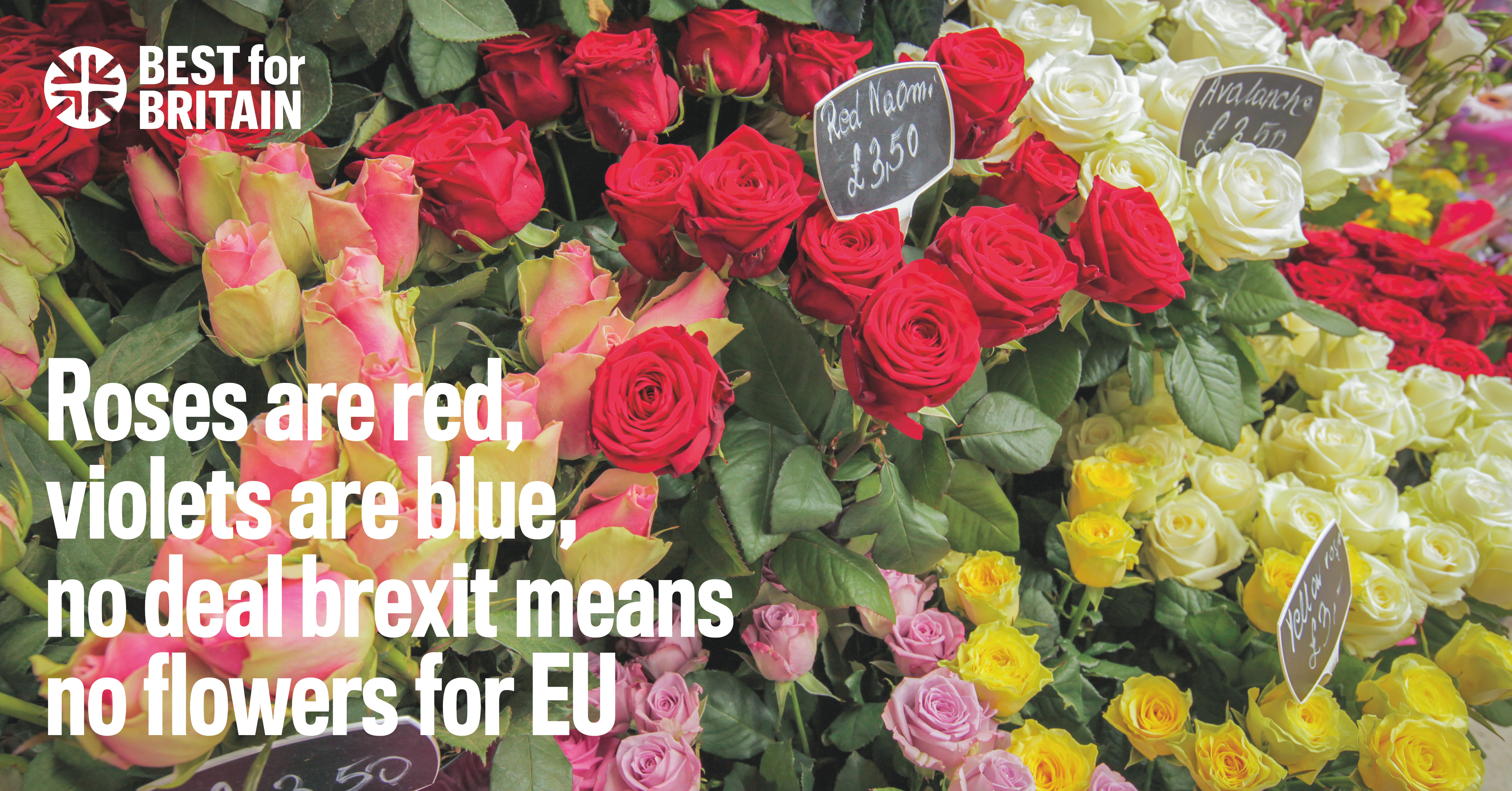 The Dutch flower industry, which provides up to 80 per cent of the UK's supply, fears it will be faced with “catastrophic delays” at ports and an avalanche of red tape after Brexit, leading to price hikes and a shorter supply of bouquets.

Adultery is likely to go up in the event that we crash out of the EU, according to cheating website IllicitEncounters.com.

Statistics compiled over the 15 years the dating site IllicitEncounters.com has been operating reveal that hard economic times typically sees an increased infidelity. 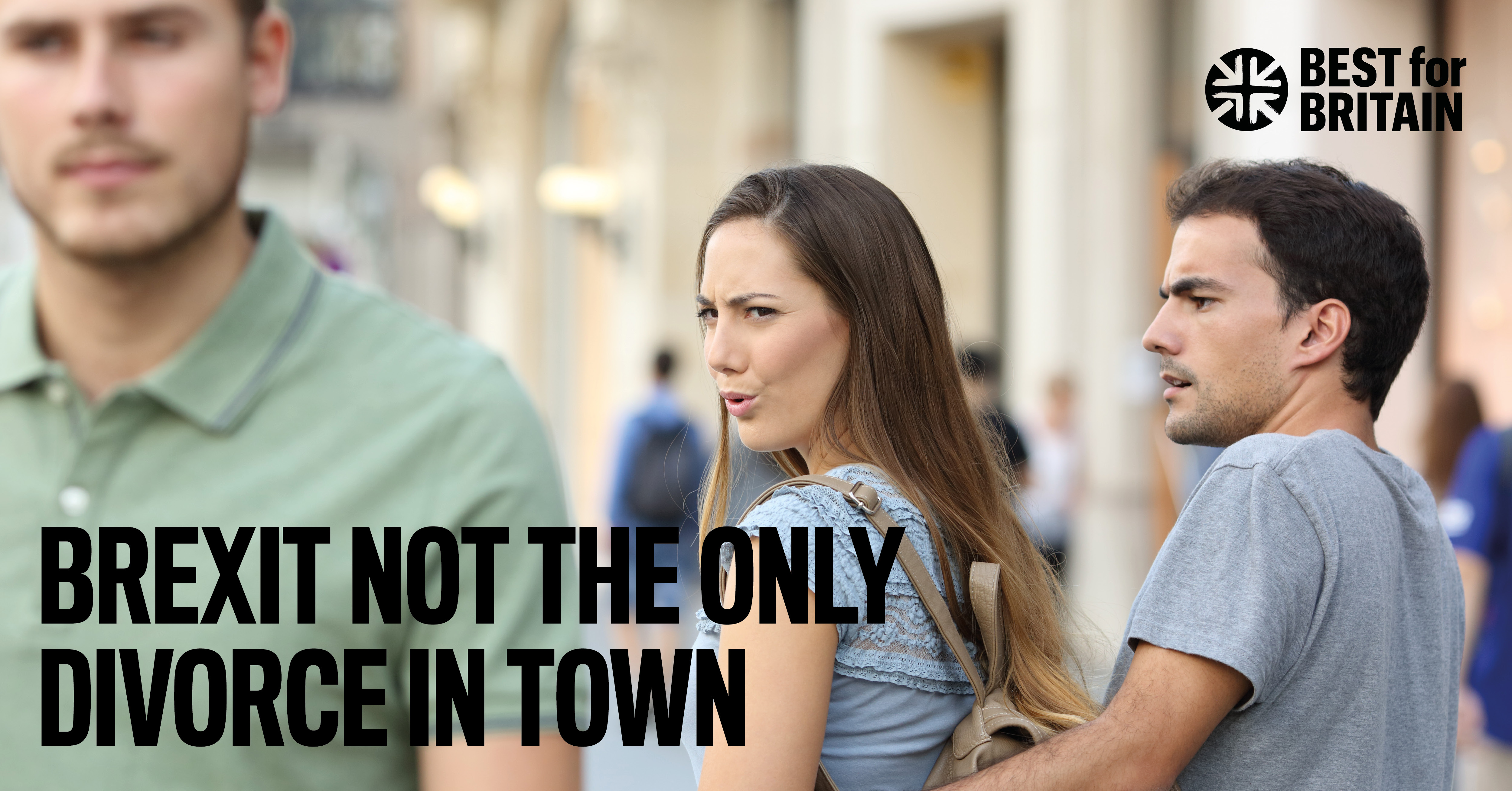 Looks like the UK-EU separation may not be the only divorce in town.

If you are spending Valentine’s Day with your four-legged friend, beware that you will need a pet passport in the event of a no deal Brexit and be required to visit the vet four months before you travel.

5 No such thing as a HARD Brexit

Economic hardship may last longer but some things won’t. Pharmaceutical companies such as Zava have been stockpiling one million the little blue pills in the case of a no deal exit. 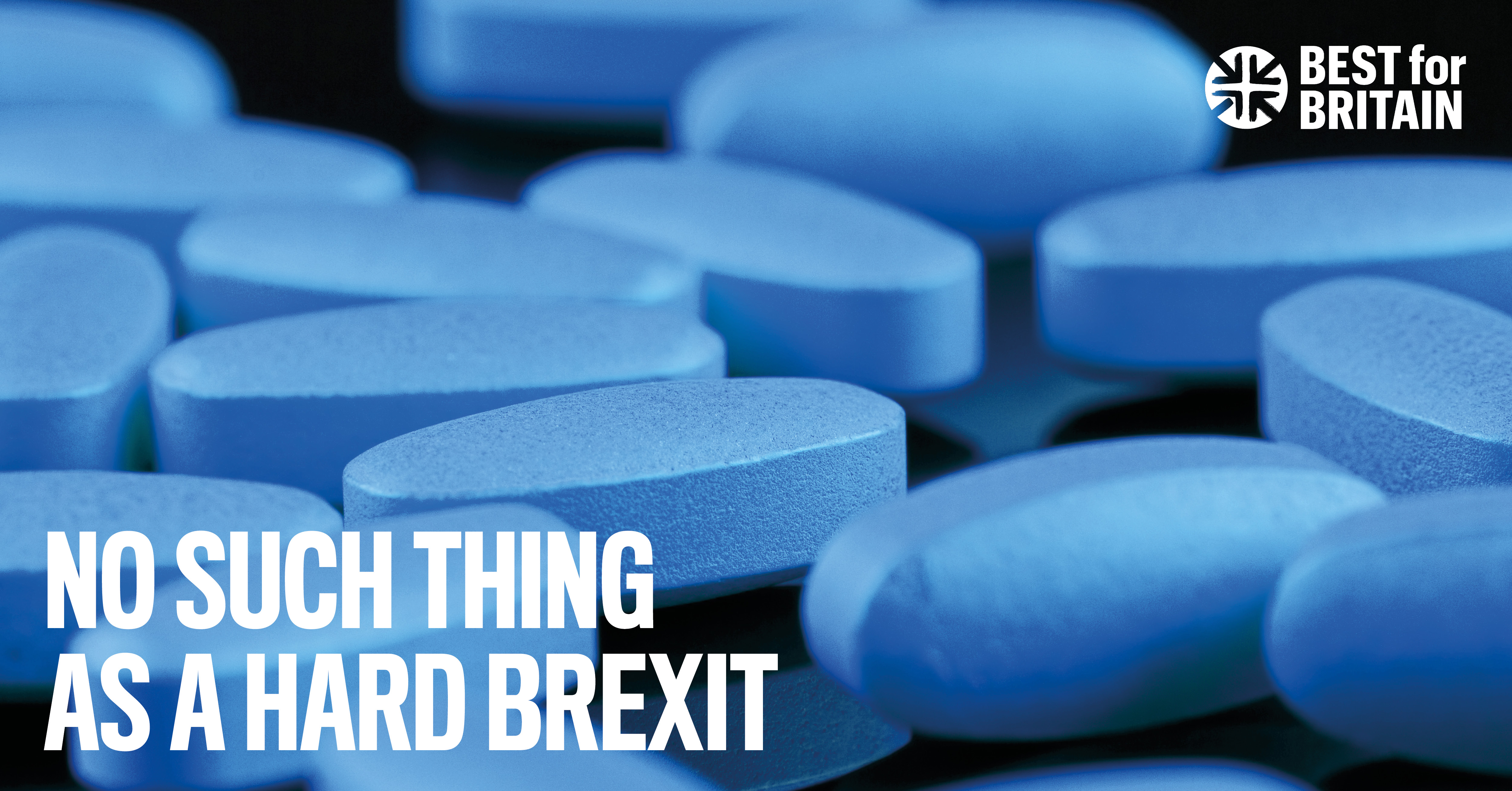 6 Another stiff challenge for the little swimmers

A no deal Brexit risks sperm shortages as EU semen could be blocked from arriving to the UK. Technical papers unveiled in August 2018 revealed that thousands of sperm samples are imported from Denmark every year - but if the UK exits the bloc without an agreement this supply would be held up at the border, making it harder for the little swimmers to reach our sperm banks.

Every year, around 2,500 men and women in the UK have a baby with the help of a sperm donor, and the UK is heavily reliant on foreign sperm. Recent figures show 3,000 sperm samples from Denmark alone were imported to the UK in 2017. But like all imports, these could be affected by Brexit if these thousands of samples are held at the border, unaccounted for by trade agreements.

British mobile users could faces roaming fees abroad according to a little noticed government regulation spotted by the Huffington Post last week, making calls to loved ones from abroad much harder.

8 Four Weddings and a Funeral

No deal means no netflix abroad for UK citizens. This means Brits could be barred from watching their favourite rom coms if they go holiday. Under the EU-wide "portability regulation", which took force in April, citizens can access Netflix and Spotify accounts set up and based in one country while visiting other member states.

But a government technical notice warned that "the portability regulation will cease to apply to UK nationals when they travel to the EU."

If you're suffering from a broken heart and in the market for a new one, a no deal Brexit could put you in peril. 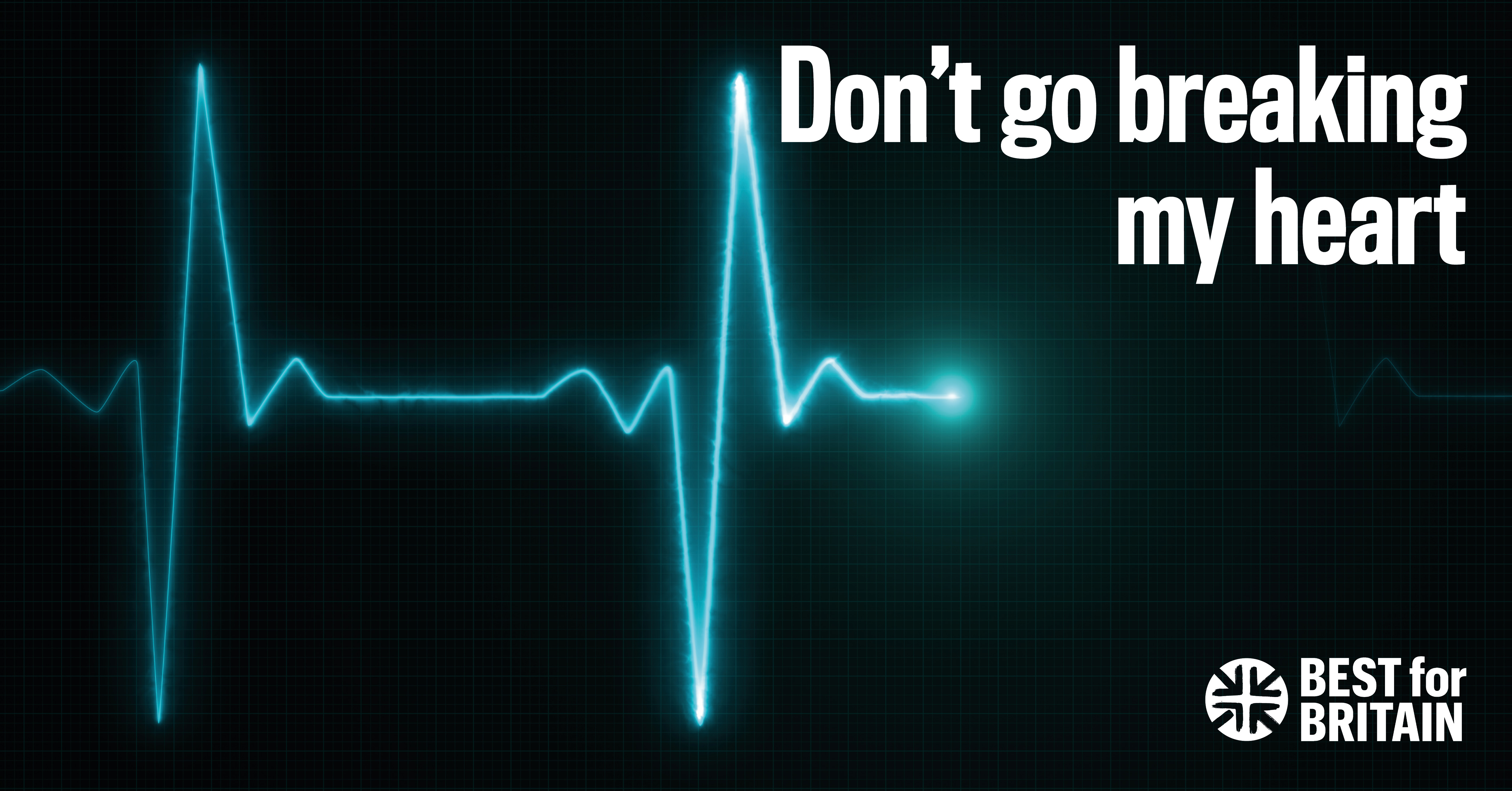 A no deal exit could cause delays at UK borders that endanger time-sensitive transplant operations, including heart transplant procedures. The British Heart Foundation has warned of live-threatening shortages if we leave the bloc without an agreement in place.

The International Air Transport Association (IATA) has warned up to 5 million plane tickets could be cancelled if there is no deal. This could make trips to see faraway loved ones more difficult if we leave with no agreement by 29th March.

11 It's complicated: divorce and family seperation

A no deal Brexit could make divorce family separations more difficult. The UK will cease to be part of co-operation between EU family courts on 29 March 2019 if we leave without a deal.

Instead the UK will fall back on legal conventions drawn up in The Hague. But these are complicated and do not cover every area of family law.

The Erasmus scheme has been responsible for one million babies, with more than a quarter of those who take part in the programme meeting their long-term partner while studying abroad, a study by European Commission has revealed.