Failure to reach an agreement with the EU in post-Brexit trade talks could hit Britain’s economy three times harder in the long term than coronavirus.

A report by think tank UK in a changing Europe, based on modelling with the London School of Economics, said the impacts of coronavirus may mitigate or obscure the impact of a no-deal exit - but not forming an agreement with Brussels would have a significant impact in the long term. 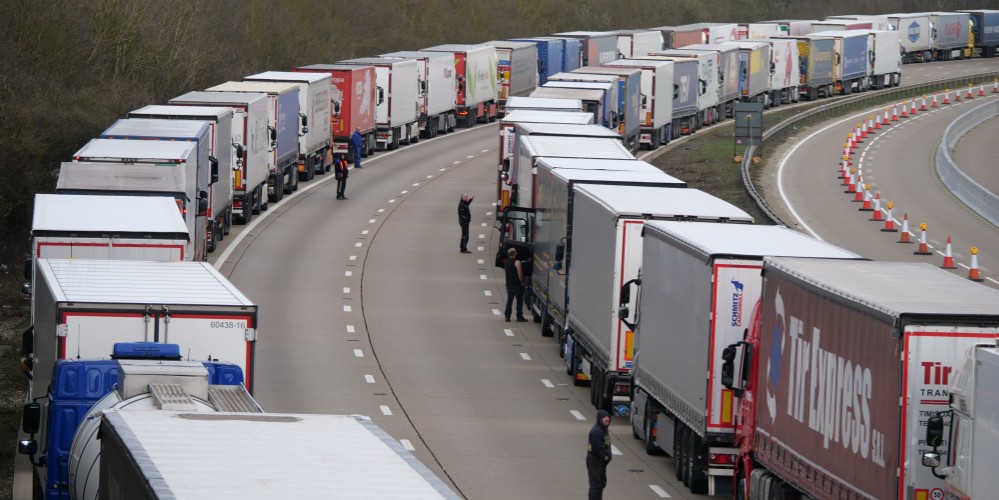 The report also warned that queues at the border, shortages of fresh food and medicine and more “hassle” travelling to the continent were also possible consequences of a failure to strike a deal.

"Right now, the Government's inability to get a grip on the pandemic is forming a lethal combination with its failure to strike a decent trade deal with the EU.

"The immediate impact of a failure to secure a comprehensive trade deal may be overshadowed by COVID, but taken together these two factors will create a toxic mix for recovering businesses in the New Year.

"The UK Government must act before it's too late. As we prepare for another wave of this deadly virus, the country deserves better than a bad Brexit."

What does the report say?

The UK in a Changing Europe report, based on modelling with the London School of Economics, said the impacts of coronavirus may mitigate or obscure the impact of a no-deal exit.

But it warned that not forming an agreement with Brussels would have a significant impact in the long term.

The authors wrote: “The claim that the economic impacts of Covid-19 dwarf those of Brexit is almost certainly correct in the short term.

“Not even the most pessimistic scenarios suggest that a no-deal Brexit would lead to a fall in output comparable to that seen in the second quarter of 2020.

“However – assuming a reasonably strong recovery, and that government policies succeed in avoiding persistent mass unemployment – in the long run, Brexit is likely to be more significant.

“Our modelling with LSE of the impact of a no-deal Brexit suggests that the total cost to the UK economy over the longer term will be two to three times as large as that implied by the Bank of England’s forecast for the impact of Covid-19.”

The transition period, which kept the UK aligned to the EU’s single market and customs union rules to allow trade to flow smoothly after Brexit, expires at the end of the year unless both sides agree to an extension – something Boris Johnson has ruled out.

Trade deal talks between the two sides are continuing, but the Prime Minister has set a deadline of October 15 for an agreement to be reached, otherwise he has said he will simply walk away from the negotiating table.

Professor Anand Menon, director of the UK in a Changing Europe, said: “While the Prime Minister said no deal is a ‘good outcome’ our report shows that it may lead to significant disruption and will have a significant negative economic impact.

“As significant will be the political fallout of no deal, particularly with the UK and EU, but also inside the UK, particularly Northern Ireland, and internationally too.”