Pay to Play: So you want to be a touring musician? Better have deep pockets

By Flo Hutchings,
Best for Britain's Head of External Affairs 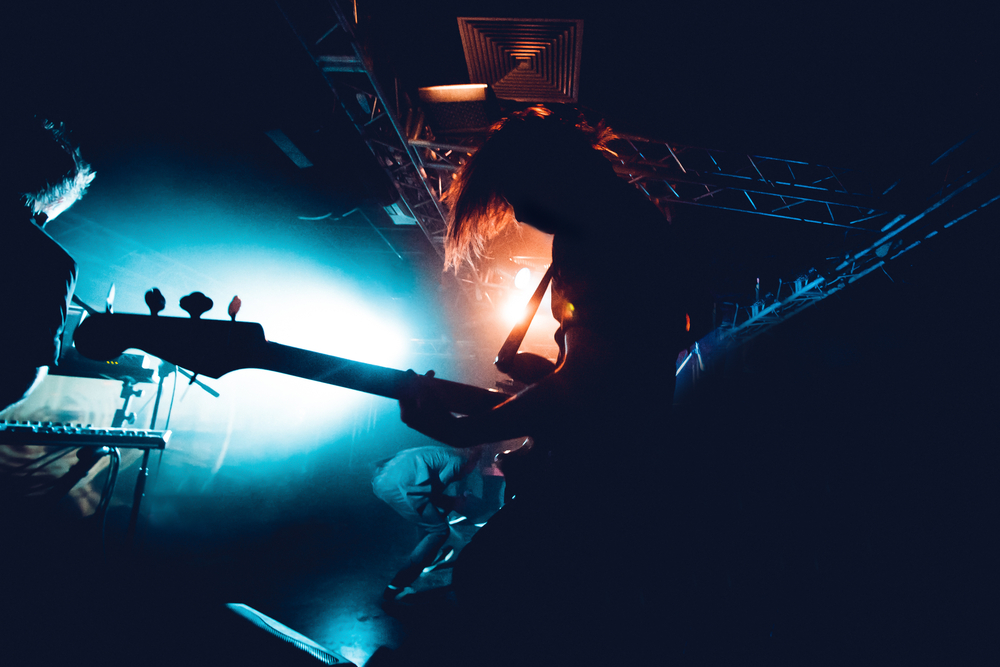 Britain rocks. It swings and it bops, and its musical heritage embraces everything from folk and Baroque to glam and grime.

Music is one of the things that has remained cool about Britain, even as our international reputation has blundered into the bin marked ‘Dad Dancing’.

And music is big business; or it should be.

In 2019, before Covid arrived like a viral wrecking ball, music contributed £5.8billion to the UK economy, and a healthy £2.9billion of export revenue.

As if Covid wasn’t enough, the British music industry has had to contend with the fallout from Brexit.

The big earners of popular music have been vociferous, including Sir Elton John, Ronan Keating and Radiohead’s Colin Greenwood, but what is the reality for those who make a living from touring as musicians?

Robin Rimbaud’s career in electronic music stretches back to the 1980s and, in the decades since, he has released more than a dozen albums, mostly under his stage name Scanner. 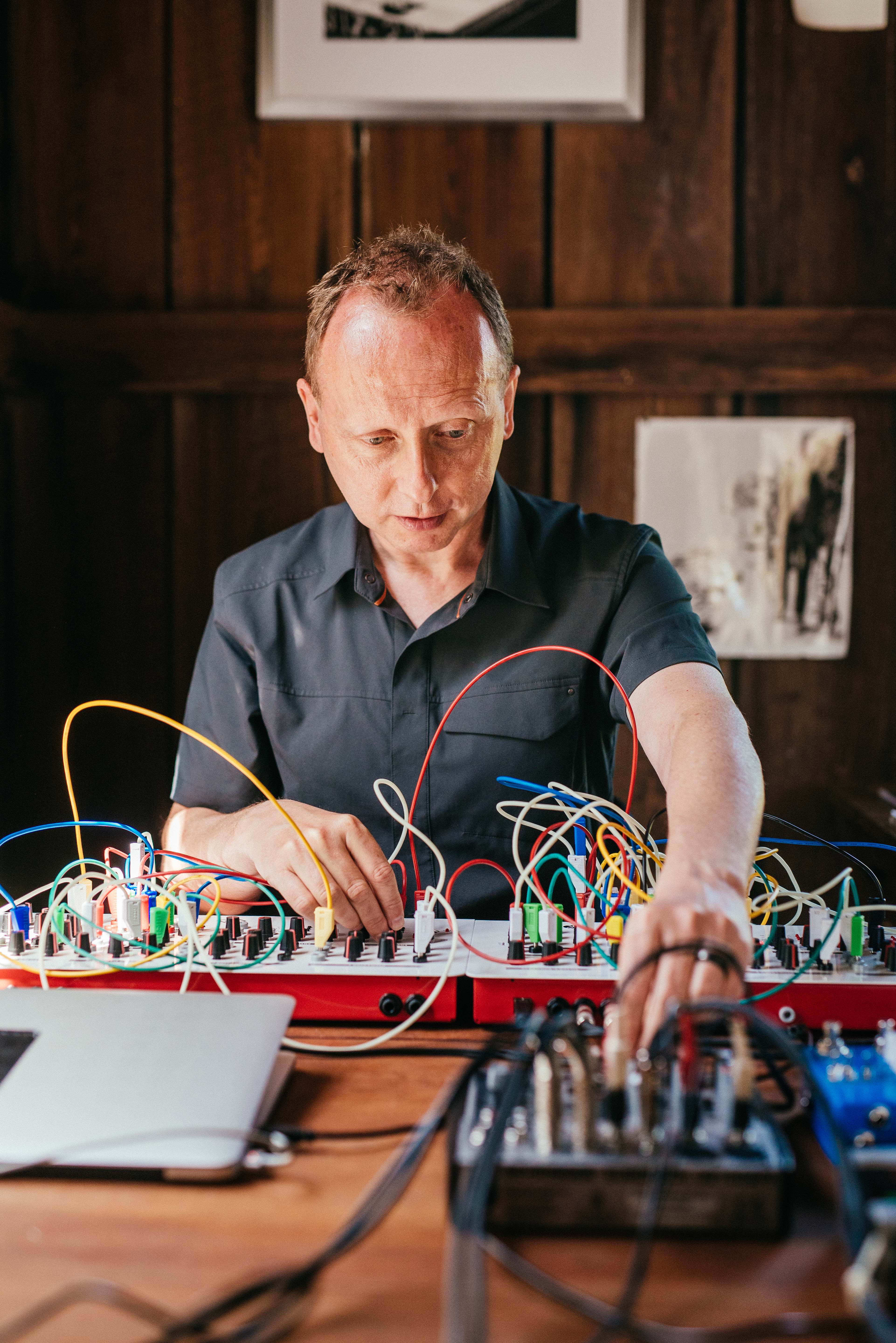 He has collaborated with the likes of Michael Nyman and Ballet Rambert, and built up a loyal following, not least through his live performances, both here and abroad. In fact, Robin says most of his income over the years has come from the EU.

In short, he’s not new to the game. Robin has penned a blog about the obstacles he – and every other British musician – now faces if they want to play a gig in Europe.

He says it was written ‘…in anger and sheer exasperation and, to be honest, partly with a broken heart’.

Robin details the new bureaucracy and costs that UK artists face if they want to play in the EU – and, of course, there’s a new obstacle course for European artists wanting to play in the UK too.

No pain, no Spain

Last week Robin was invited to play at a festival in north-west Spain. Up until a few weeks ago, Covid-permitting, he could have sorted out flights and accommodation quickly, and been in Spain within days if necessary.

Since January 1st, Robin now needs a work visa for the trip. As it’s a short visit, a C-type EET visa is in order.

To complete the Spain Business Visa Application form, he needs some new passport photos, a work certificate from the promoter stating his ‘position’, ‘salary’, and date of starting, plus a letter of invitation written in Spanish justifying the trip.

That’s only the beginning of the post-Brexit shopping list.

Robin now needs Spanish travel health insurance, and proof that he can afford to be in Spain.

Here in my carnet

Robin has to travel to either London, Manchester or Edinburgh for a visa interview. This is for a gig in Spain, remember, not China.

That’s a £103 train trip, a day away from work, and a bunch of fingerprinting and face-scanning, because Big Brother never misses an opportunity.

So, that’s Robin’s paperwork under way. But he’s a musician: he has equipment as well, in his case a modular synthesiser set-up that he can’t just borrow from someone in Bilbao or Madrid.

He must apply for a carnet to accompany his gear, recording every piece of equipment – serial numbers, weight, country of origin (not always easy depending on the individual parts of his electronic orchestra).

The carnet will last for just 12 months and – kerching – will set Robin back another £360.

Because he frequently travels with different equipment, Robin has been advised to add all the equipment he owns, to ensure it’s all covered.

And if he gets (or is given) some new kit? He’ll have to get a new carnet.

The carnet will be stamped at every border crossing and, as Robin points out, it’s possible a customs officer will want to inspect his freight.

You may think that is a minor inconvenience but, for an artist flying in on the day of a performance, factoring that risk in could mean having to spend an extra day abroad. That’s time and money.

These are stamped by HMRC to ensure Britons don’t get taxed at source in the EU, as well as by the UK.

Robin says the forms must be applied for online – and can take up to three months to arrive in the post. There’s another planning headache just waiting to descend at a most inopportune moment.

Anyone who’s travelled with a gigging band knows there are recordings, T-shirts and other merch to shift. Well, now the band will have to settle all the taxes on these in the foreign country and have an EORI number for the goods.

Robin is candid about how hard the last year has been – he’s earning less than when he was in his first job back in 1987.

As an independent artist, he was encouraged to set up a limited company – and, as a result, has been excluded from any Government support or furlough throughout Covid.

That makes him one of at least 3million taxpayers denied even minimal support through no fault of their own, a situation so disturbing that it has prompted MPs of all parties to form the largest All-Party Parliamentary Group in history to campaign for help.

Now, as Robin tries to work out how to get back in the game, it’s one barrier after another.

The challenges listed above are for one performer making a single trip to Spain. And they apply behind the scenes as well, to lighting engineers, sound crew, staging specialists of all sorts.

As Robin says: ‘This Spanish admin adventure would need to be repeated for each of the EU countries I need to work in too. And don’t forget this affects all EU artists now visiting to perform in the UK.’

To cover the admin for his Spanish gig, Robin would need to stump up the thick end of £1,000 long before he got any money for his work … assuming Covid didn’t derail the whole thing.

And, if that burden is passed to promoters, it’s yet another reason not to take a chance on new talent. Fees for playing small venues are oftentimes less than £200 – there’s simply no way to make money if you’re a breakthrough artist.

Brother, can you spare a dime?

Britain, so long a breeding ground for musical talent from all backgrounds, has manoeuvred itself into a position where only those with spare money will be able to tour in Europe.

Even if you can be bothered with the paperwork, have a mate with a Transit, and don’t mind kipping on couches and floors, the new rules are a tax on talent.

Welcome to a world where you have to pay to play.

Even the older hands can’t make the figures work, so young talent has no chance.

Robin says: ‘It’s most likely that I will have to, sadly, decline this invitation, and others in the future too. The fee for this show would be wiped out by the financial costs and weight of bureaucracy.

‘I love music. I love performing and, most of all, I love the people and the world that inhabits it. It was nice while it lasted.’

If you believe Britain should be supporting its musicians, use our easy online tool to contact your MP, and urge them to support free movement for touring artists