With this government, It’s not just the Prime Minister who travels in style, but more on that ridiculous plane paint job later. It’s been reported that the government spends more than £500,000 a year chauffeuring ministerial documents in an eight-vehicle fleet.

That’s right, while you walk or get the bus, these chancers have their notepads caddied around like royalty. 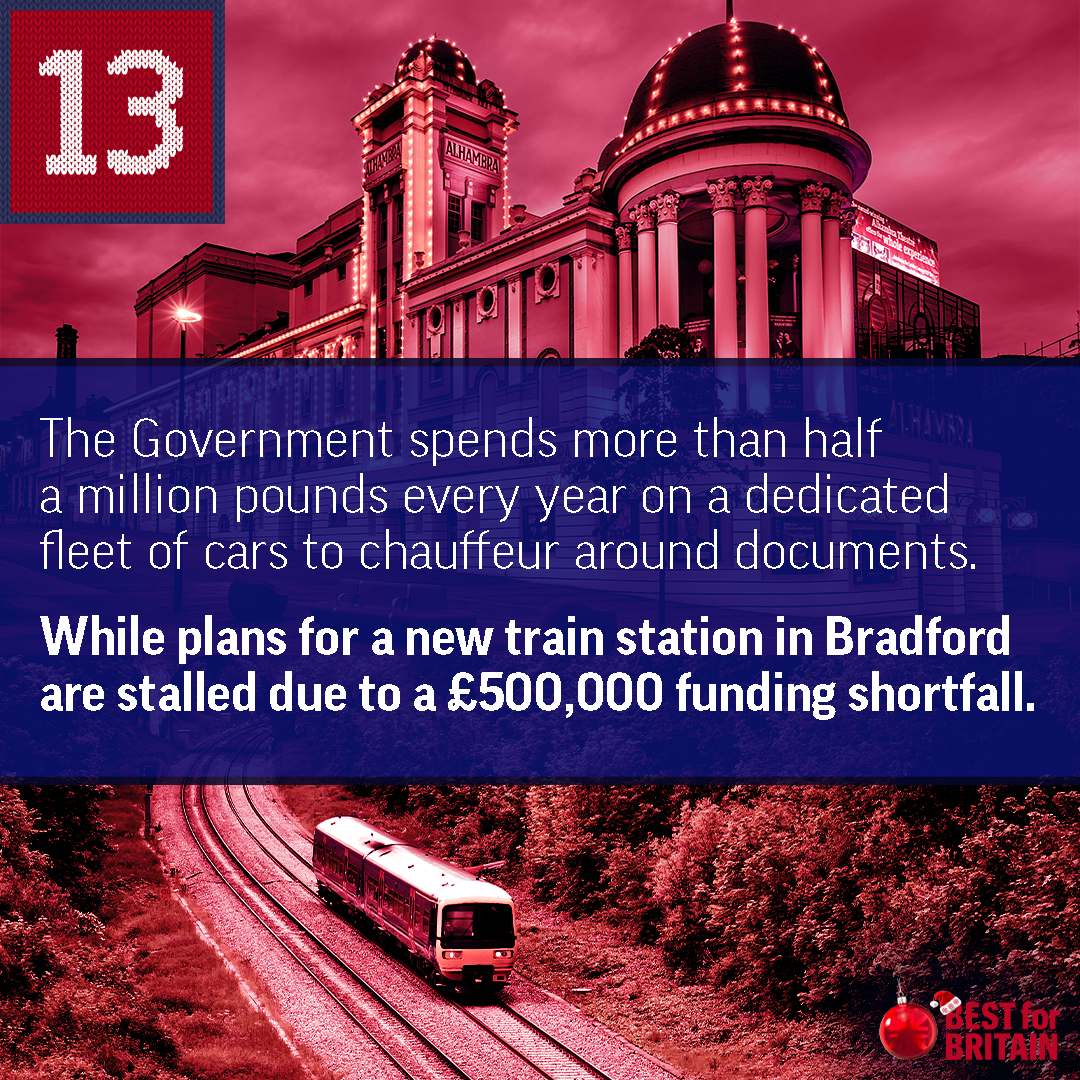 We’re not saying government documents shouldnt be transported securely but when email exists and we’re all supposed to be going green, this all seems a bit excessive particularly considering what else this money could buy.

Bradford was promised a new train station - something that would bring better connectivity and more green transport options to many people across the whole of the North.

But the station is experiencing a funding shortfall of roughly half a million - the exact same amount that it costs for the government to transport its papers in such a stately fashion.

Imagine if the government prioritised the transportation that actually mattered? Imagine if the Government chose to level up lives rather than let paper luxuriate?