Euro squads are a celebration of immigration according to new research

New research from pro-internationalist group Best for Britain reveals that more than half of the team confirmed yesterday to represent England at UEFA Euro 2020 have parents or grandparents from outside the UK, clearly demonstrating the positive impact of immigration to Britain. 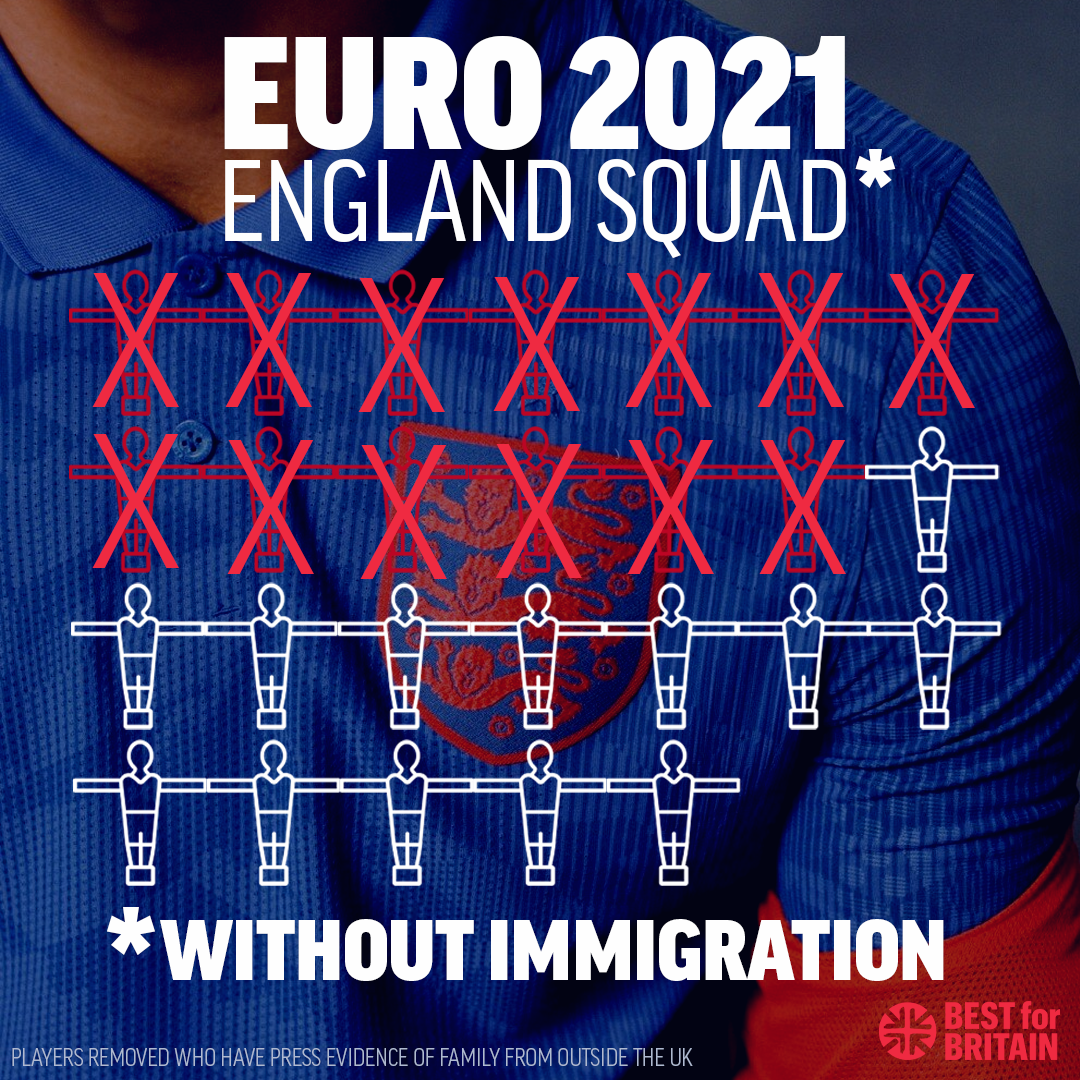 Of the 26-man squad announced by England Manager Gareth Southgate, 13 have close ancestry from nations around the world with many eligible to play for other countries but choosing to wear the Three Lions when given the chance. This includes England Captain, Harry Kane, who qualifies through his dad to play for the Republic of Ireland.

The research also showed that:

It is feared that new hostile immigration policies may deprive national teams of talented players from immigrant backgrounds in the future, while changes to Freedom of Movement may make it more difficult for future British footballers to play across Europe in the same way that several members of the current England squad already do. These negative effects are already impacting Britain’s farming, healthcare, and hospitality sectors.

“Southgate’s final squad, along with those flying the flag for Scotland and Wales, are great examples of the positive legacy of immigration to the UK.

“Our national teams, our health service, our farms and our military are just some of institutions that benefit hugely from immigration. Those seeking to create a new hostile environment for immigrants and their descendants should consider that even beyond the cruelty of their plans, they are likely denying the UK of future talent.”