For UK climate policy, international expectations may be more meaningful than statutory targets.

The need for meaningful action on the climate emergency has emerged as a rare point of political consensus in the UK. But how we take that action, and whether we try to go it alone or work with other nations, is still an open question. 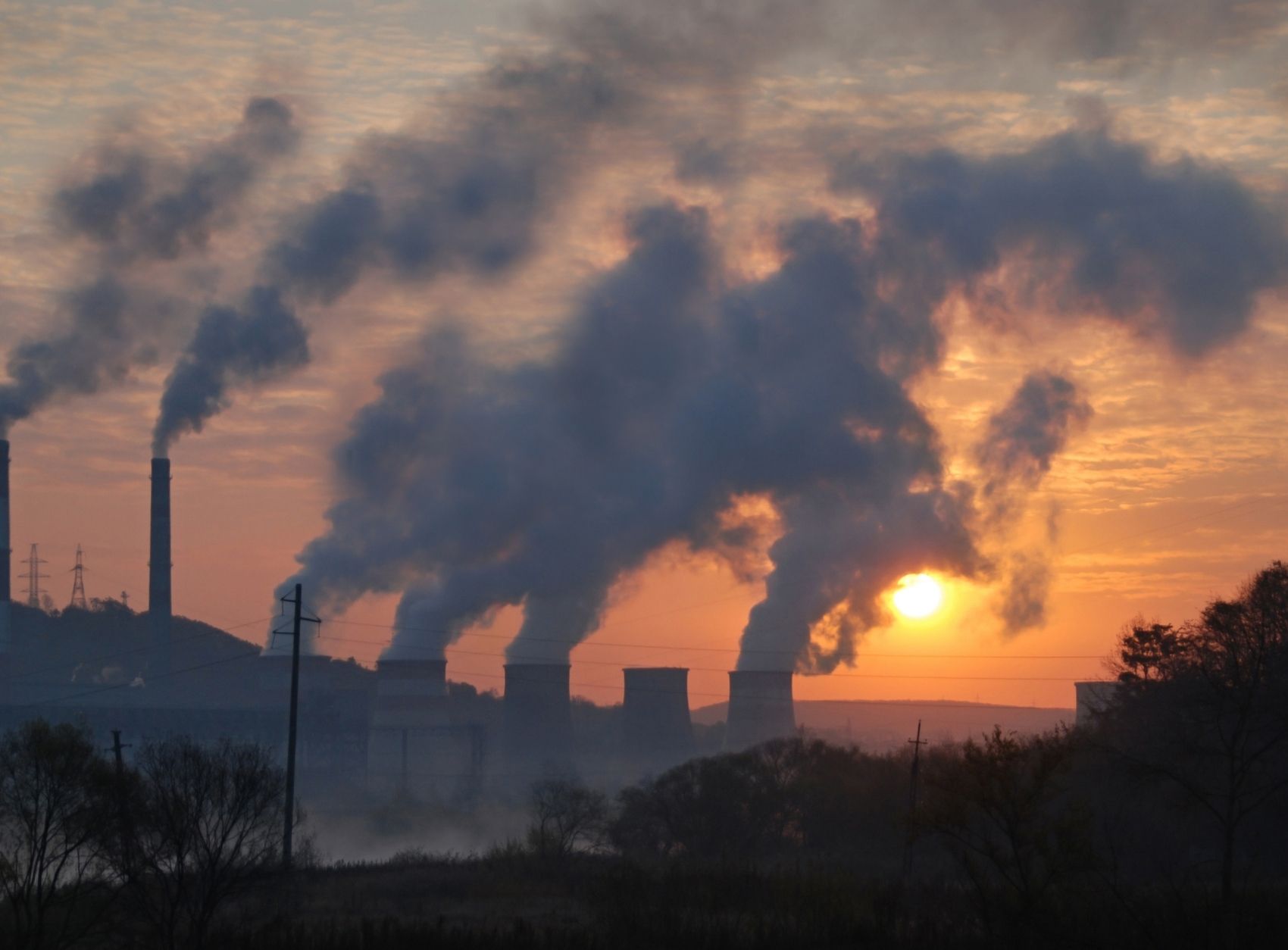 The UK Government has announced domestic and international commitments to protecting the environment and pursuing a fair and green recovery from COVID. In April 2021, the UK enshrined the world’s most ambitious emissions target in law, a 78% reduction by 2035 compared to 1990 levels.

Such enthusiasm and optimism is generally a good thing, particularly when the stakes are so high. But even an existential issue like climate change has not escaped this Government’s tendency to over-promise and under-deliver.

After much fanfare about ‘building back greener’, the £1.5 billion fund for ‘Green Homes’ has been scrapped. The National Infrastructure Bank (NIB) was announced in March 2021, as a cornerstone green policy in an otherwise environmentally unambitious Budget. But the bank is set to deliver just a third of what the UK used to receive from the European Investment Bank. If the NIB cannot even cover the shortfall left by the UK’s exit from the EU, how can it hope to provide the transformative investment needed to reach the Government’s own climate targets?

The Government must do better. Working together with other nations would create a much larger impact than any one nation could achieve on its own, as well as holding this and future Governments to their climate commitments. International bodies might even be better suited to holding nations to account on systemic issues, rather than short-term electoral cycles. They’re certainly better placed to coordinate action across borders.

UK targets, even if they are enshrined in domestic law, can be altered by a future Government. But international expectations, especially in a country that wants to be seen as “world-beating Global Britain”, may prove more powerful in forcing our politicians to keep their promises. Best for Britain’s recent polling showed nearly four fifths (79%) of people think the UK should cooperate with international bodies like the UN and the WTO to tackle climate change. Amongst Conservative voters, that figure rises to 83%.

Fig. 1. Do you think the UK should or should not cooperate with international bodies in the following areas: climate change. 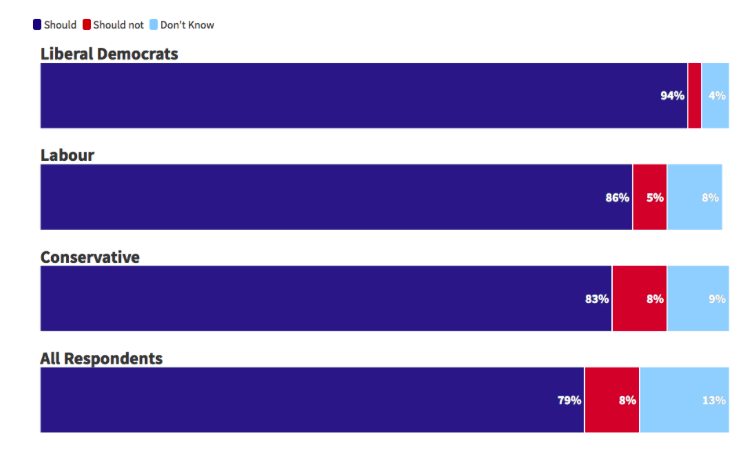 Similarly, 81% thought the UK should cooperate with allies and other countries, while fewer than one in ten thought we should deal with the climate crisis alone. In short, the British public overwhelmingly support an internationalist response to climate change.

Fig. 2. For each of these challenges facing the UK and the world more generally, please say whether you think the UK can best tackle it alone, or whether it should work with other countries/allies to tackle it. 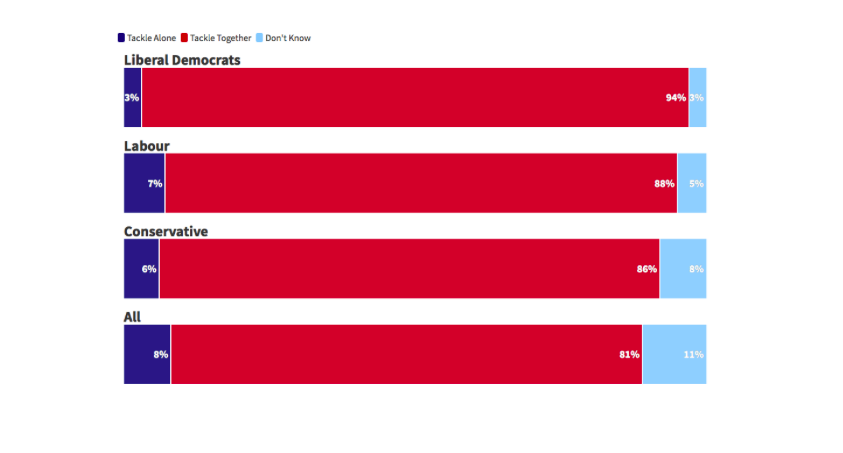 The UK will be hosting the COP26 Climate Summit at the end of 2021. It is an opportunity for the UK to prove to the world it can be a technological and political leader of the climate response. It's a real chance for the UK to use  its leadership position and diplomatic leverage to make its targets a reality. But it also means the UK is under a microscope, and ‘greenwashed’ policies or straight-forwarded hypocrisy will not go unnoticed. In March 2021, the UK Government’s proposed coal mine in Cumbria was roundly denounced, not least by the USA’s Special Envoy for climate, John Kerry. Plans for the mine were quickly shelved and forgotten, but our allies will surely have longer memories.

The British public listed leading the response to climate change as one of their two top priorities for the UK (the other being helping end poverty and world hunger). But they want the UK to lead by example and cooperation, not by unilateral action and empty promises.

Fig. 3. Now think about the UK’s responsibilities. Which are most important to you? (Select up to 3) 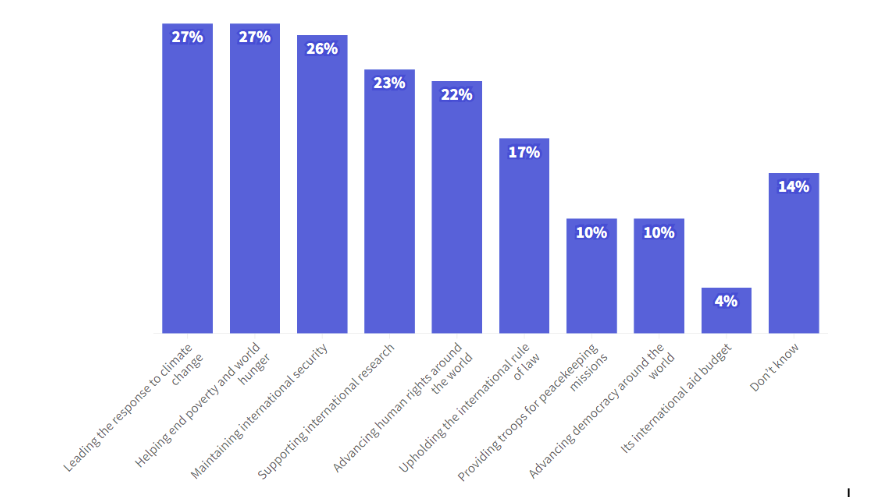 International alliances can be harnessed to create real momentum behind meaningful climate action.  International cooperation on the world’s greatest challenges is how countries around the world hold each other to account. Best for Britain’s polling reveals an intuitive truth about climate policy which our leaders would do well to listen to: global problems are solved with global alliances.

If you want to see Best for Britain continue to commission polling and promoting cross-border working between countries, consider becoming a regular donor. You can find out more here.

The polling included in this post was commissioned by Best for Britain and conducted by Number Cruncher Politics. 3,004 UK adults were polled between 8th and 18th March 2021. Responses are weighted to the profile of the population.