Today MPs will vote on an amendment to the Police, Crime, Sentencing and Courts Bill that will protect the right to peaceful protest outside the Houses of Parliament. 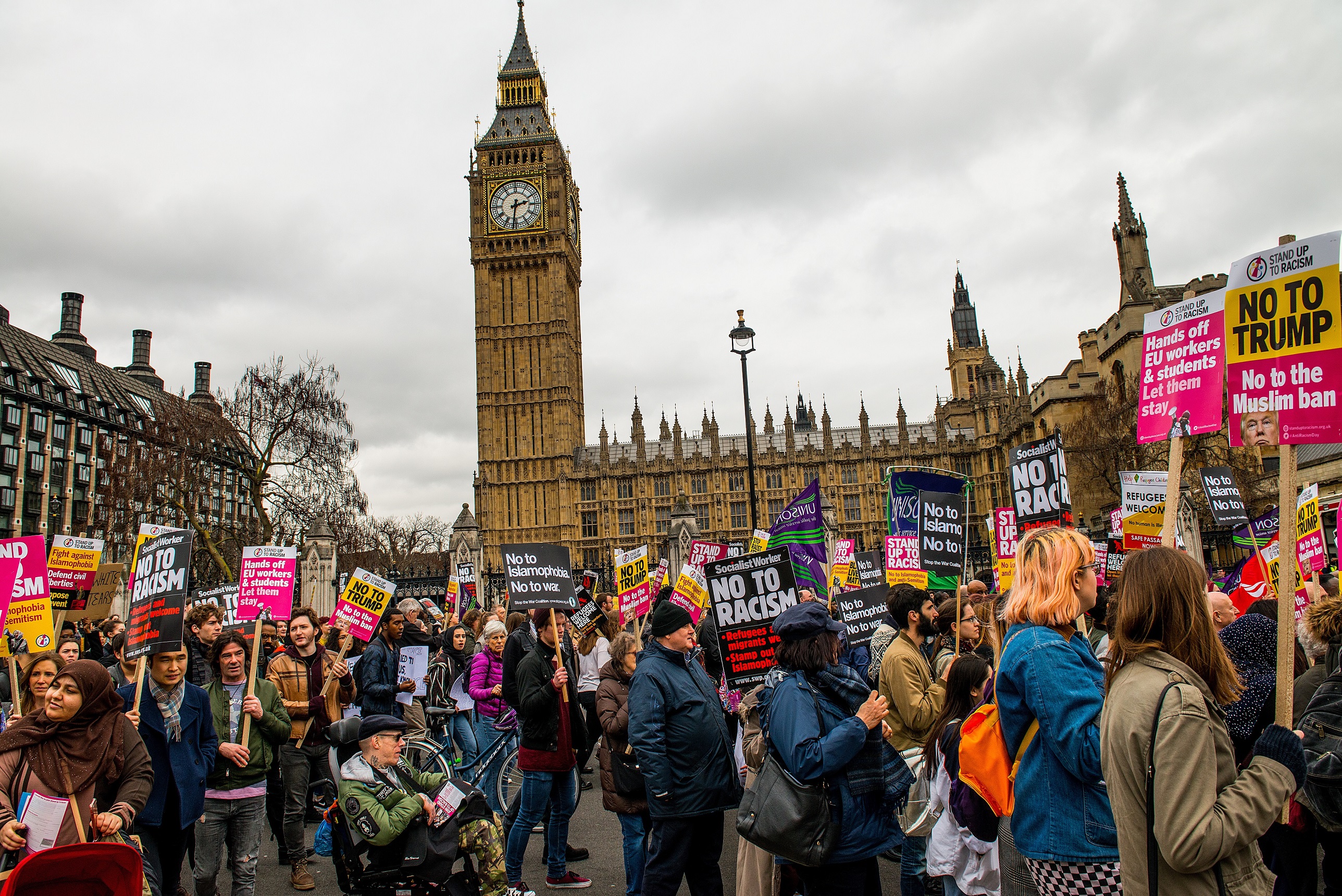 As originally presented to MPs, the Bill would have prevented any large scale peaceful demonstrations from taking place in Parliament Square, Whitehall or Downing Street, in what has been widely criticised as a blatant attack on democratic freedom.

Unamended, the Bill would make large scale demonstrations virtually impossible, such as the demonstrations against the Iraq War, the Countryside Alliance march and the Brexit Day of Celebration.

The Bill originally passed through the Commons, but last month the government suffered a heavy defeat in the House of Lords when Peers voted by 236 votes to 158 in favour of amendments coordinated by internationalist group Best for Britain and drafted with the assistance of former Attorney General Dominic Grieve QC.

The amendment would protect this fundamental right by ensuring that legal avenues for people to protest would remain available. The amended clause is now returning to the House of Commons in what some Tory MPs see as a chance to restore order and trust following a turbulent couple of months for the Conservative party.

“We want to see most of this bill thrown out but are committed to using every procedural avenue to remove the worst parts which target the very foundation of our democracy.

“Our victory in the Lords last month means MPs have a decision to make: will they protect our long history of democratic freedoms, or turn a blind eye to creeping authoritarianism?”

“Many have lost trust in politics over the last few months and, unamended, the Policing Bill risks eroding it further.

“The right to protest is essential for any democracy and we must take this opportunity to show our voters that we are still the party of both law and order and freedom of speech.”

“It is a prerequisite of a functioning democracy that people’s voices are heard, and at a time when political trust is low, this is more important than ever.

“MPs have another chance now to do the right thing and ensure the right to peaceful protest outside the mother of parliaments is safeguarded for many years to come.”