Priti Patel, the Home Secretary, has unveiled a new law that creates a new more hostile environment in the UK for people fleeing poverty, war and opression overseas and seeking asylum here as refugees. 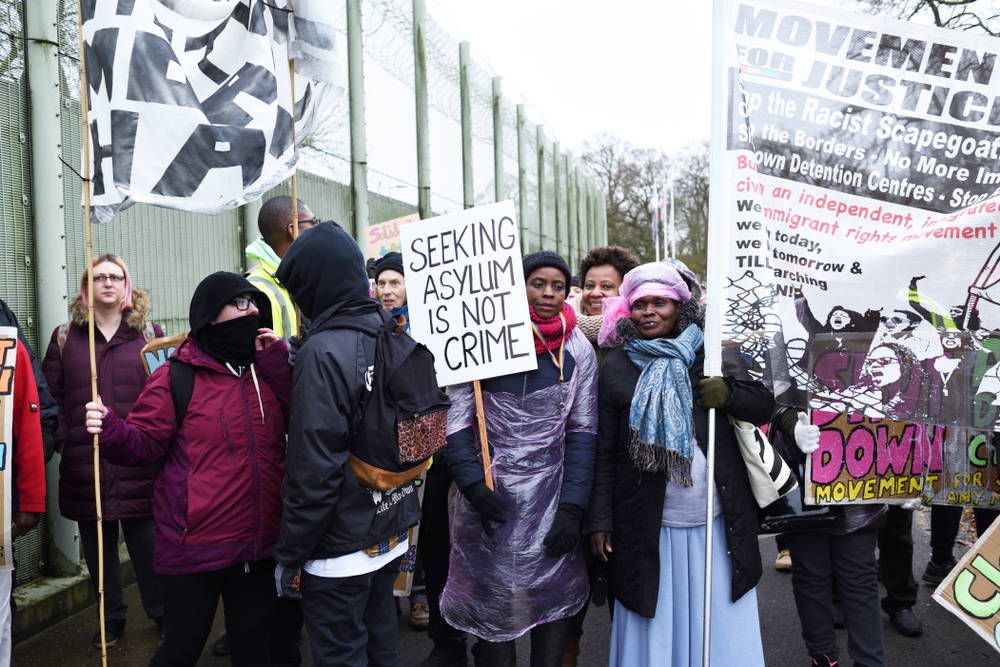 The new Nationality and Borders Bill would make it a crime for asylum seekers to "knowingly arrive in the UK without permission" and make it illegal for anyone to assist an asylum seeker to enter the country. The Law Society of England and Wales has warned the plans are likely to breach UK obligations under the 1951 UN Refugee Convention, the cornerstone of international asylum law.

"Punishing asylum-seekers who reach our shores by any irregular routes – such as by boat – would create a two-tier asylum system and overturn an international agreement.” @LawSocPresident tells @BBCNews as the UK govt looks to overhaul the asylum system https://t.co/hgsZI64WZK pic.twitter.com/Ej56VDuO4l

“The new legislation set out by the Home Secretary today shows a blatant disregard for both our international obligations and of Britain’s proud history defending the oppressed and giving shelter to those in need of protection.

“Outsourcing our asylum processes and threatening other countries with petty sanctions makes a mockery of ‘taking back control’ and ‘Global Britain’. All nations have a duty to protect refugees and our government is no exception.”