Labour has taken the lead in new 22,000 MRP poll conducted by FocalData.

The Conservative party is already losing their recenlty-found stronghold in the “red wall” seats that secured the 2019 general election for Boris Johnson, according to a new poll conducted throughout December.

Over 22,000 people were surveyed in a constituency-by-constituency poll, which predicts that neither the Conservatives nor Labour would win an outright majority if an election were held tomorrow. 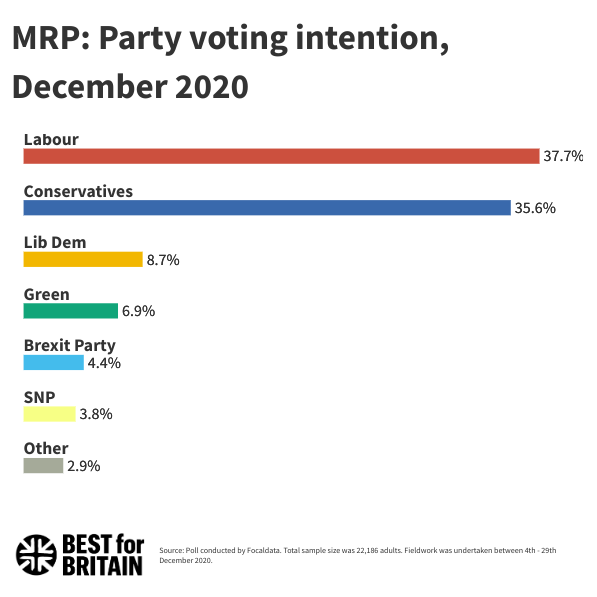 "While the next election could still be some years off, this latest seat level model shows that the public is losing confidence in the government. While Labour have taken the lead on vote share, the first past the post system still means the Conservatives get the most seats, but fall short of being able to form a government. The data will be cause for concern in Number 10 and CCHQ alike.

"The figures are perhaps unsurprising given the UK's comparatively woeful covid and economic statistics, combined with poor and inconsistent government comms around Christmas restrictions.

According to the poll, if an election was held now, the prime minister would even lose his own seat of Uxbridge and Ruislip South. With a majority of 5,034 at the 2019 General Election, which was the smallest of any sitting prime minister since 1924, could Conservative grandees take matters into their own hands in the coming weeks and months? 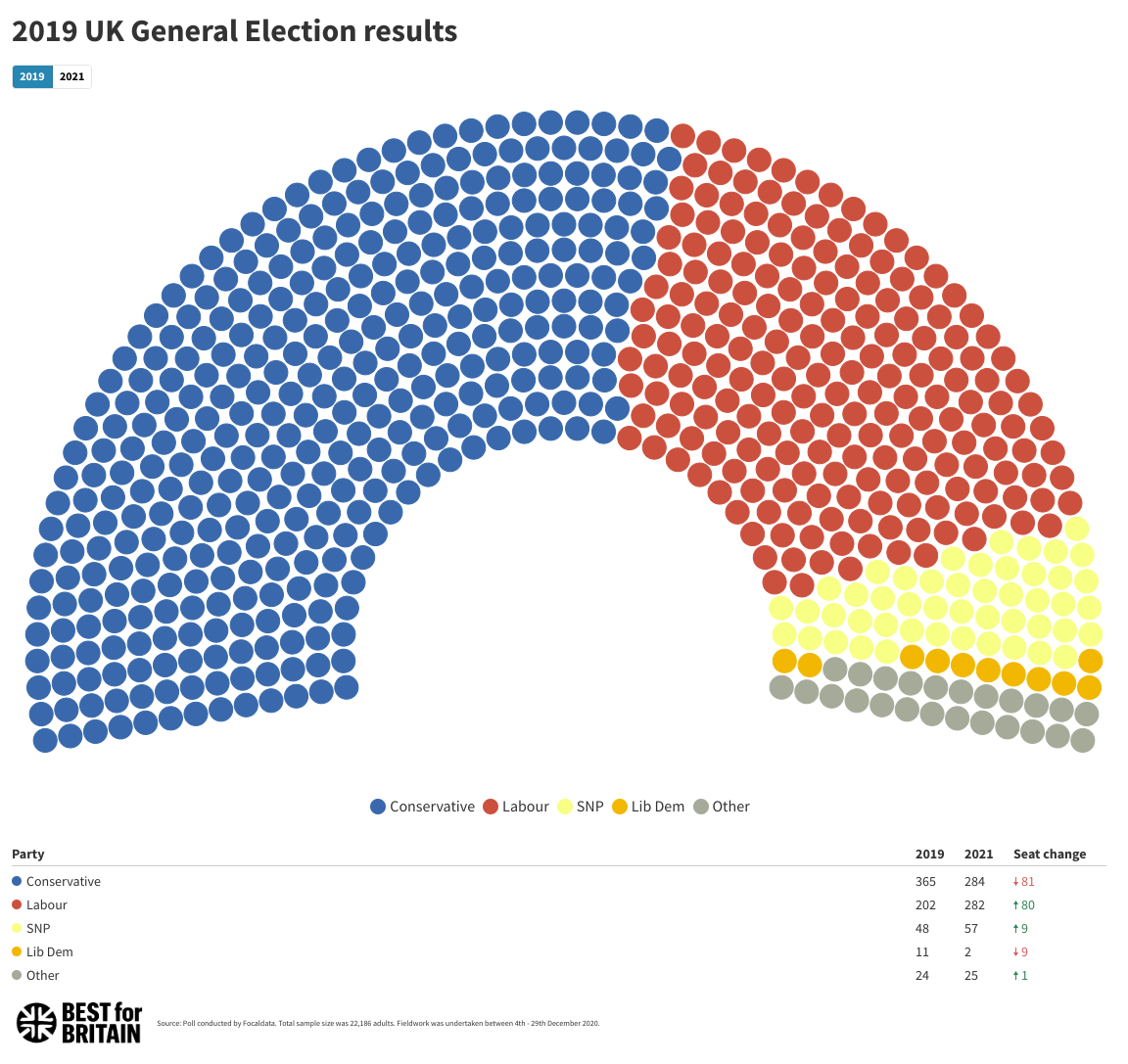 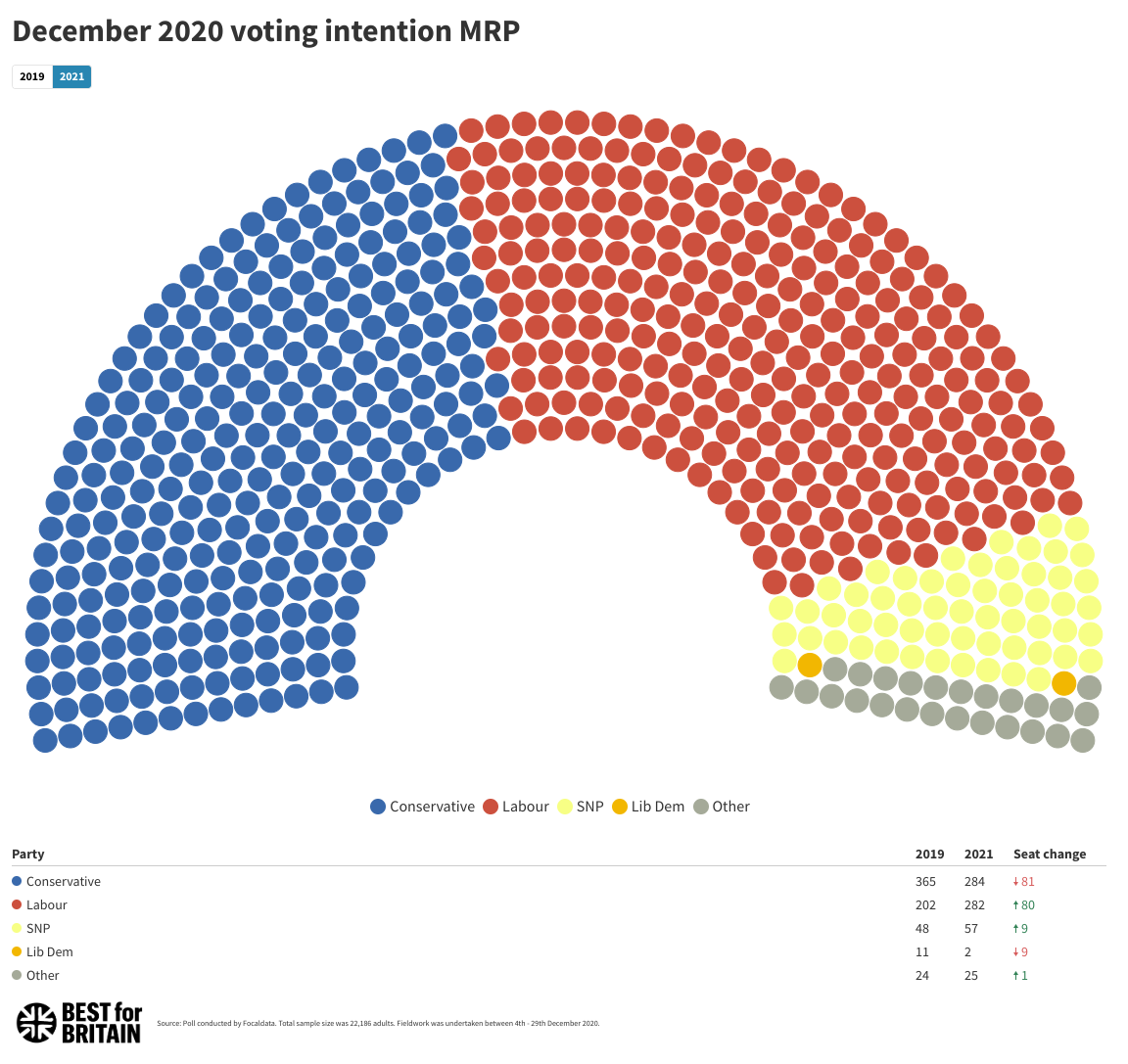 The Conservatives keep 8 of the 43 red wall seats

Labour is also predicted to win five London seats from the Conservatives;