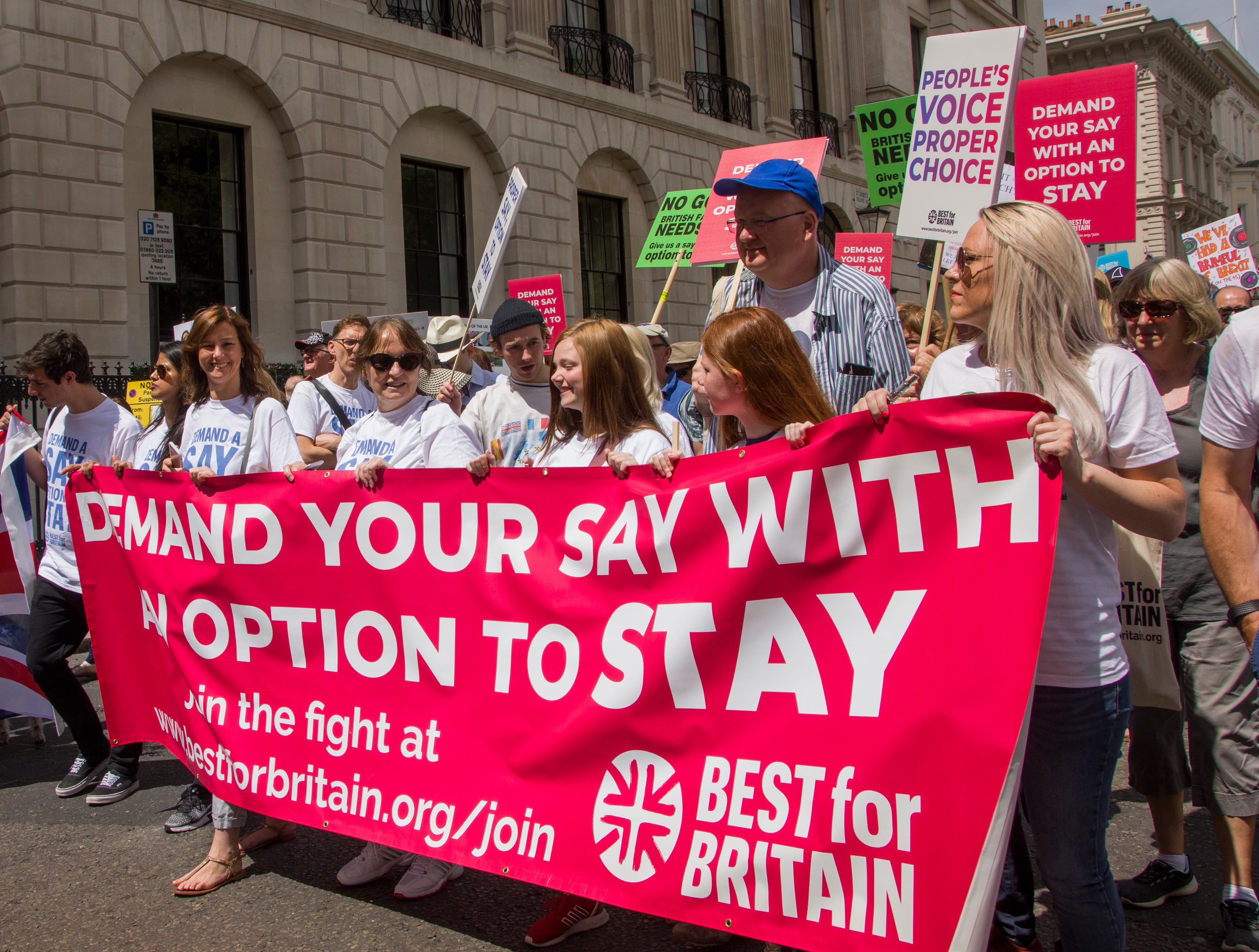 The first March for a People's Vote in June was a huge success, with over 100,000 people coming together to demand a people's vote on the final Brexit deal. Best for Britain is working with People's Vote to make sure the next protest is even bigger.

On Saturday 20th October we are standing with thousands of people from all over the country. Speaking with one voice. Demanding the people get the final say on the Brexit deal with an option to stay in Europe. Come with us.

You can wear your demand for a final say. Get your hoodies and t-shirts here.

More details will be added closer to the time.