The team here at Best for Britain have joined forces with campaign group Hope Not Hate to produce the first full analysis of changing attitudes on Brexit at a constituency-by-constituency level in the UK.

Our exciting new research, first revealed exclusively in The Observer this Sunday, shows that a majority of UK constituencies would now vote to stay in the EU. This monumental shift in public opinion is evidence that politicians won’t be able to ignore as we enter the most crucial stage of our campaign for the people to have the final say on the Brexit deal with the option to remain. 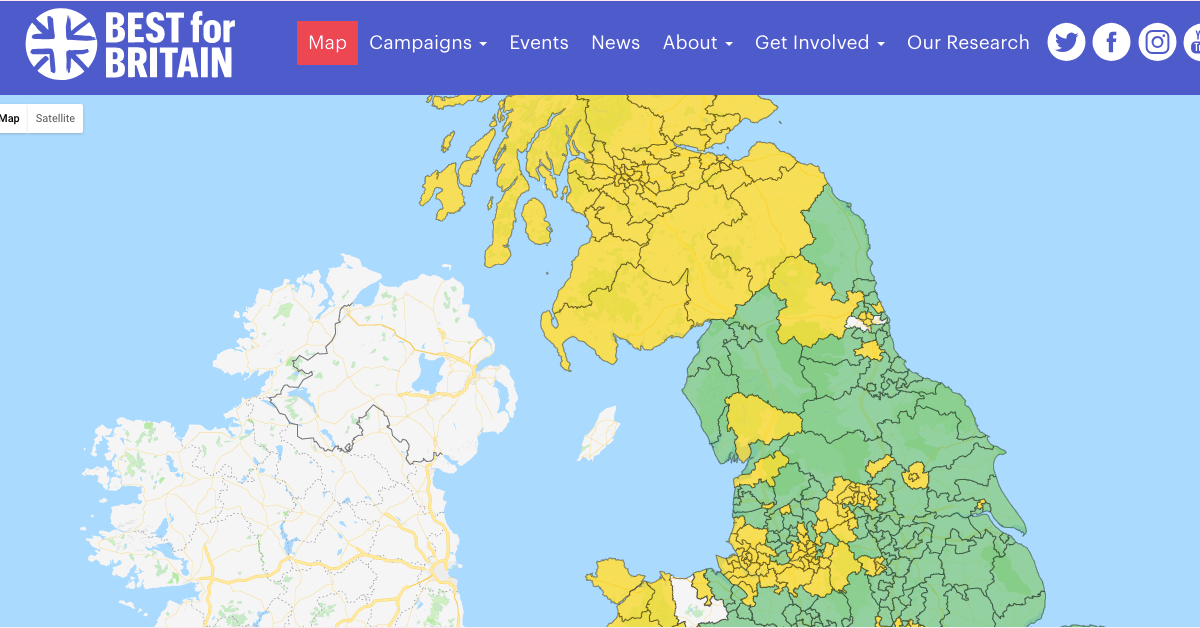 Our key findings include

Click here to see our interactive map, where you can see the picture in your local area.

This analysis is a key tool in our fight for the people to have the final say on the terms of Brexit, with the options to stay in the EU.

People across the UK have witnessed the last two years of uncertainty with dismay and are thinking differently. Now the numbers are starting to prove it.

If you're one of the millions of people with growing concern about Brexit, join our campaign today