At Best for Britain, we often consider the people, organisations and values that represent the very Best OF Britain. And the public response to the Government's call for us to sponsor Ukrainian refugees and bring them into our homes, certainly fits that bill.

It has been heartwarming to see tens of thousands of us offering sanctuary to those fleeing the war, and doubly so that many have called on the Government to extend the scheme to refugees from other countries too, including Afghanistan and Syria. 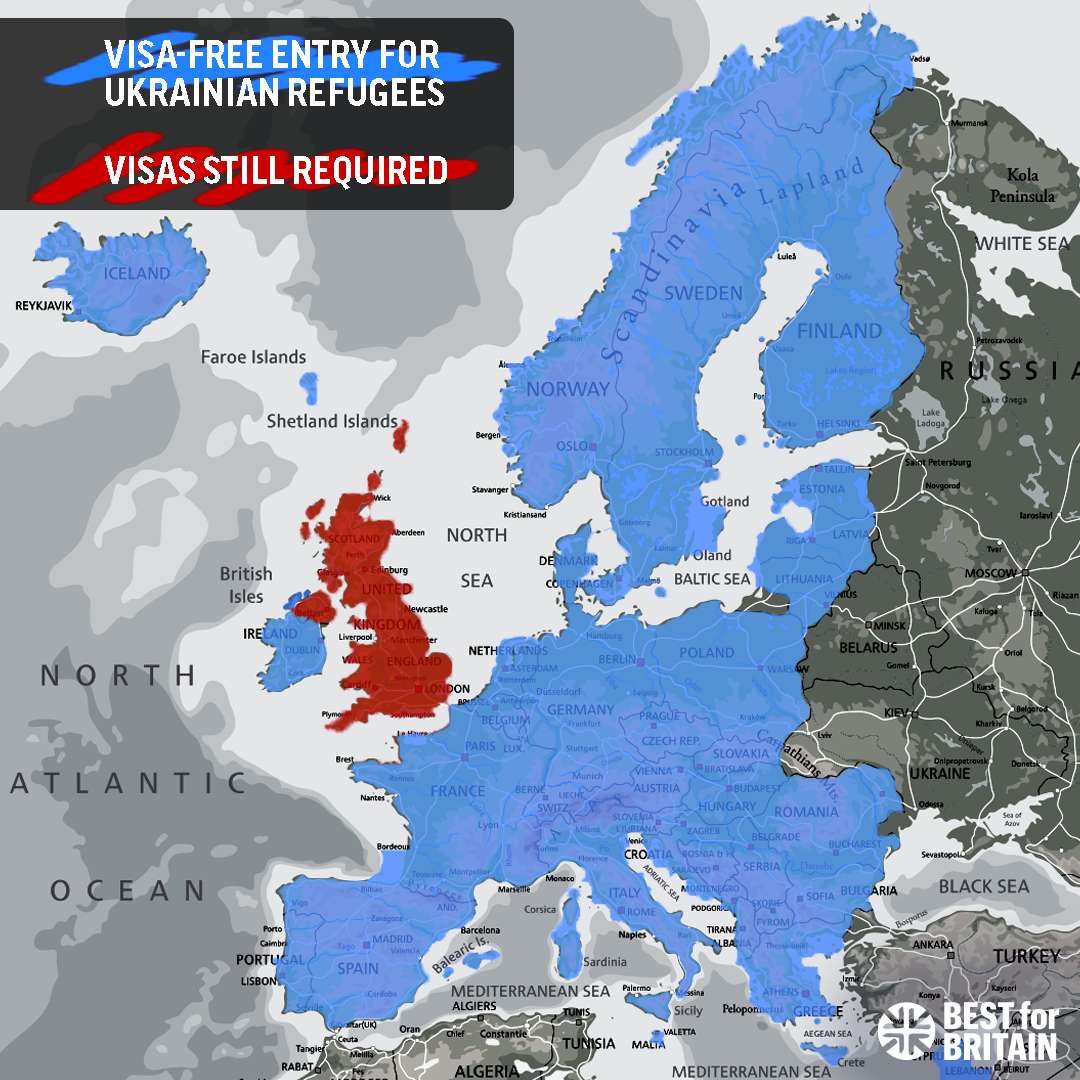 Typically, the Home Office wasn’t coping, and instead of Priti Patel heading up this scheme, it has been Michael ‘Levelling Up Minister’ Gove, who is overseeing the rollout.

But as laudable as Gove’s scheme is by comparison to the initially sluggish and limited response that came from the Home Office, its execution has been nothing short of woeful. As anyone who has ever had the misfortune to complete a Government application form will know, this one seems almost purposefully designed to make you give up.

Over on LinkedIn, we spotted that Gav Thompson, tech entrepreneur and founder of GiffGaff, had published a very useful post about his experience. It’s worth bearing in mind that Gav is highly technically literate, and in his own words, is, “an English speaking graduate, with a big computer screen and fast fibre internet”.

Yet even he found the process incredibly complex and time consuming. To call it ‘un-user friendly’ is an understatement. The documentation requirements are complicated and can only be uploaded as PDFs. You need to be able to translate Ukrainian place names into the English language equivalents.

If you are less tech-savvy, time rich or fluent in English as Gav, what chance do you have of successful completion? If you’re an older person with a big home that you’d dearly love to open up to those in need, but lack the I.T. skills to fill out the forms, you’re doomed to fail. The process feels engineered to create barriers, not break them down for those in urgent need of reaching safety.

Even if you do manage to complete the process, there is no information about how long it might take to have your application approved, and the follow up emails are confusing to say the least . Meanwhile the Ukrainian family you’re hoping to support waits anxiously elsewhere, while the Russian military advances on the place they once called home.

While the Government can be forgiven for the site having the odd glitch given the speed of its rollout, it must be held accountable for the poor design. Anyone who has ever worked on a web-based project knows the importance of including someone representing the primary user at the inception stage, to make sure you create something fit for purpose. And the Government can’t claim to lack the know-how. It has a litany of experience to draw on, most recently the vaccine website crashing due to insufficient load testing when we all tried to book booster jabs last year.

He’s right. The UK Government must improve the process immediately. Make sure your MP knows by using this link to send them an email or tweet now.