The last twelve years of Conservative government have been catastrophic for our economy, our NHS and other vital public services.

While more and more people are being pushed into poverty and millions are struggling with a cost of living crisis, the Conservative Government has wasted an estimated £64billion of public money while awarding lucrative public contracts to Tory party insiders, donors and contacts. They have personally broken the law themselves.

But our outdated voting system keeps the Conservatives in power with a minority of votes.

If the share of seats matched the share of votes they received, the Conservatives would have only won 2 of the last 21 elections. Even Margaret Thatcher would have failed to secure a majority.

Right-wing parties worked together to win the last two elections. In 2019, with around 40% of the vote they got 56% of the seats. Opposition parties must beat them at their own game.

Consistently, Labour, the Liberal Democrats and Green Party together outpoll the parties of the right. Latest constituency-level polling shows that by cooperating in just 100 out of 650 seats, they can lock the Tories out of power.

To end minority rule in Britain, add your name to the call for Labour, the Lib Dems and Green Party to work together at the next election, tell them:

I support election co-operation between Labour, Liberal Democrats and the Green Party and call on the leaders of the three parties to find every way to end this government and implement a fairer voting system.

Party leaders Keir Starmer, Ed Davey, Carla Denyer and Adrian Ramsay - you have a chance to come together to put the UK back on the right track. Don't let them win another term. 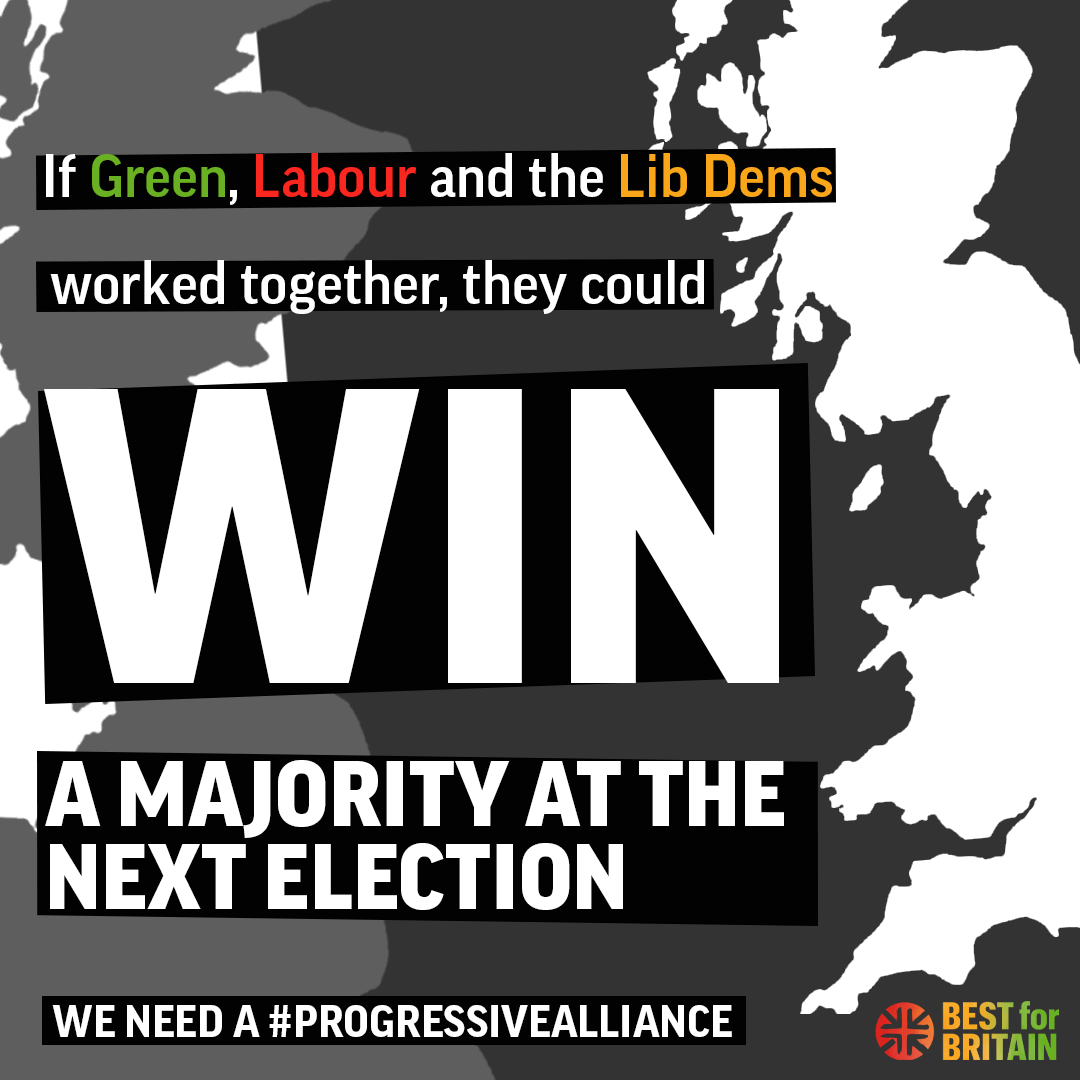