Best for Britain launches search for PMs next ethics adviser

Better democracy campaign group Best for Britain has launched a new recruitment drive in an effort to find a new ethics advisor for the Prime Minister. 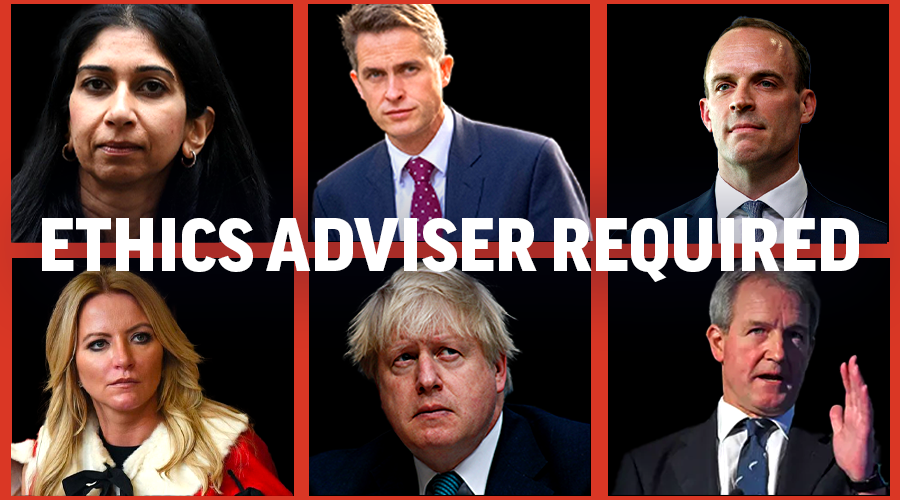 The post has been vacant since the resignation of Lord Geidt in June who felt forced to quit when the then Prime Minister Boris Johnson expressed a willingness to break international law over the Northern Ireland Protocol and following months of other scandals.

After taking office, Rishi Sunak pledged on 26th October to appoint someone to the role but one month later the job remains unfilled.

Since entering Downing Street promising, “integrity, professionalism and accountability at all levels,” Sunak’s government has been rocked by scandals including his appointment of Suella Braverman as Home Secretary despite her record of security breaches which saw her sacked one week prior.

Sunak’s Chief Whip Gavin Williamson was forced to resign when an investigation was launched into accusations of bullying against him. The Deputy Prime Minister, Dominic Raab is now the subject of a separate investigation following similar accusations although he remains in post.

Personal questions also remain for the Prime Minister around conflicts of interest with reports that his household income could be benefiting from trade with Putin’s Russia. It’s been reported that Rishi Sunak’s wife collects £11.5m in annual dividends from Indian tech giant Infosys which is allegedly still trading in Russia despite international sanctions following the invasion of Ukraine and a commitment from the company in March that they would cease Russian operations.

The campaign will continue until the Prime Minister appoints a new advisor. Hopeful candidates for the role can use Best for Britain’s ready made application here.

“Maybe because of Brexit induced labour shortages or the amount of time he’s spent hiking taxes, but it seems the Prime Minister really has struggled to fill this role and so we want to help however we can.

“Seriously though, it’s symbolic of this government’s contempt for the rules and belief they can act with impunity. We need to bring standards and integrity back into politics and Sunak has demonstrated he is not the man to do it.”