Don’t just settle for summat over nowt: the North deserves better than this Government

As a proud Yorkshireman, there’s nothing that frustrates me more than seeing this UK Government pretend everything will be ‘Be Reyt’ when things are far from perfect. 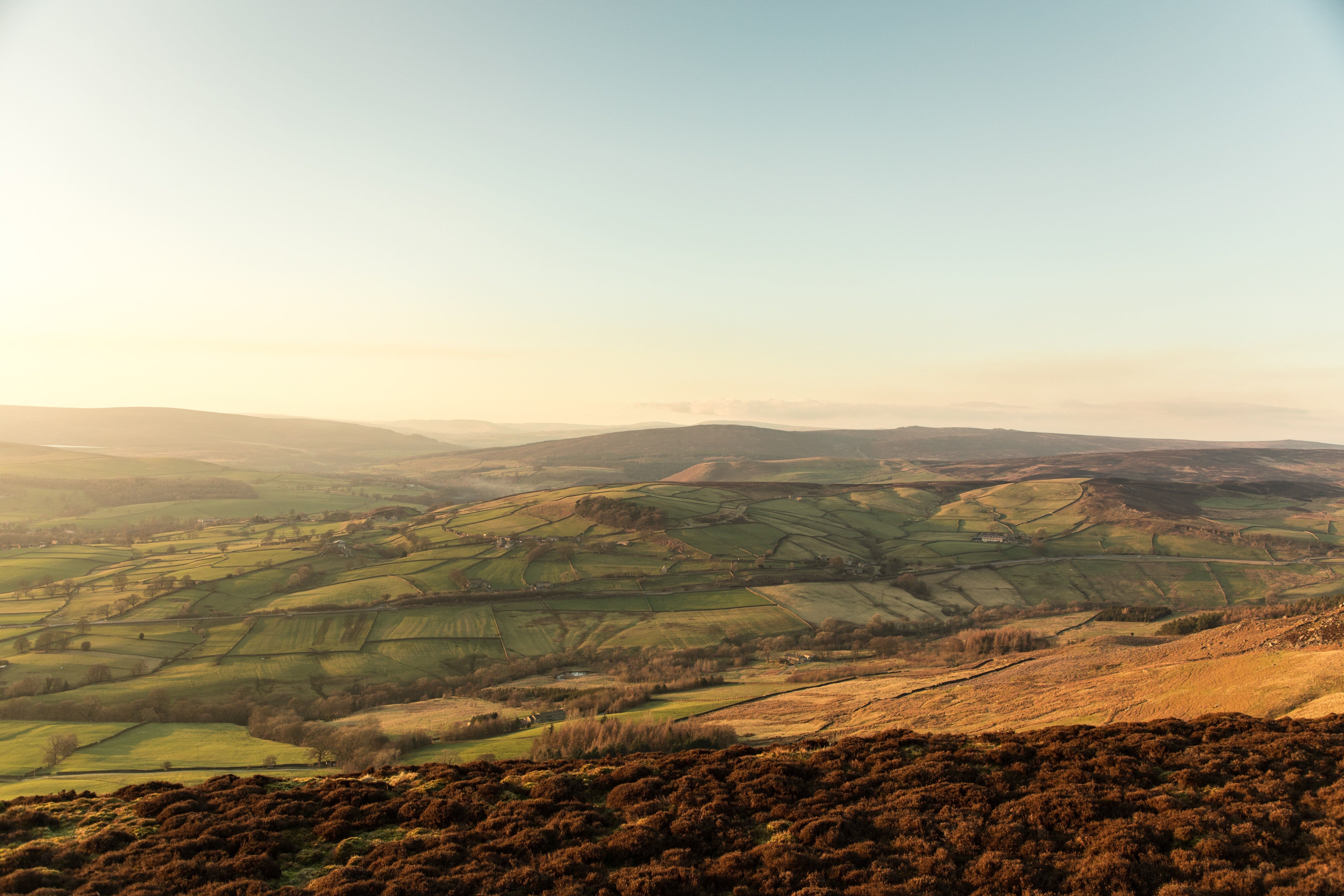 Since the Conservatives won the General Election in 2019, there has been much talk of levelling up. This was one of the flagship manifesto commitments the Conservatives campaigned and won that election on. The problem is that behind a catchy slogan, is hot air and broken promises, rather than action and delivery.

Look at the long anticipated ‘levelling up white paper' which cited the ancient city of Jericho as much as it did Sheffield. As somebody born and bred in Bradford, who lived in Sheffield for several years, I think I’ve got a handle on what the North of England is like. I’ve now lived in London for just short of a year, and this sort of lazy approach from the UK Government is exactly what reinforces stereotypes of a “Westminster bubble”, when what I’ve seen is evidence there are plenty of people in London who want a fairer deal for the north.

But rather than just relying on my sentiment, let’s take a deeper look into some of the failures of this UK Government and let the facts speak for themselves:

The Integrated Rail Plan for the North

A new train line which connects Manchester and Leeds via Bradford.

A new train line which slashes journey times from Leeds to Sheffield, and makes trips to London far quicker.

Take away party affiliations for a minute. These are all good proposals that would benefit millions of people and help attract much needed business investment.

You don’t get something for nothing though, improving things always comes at a cost. It’s how you balance those costs out to make sure the benefits outweigh them and these plans would do exactly that. They would generate large revenue streams, create opportunities for people to work in places they couldn’t reach before, and would encourage more sustainable forms of transport. A high growth, high skilled economy - something the UK Government bangs on about all the time. Which begs the question, why did they pull the plug on key parts of it?

These ideas have now been resurrected in Liz Truss’ Tory leadership campaign and without being too cynical, this is how politics shouldn’t be done. Both Rishi Sunak and Liz Truss were in the Cabinet when the plans were quashed late last year, so if a suggestion was made by either candidate that this would be a priority for them, it's hard to listen. Why should they be trusted?

That’s why taking this on could be an obvious win for the Labour Party. They could grasp this policy with both hands, much like many of their Metro Mayors have done, and force the Tories into making it happen. A positive solution from some political pressure when there’s nothing to lose, and everything to gain for Labour. They should think about this ahead of their conference next month. 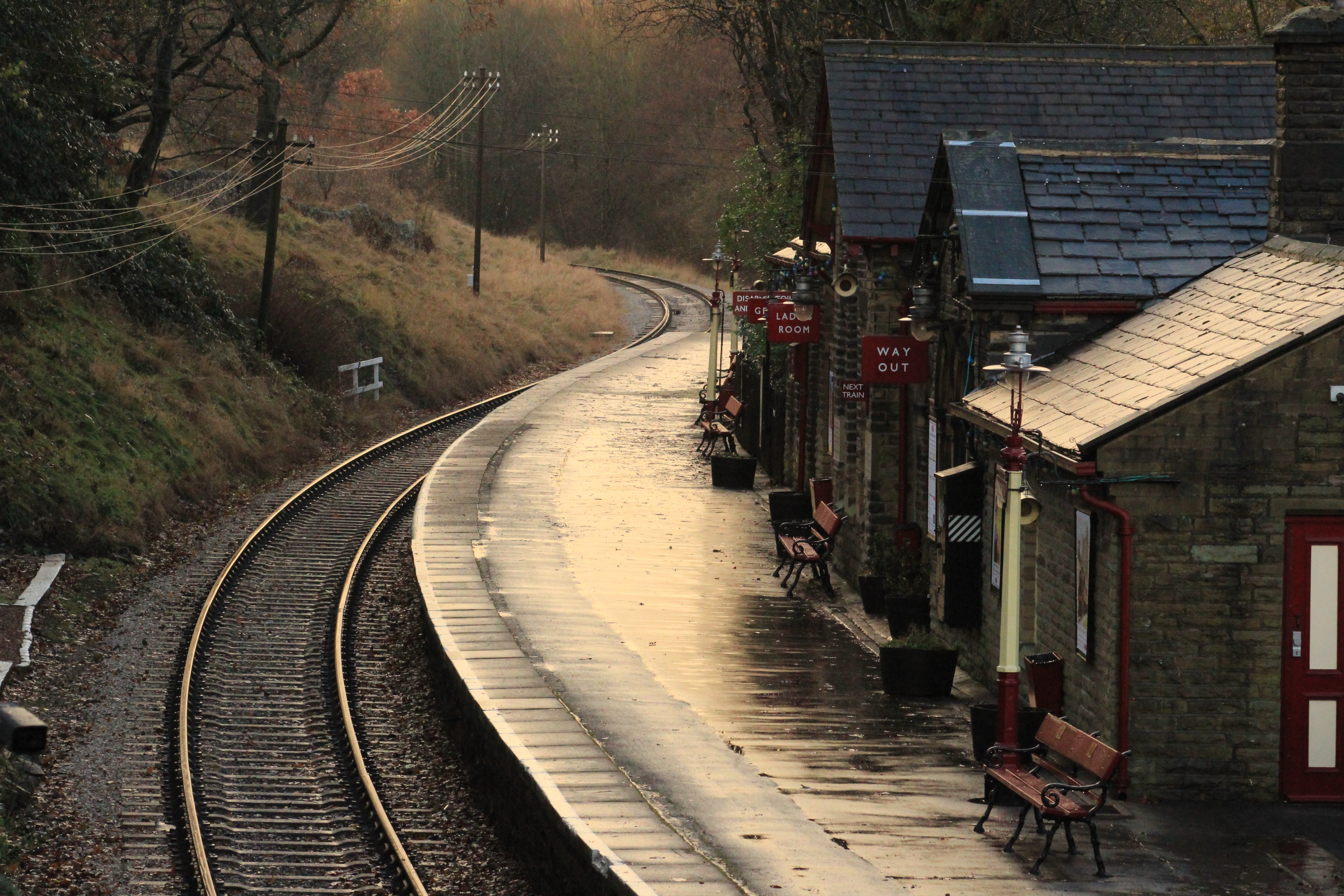 Levelling up the North shouldn’t mean taking money away from the south. It’s not about pitting one place against another. Our economy and country are far more complex than coining a simple geographical divide. Any fund that the UK Government introduces needs to provide for all the areas that need it. There are many places in the south that are deprived. Take Hastings or Hackney which rank at 14th and 18th in ONS data for income deprivation measures. Take the Tees-Exe line as a good indicator of another way we could visualise the country too. There’s many parts of the South West which are in need of major investment, just like Weston-super-Mare.

The problem with allocations of funding so far, is that much needed money seemed to find its way comfortably into the hands of Tory-held seats, but couldn’t quite find a way into as many Labour-held ones, for whatever reason that may be.

Rather than focusing on pork barrel politics, it’s worth stressing the point that after brexit the UK no longer has access to the ERDF and ESF+ which has a budget of £313bn between 2021 and 2027.

Research from the Northern Powerhouse Partnership suggests that with its domestic successor the “UK Shared Prosperity fund”, the North is losing £331m compared to before Brexit. Hardly a success for the UK Government to shout home about.

Just this morning, the UK Government announced plans for a devolution settlement which includes a £542m package for the county and the introduction of a new Metro Mayor for the region. This would undoubtedly improve many lives for the better and shouldn’t be sniffed at, but as with almost every proposal from this UK Government, it’s being done for all the wrong reasons.

Politically speaking, it’s hard not to be cynical of potential motives behind why the UK Government may be interested in the introduction of a metro mayor in North Yorkshire. They say a picture paints a thousand words and this was certainly the case when Best for Britain looked at the current map of parliamentary seats in North Yorkshire earlier today. 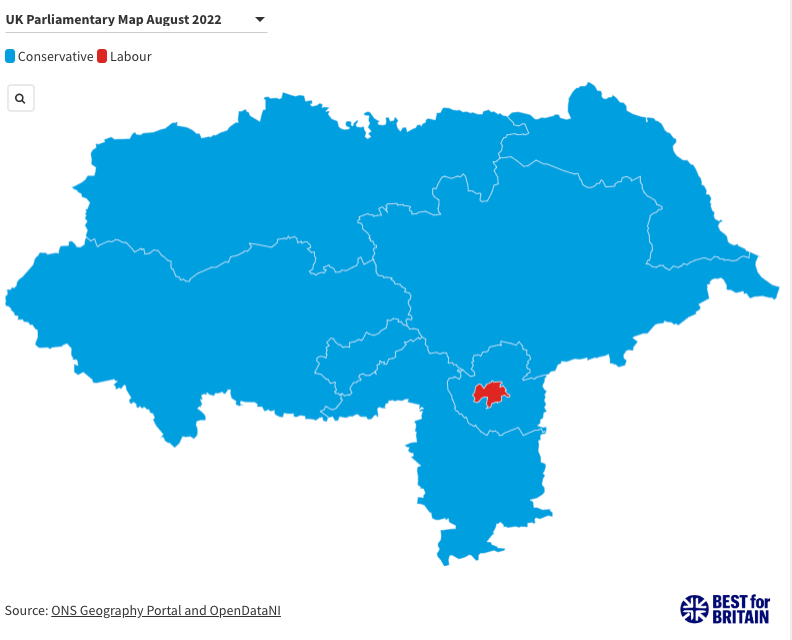 When looking at data, you can also see that in Hull (East Yorkshire), the average house price in 2021 was £121,191. In Harrogate (North Yorkshire), the average house price in 2021 was £311,961. These figures are indicative of some of the inequalities in wealth between the areas, and yet North Yorkshire is seemingly on charter course for a huge package of funding and a Metro Mayor to go along with it despite being home to some of the most affluent parts of the country.

There was talk of a devolution deal for East Yorkshire back in February, but it's all gone quiet on that front. This is an opportunity for the UK Government to put its money where its mouth is and deliver for that region with some much needed cash.

In 2004, there was a referendum on devolution for North East England which was heavily rejected (77.9% to 22.1% at the time with a 48% turnout). The main argument for voting no in this referendum was that people shouldn’t rely on vehicles like this that boast arguably little to no power.

I wouldn’t go so far as crediting David Cameron and George Osbourne for introducing Metro Mayors (particularly after austerity), but the change has been undoubtedly successful. This is largely due to the work incumbent Metro Mayors have taken on to level-up their areas.

The Mayor of Greater Manchester, Andy Burnham recently announced a bus network will be in place by next month with capped £2 fares. Steve Rotheram, Mayor of Liverpool City Region unveiled plans in April to support apprenticeships, add to the economy through R&D investment and tackle the climate crisis. Tracy Brabin, elected as Mayor of West Yorkshire just last year has already introduced a green jobs taskforce and helped to secure Bradford’s status as the UK City of Culture in 2025.

All of these successes show some of things that progressive regional policymakers can do in power, and put the UK Government’s efforts to help the North to shame.

People in Yorkshire and the North more broadly shouldn’t just take “summat as better than nowt”. Under-developed, middle of the road and unimaginative schemes run by the UK Government shouldn’t be celebrated. It feels like the last twelve years have been a case of constant over-promising and systemic lack of delivery by the UK Government.

The UK and the North need proper investment that can change lives and support people during tough economic times, and they need it fast. We need strong, visionary leadership if things are to change.