Elections Bill would enable “Ministers to shape how electoral law is applied to them and their political competitors.”

In an unprecedented step the Electoral Commission, the UK’s independent regulator of elections and political parties, has published a letter to Michael Gove setting out the deep concerns it has about the government’s Elections Bill. 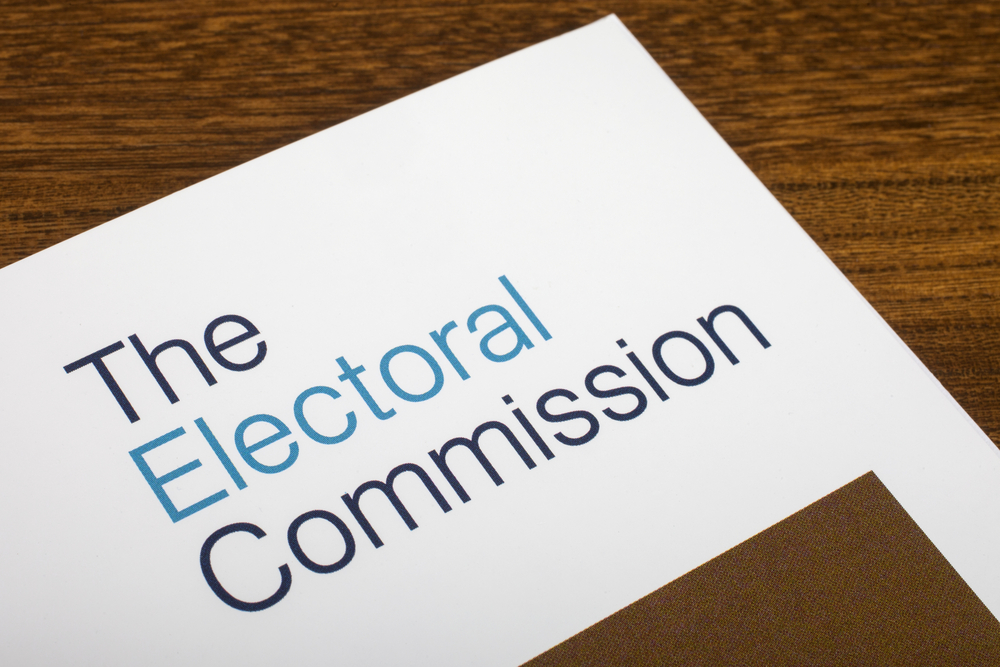 Best for Britain’s supporters will be familiar with how dangerous the Elections Bill is to our democracy. With this Bill, the government is seeking to undermine free and fair elections in the UK as part of a broader campaign to shut down all avenues of accountability and scrutiny. This Bill targets the very foundation of our democracy and the most basic way we hold the powerful to account, at the ballot box.

The Bill is due back in the House of Lords soon so Best for Britain is working with Opposition parties and Peers from across the House to fix this. An influential committee of MPs (called ‘PACAC’) has called for the Bill to be paused to allow for proper consultation and scrutiny of the massive constitutional changes to our election rules. We agree, and we have a plan to make it happen.

The Electoral Commission’s board of Commissioners have written to the Minister responsible for the Elections Bill, Michael Gove. Their letter is a plaintive cry for the Government to see reason, and for MPs and Lords to protect the fairness of our elections and the independence of our elections regulator.

What they are deeply worried about is the Bill’s new powers for Ministers to draft a ‘Strategy and Policy Statement’ and then require the Commission to prove that it is conducting its work ‘with due regard to’ the statement. Basically, the government minister would be able to tell the Commission how to do its job.

The Commissioners point out that ministers are senior members of the governing political party, and this Bill would give them power to change election rules in favour of their party and to make it harder for their political competitors. If that sounds extreme, that’s because it is. And this government is doing it.

"If made law, these provisions will enable a government in the future to influence the Commission’s operational functions and decision-making. This includes its oversight and enforcement of the political finance regime, but also the advice and guidance it provides to electoral administrators, parties and campaigners, and its work on voter registration."

Ministers with direct power to change how election rules are interpreted, regulated and enforced would be able to warp elections in their party’s favour. At the very least it brings the impartiality of our electoral system and our elections regulator into question and erodes any trust voters might have that their vote will be counted fairly.

Ministers say that of course they wouldn’t dream of using these powers like this. Which might be true. But laws can outlive the political life of our current government. The Electoral Commissioners warn that if this law is passed there would be nothing stopping future ministers from misusing these powers.

Best for Britain is acting now to put a stop to this part of the Government’s programme to remove all avenues to hold them to account, in the media, in the courts, at the ballot box or on the streets. We are working with Peers from across the House of Lords, and Opposition parties, to find a way to pause at least parts of this Bill, so that the authoritarian attacks on our democracy can be properly scrutinised and Parliamentarians have a chance to debate them properly.

Read the Commissioners’ letter in full below. And join the campaign to stop the assault on our democracy and the UK’s democratic values here. We’ll keep you up to date with our work with Peers, as well as let you know how you can take action to change the direction this government wants to take us in.

The Electoral Commissioner's Letter in full

As the Elections Bill enters its Lords stages, we write to you to urge the Government to reconsider those measures which seek to change the oversight arrangements of the Electoral Commission. Our aim, which we anticipate you share, is to maintain the Commission’s current independence and its accountability to all parties elected to the parliaments of the United Kingdom. Reflecting the significance of this matter, this letter is signed collectively from the full board of the Commission, save for Lord Gilbert of Panteg (our Conservative nominated Commissioner) because the House of Lords where he sits is now considering this legislation.

It is our firm and shared view that the introduction of a Strategy and Policy Statement – enabling the Government to guide the work of the Commission – is inconsistent with the role that an independent electoral commission plays in a healthy democracy. This independence is fundamental to maintaining confidence and legitimacy in our electoral system.

If made law, these provisions will enable a government in the future to influence the Commission’s operational functions and decision-making. This includes its oversight and enforcement of the political finance regime, but also the advice and guidance it provides to electoral administrators, parties and campaigners, and its work on voter registration. The Statement would place a duty on the Commission to have regard to the government’s strategic and policy priorities and to help the government to meet those priorities. The Statement would also place a duty on the Commission to have regard to guidance issued by the Government relating to any of its functions. It would thereby provide a mechanism, driven by the then governing party, enabling that party’s ministers to shape how electoral law is applied to them and their political competitors. While the stated position of the current government is that it would not intend to use these powers to impact on the Commission’s independent oversight and regulation of the electoral system, no such assurances can be given about how the broad scope of these powers would be used over time.

The Statement has no precedent in the accountability arrangements of electoral commissions in other comparable democracies, such as Canada, Australia or New Zealand. Indeed, the Code of Good Practice in Electoral Matters of the Venice Commission, of which the UK is a member, states that “Only transparency, impartiality and independence from political motivated manipulation will ensure proper administration of the election process”.

The Commission’s accountability is direct to the UK’s parliaments and should remain so, rather than being subject to government influence. The current mechanism for scrutiny and accountability to UK Parliament – with parallel arrangements in the Scottish Parliament and the Senedd – is through the Speaker’s Committee on the Electoral Commission, a cross party committee which scrutinises the Commission’s financial, operational and strategic planning. This is appropriate and we would welcome such additional scrutiny as the Speaker’s Committee saw fit to take into account government and other views on the priorities and performance of the Commission, in determining that the Corporate Plan and work of the Commission is focussed and delivers on its statutory obligations. This would meet the Government’s stated objective of more effective and full accountability to Parliament, while maintaining a cross party setting.

We therefore urge the Government to think again about these measures, to remove the provisions, and to work with the Commission and Speaker’s Committee to ensure that suitable accountability arrangements are in place to ensure confidence across the political spectrum. Strong accountability is essential for this, but so too is demonstrable independence. The Commission’s independent role in the electoral system must be clear for voters and campaigners to see, and preserved in electoral law.