Government figures released today show that fewer than one in ten applications to the Homes for Ukraine Scheme have been issued. 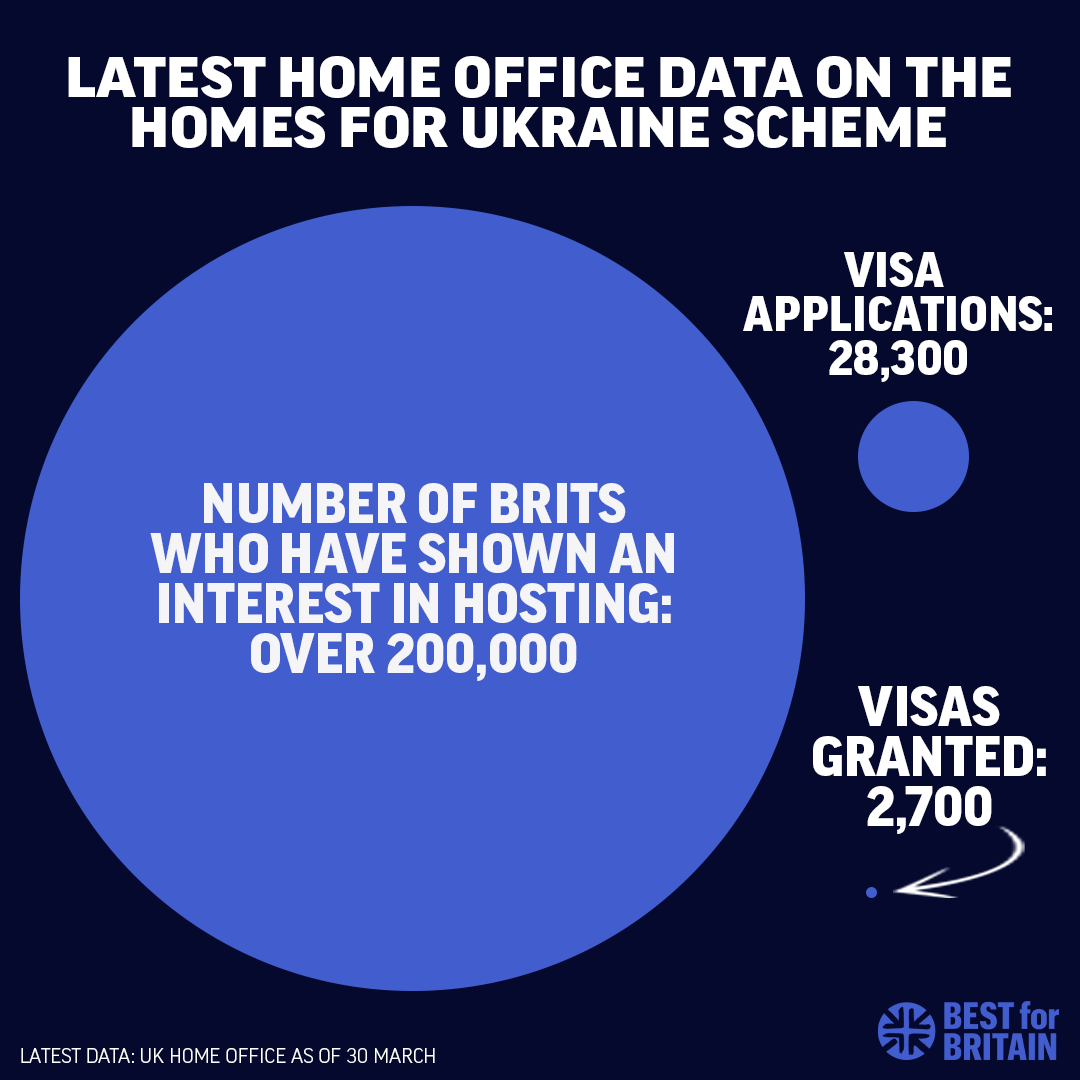 The UK has granted 2,700 visas so far despite receiving 28,300 applications from Ukrainian’s fleeing war since the scheme launched earlier this month.

The scheme was set up for Ukrainain’s with no family ties to the UK to come to Britain and be hosted by members of the public, with the government providing £350 a month to those who do so. It has been reported that more than 150,000 have now signed up to the scheme.

The figures also revealed that as of 29th March, 22,800 visas had been issued under the Ukraine Family scheme, after 31,200 applications were received, taking the total number of visas issued to 25,500 across both schemes. Germany, by comparison, was reported to have taken more than 250,000 refugees at the end of last week.

“Not only did the government devise a scheme where they could abdicate responsibility and rely on the goodwill of the British people to take refugees on their behalf, they haven’t even got the infrastructure in place to make it work.

“The government’s hostile environment is preventing thousands of vulnerable people from reaching safety and so it is essential that they follow our European partners and waive visa requirements for Ukrainians immediately.”