We talk a lot about better democracy at Best for Britain. We started this year setting out a positive vision for how the UK’s democracy could be better, modernised, fairer. But then, piece by piece, this government has set out to make our already creaking system even worse.

Our current campaign started as a bold case for a fairer voting system, greater participation in democracy and politics and more cooperation between parties for shared aims in the common good. But it has become much darker and much more urgent as this Government attempts to rush through a suite of legislation that will stifle civil society and clamp down on democratic participation. 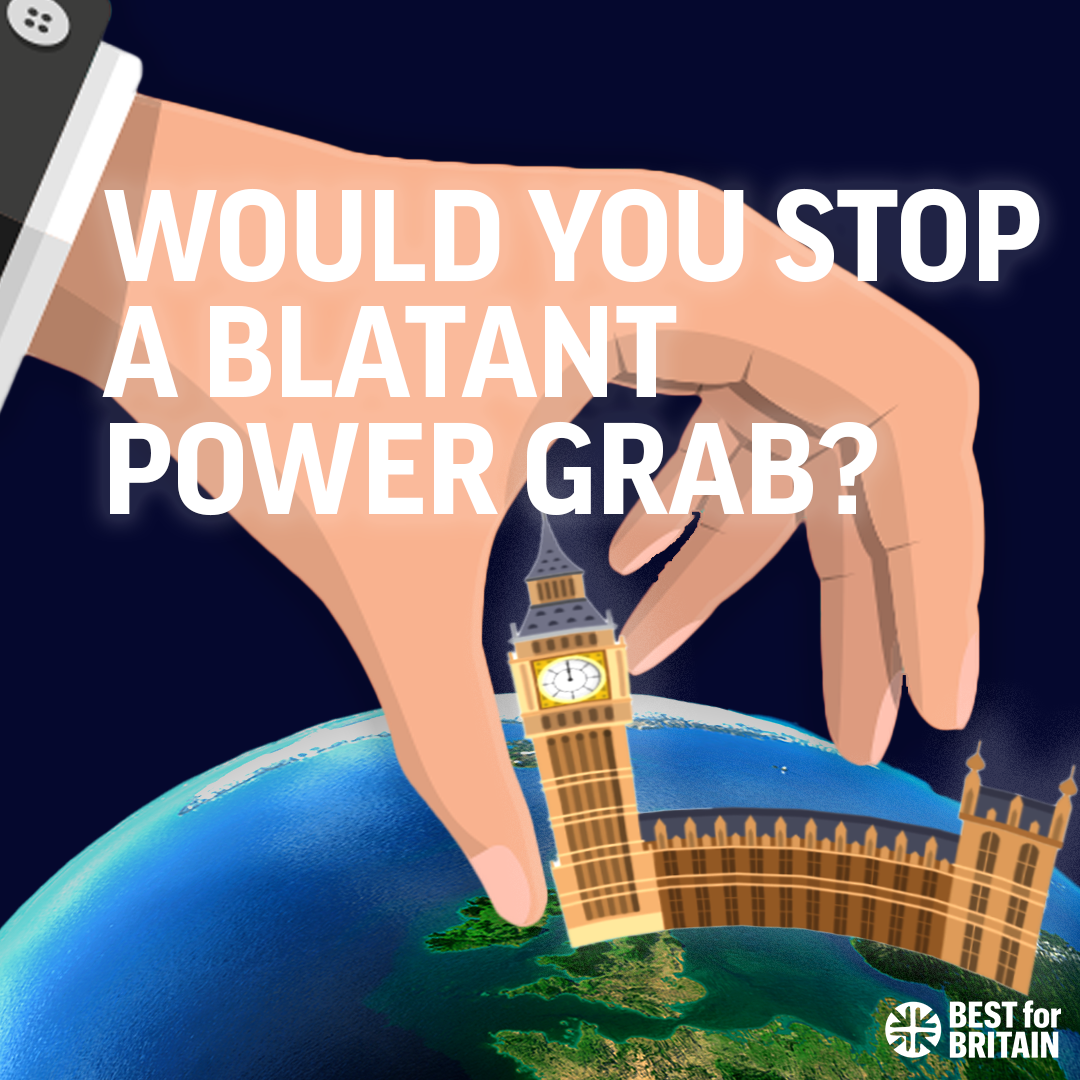 This isn’t just some rod that we’re trying to beat the Government with - our fears are felt by those across the political spectrum and are worrying for political parties and campaigning entities of all stripes. Individuals, too, will be harmed by the legislation being proposed.

We were reassured to see Conservative MP David Davis’s article earlier this week, in which he warned that the Government’s proposed changes to the process of judicial review would severely weaken civil society’s power to hold the Government to account.

On this, we couldn’t be more in agreement with him - and we thought several of the points he raised in the article chimed with our broader campaign to challenge this Government’s anti-democratic policymaking.

Judicial review allows ordinary citizens to challenge the decisions made by public bodies. The Government is proposing to make challenges to their powers less effective by making it possible for the government to be found to have acted unlawfully but not be compelled to reverse the unlawful decision. In his article, Davis described this as ‘an obvious attempt to avoid accountability’.

We also see these obvious attempts in other bills.

The Elections Bill, for example, which has just gone through Committee Stage in parliament, contains several clauses which we fear will have a silencing effect on civil society organisations and which will prevent the Government’s actions at elections time from being appropriately regulated.

The bill does this by massively increasing the administrative and regulatory burden on small charities and civil society organisations - something that has led to many such groups expressing fears of campaigning at all in case they inadvertently contravene the confusing legislation. The bill also weakens the powers of the Electoral Commission, which is currently an independent elections regulator. By ending the Commission’s independence and removing its power to bring prosecutions, the Government is proposing to bring the watchdog under its control and leave its own actions free from scrutiny.

This belief is shared by prominent Conservatives as well. William Wragg MP has expressed concerns about the contents of the bill and the effect that it could have on participation in our elections. The issue is that when voices start to be stifled and oversight becomes more and more difficult, this will set our society on a slippery slope away from the democracy we currently hold dear. And many, many Conservatives recognise this as a profound departure from their values.

You may also be aware of the Police, Crime, Sentencing and Courts Bill. This bill caused consternation amongst Conservative MPs, such as Steve Baker and Theresa May. Both have noted the capacity of the bill to stifle protest and thus to stifle opposition to the Government. They both show an awareness that the bill would give undue power to any Government of the day, allowing them to ban protests (and thus by extension quite a lot of campaigning activity) and criminalise protestors that they didn’t agree with.

Taken together, these three bills represent an overt attempt to silence legitimate criticism. The attempt is slow and doesn’t always make headlines - but that doesn’t mean it isn’t happening.

We can see that this Government does not care if it shuts down vital conversations and weakens opposition. Though these things are cornerstones of democracy, the Government doesn’t appear to value this much.

But we do - and we’re not going to stay silent about it. The Government’s anti-democratic agenda directly affects organisations like ours - so while we still have a voice we’re going to use it to campaign as emphatically as we can against the push to authoritarianism.

Help us continue the fight - head to our Better Democracy campaign page today, where you can sign our petition, write to your MP or donate to help our campaign.

Head to the page

Whatever your political affiliation, we know that you will feel strongly about keeping our democratic traditions alive.