Labour voters most likely to blame shortages on Brexit 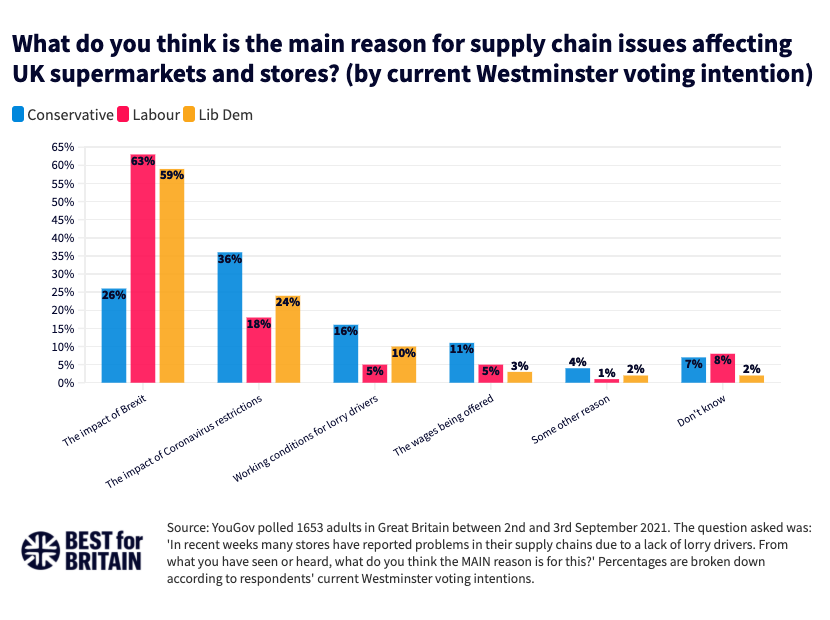 Sixty-three percent of those who would currently vote for Labour in a general election think Brexit is most to blame for recent supply chain issues affecting UK supermarkets, according to polling conducted by YouGov.

And 59% of those with a Lib Dem voting intention think the same, followed by 26% of those who would vote Conservative. Conservative voters are most likely to think that the impact of Coronavirus restrictions is the main cause of shortages, at 36%. 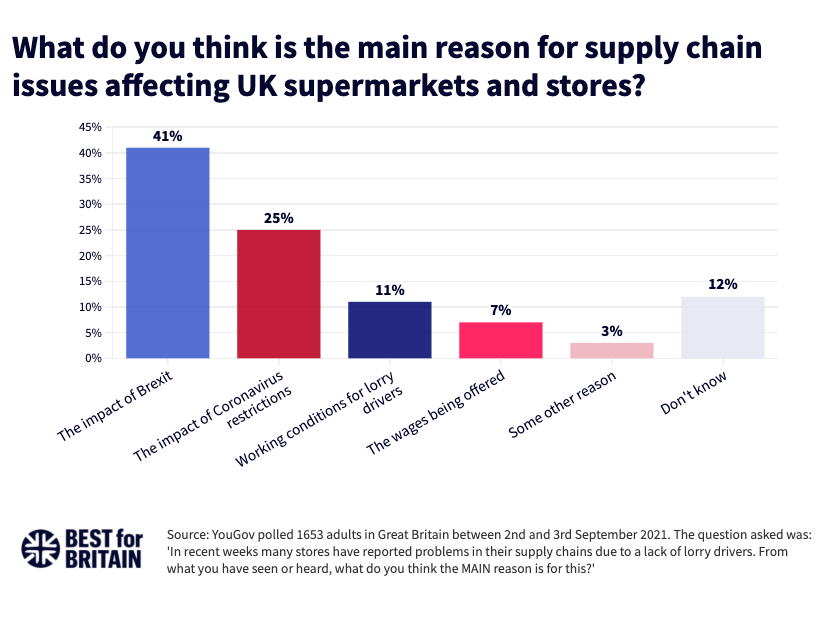 The overall poll, which took into account the opinions of 1653 British adults, found that 41% most blamed Brexit for the supply chain crisis, followed by 25% who most blamed Coronavirus restrictions. 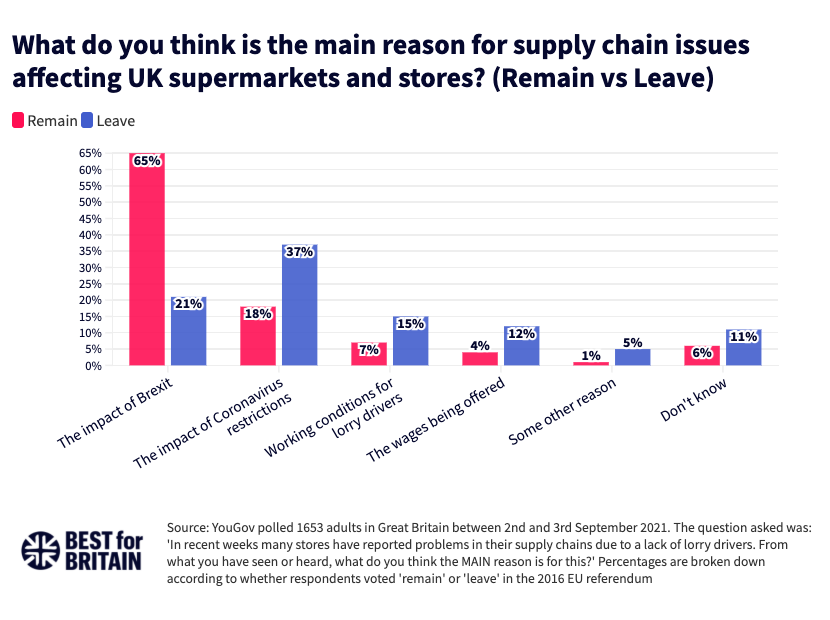 Other demographic comparisons are interesting. Sixty-five percent of those who voted remain at the 2016 EU Referendum thought that Brexit was the biggest factor in the supply chain disruption. Just 21% of those who voted Leave did. 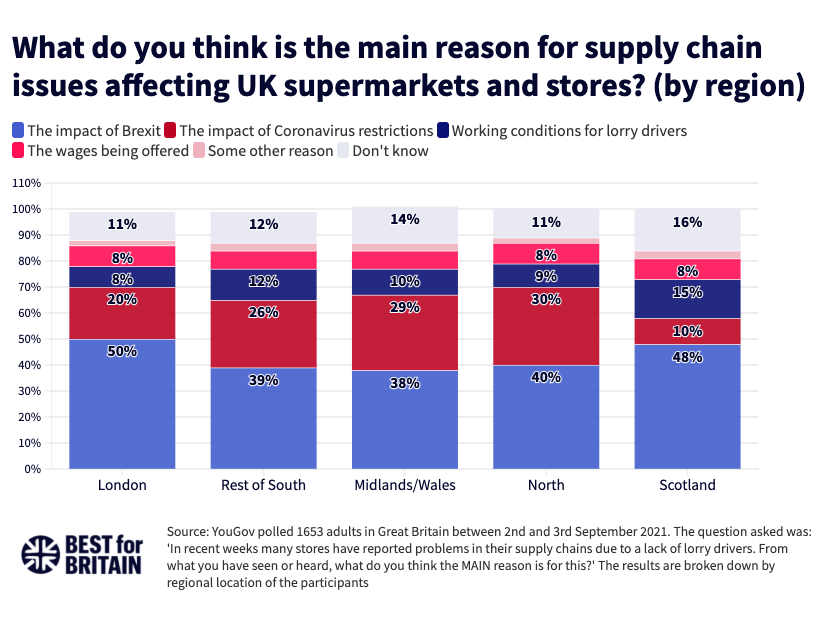 Nevertheless, across the regions, polling found that the majority of people believed that Brexit was the main cause of recent supply chain disruption. Although this sentiment was highest in London and Scotland, there was a reasonable level of regional alignment in these views.

Overall, polling paints a picture of a nation well attuned to the burdens of Brexit - and shows that frustrations with Brexit are particularly high amongst Labour voters.