New election polling: Labour projected to fall short of majority despite month of scandal and cost of living crisis

After months of scandals, a Prime Minister found guilty of breaking the law, a terrible local election result and a budget that has failed to address the cost of living crisis, polls have been moving against the Conservatives and Johnson’s popularity has plummeted.

Despite these favourable conditions, new in depth, constituency level  MRP polling released today by Best for Britain projects that in the most likely scenario, Labour will still fall 18 seats short of an overall majority leaving them reliant on the SNP to form a government. 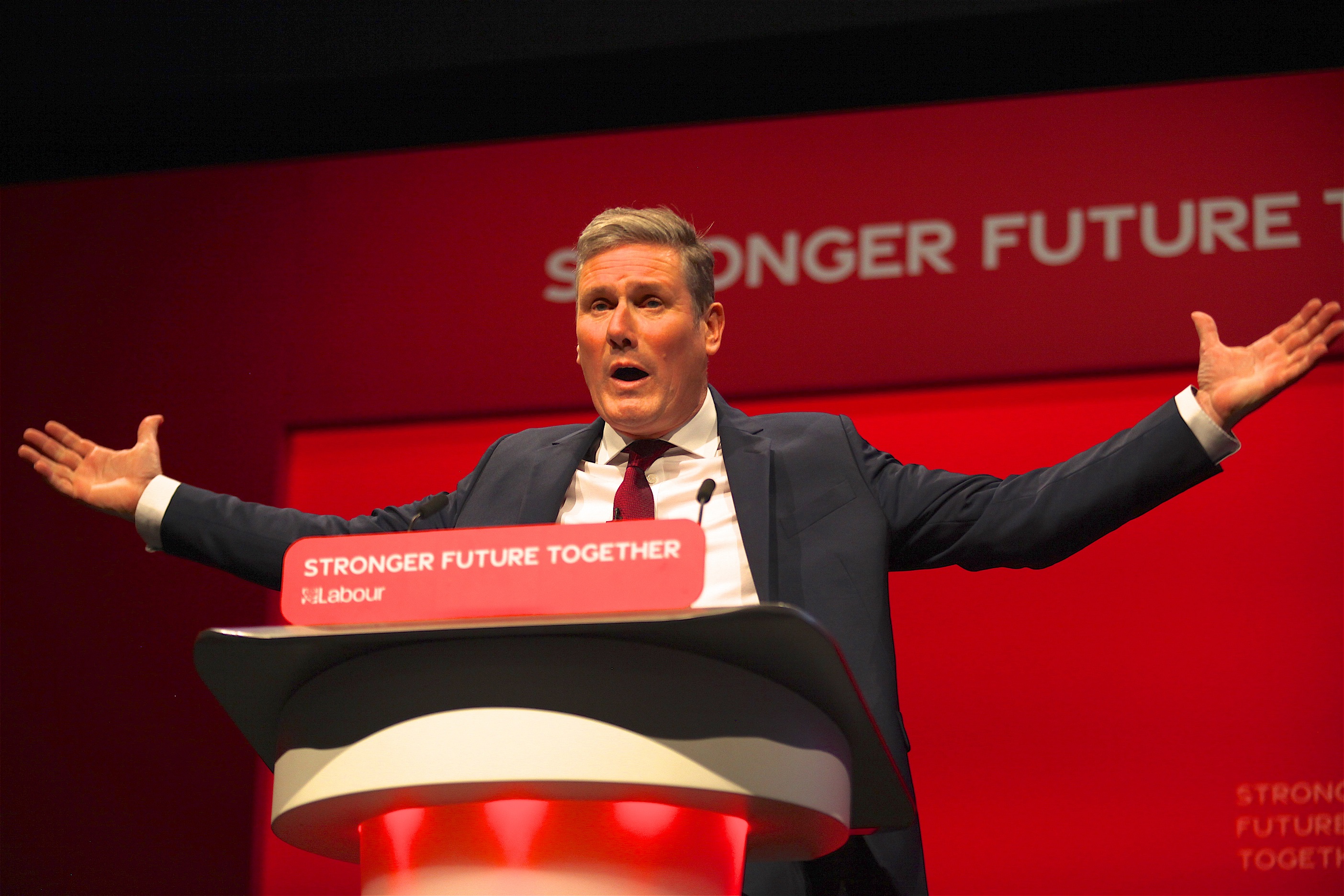 Under the arcane first past the post voting system, other right wing parties such as Reform UK can deny Starmer the keys to Number 10 by standing down in seats where Conservative MPs are vulnerable, as UKIP and the Brexit Party did back in 2017 and 2019.

However, if the opposition parties work together in the next election, Labour are projected to win 323 seats and the Liberal Democrats 13, putting them comfortably in the position of forming a coalition government without the help of the SNP. See a full explanation of the different scenarios here. 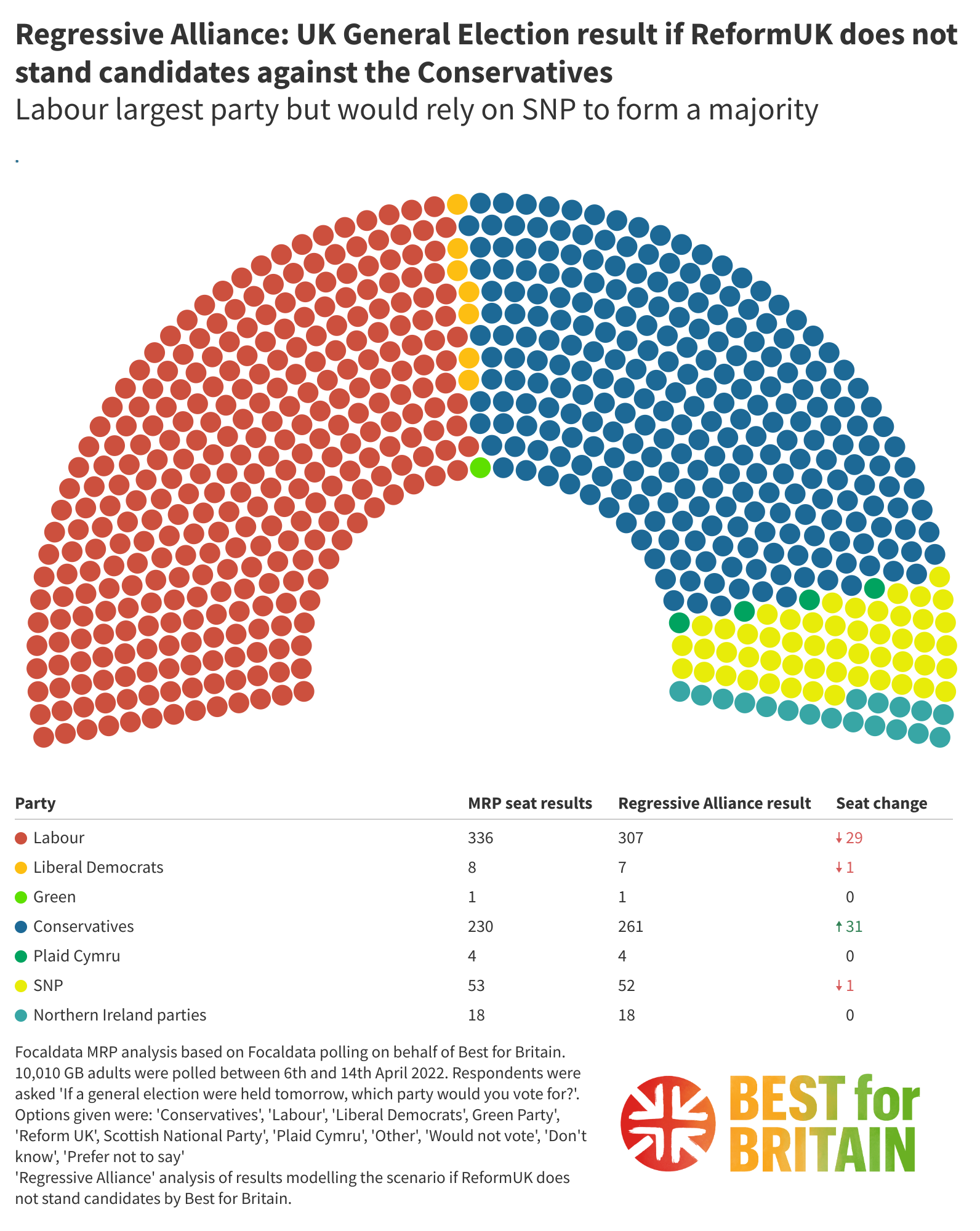 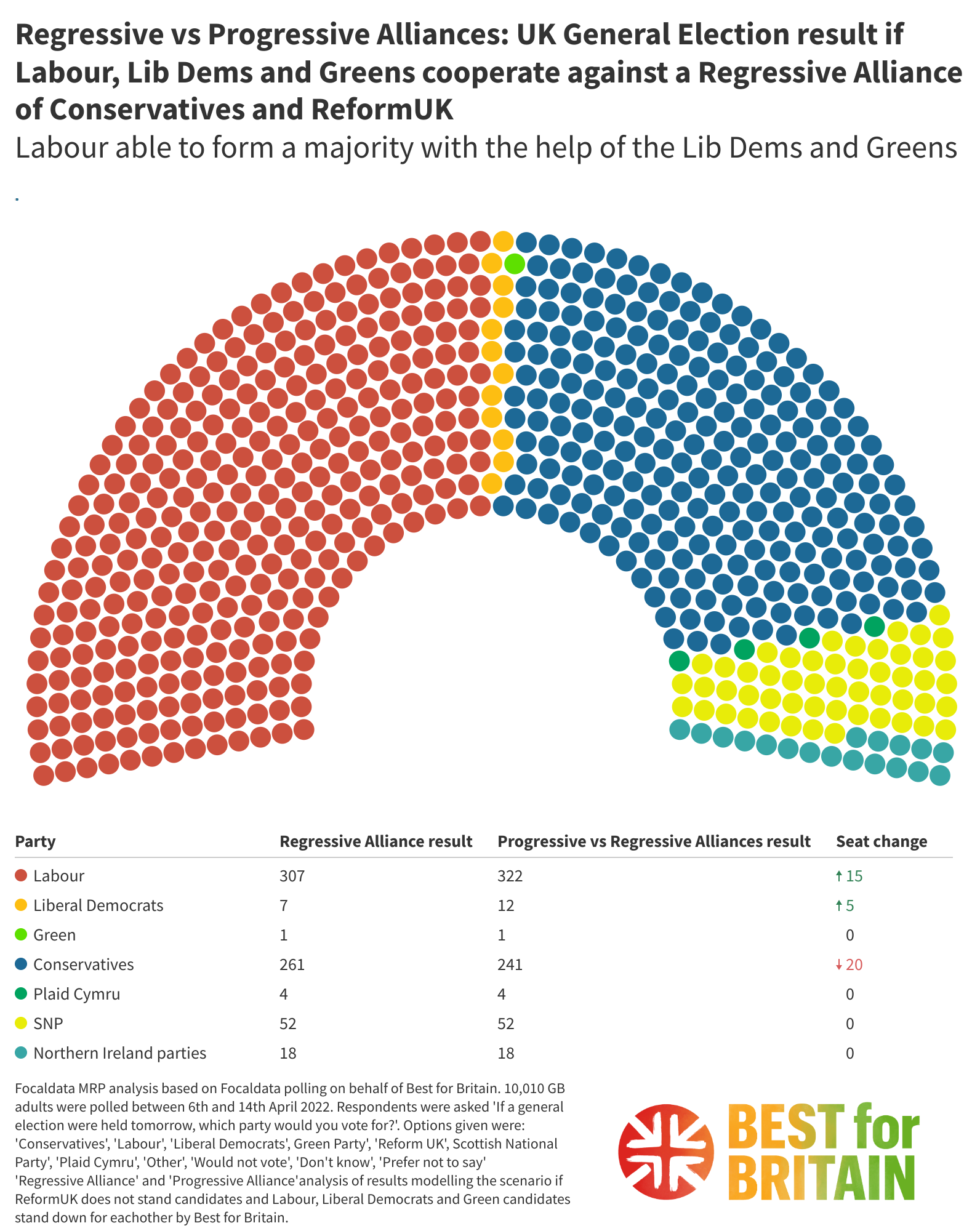 In all scenarios, whether opposition parties work together or not, the Prime Minister is projected to lose his seat of Uxbride and South Ruislip.

Here at Best for Britain we are calling on opposition parties to work together at the next general election by using our data to get rid of this law-breaking, sleaze-ridden government. And voters support us.

You can show your support for a Progressive Alliance by signing the petition here.

“To win, Labour needs to do what the Conservatives most fear them doing, and that’s working with the Lib Dems and Greens at election time. The parties on the right reliably stand down for each other to secure majority governments on a minority of the votes, and  our data shows that the safest way for opposition parties to defeat this corrupt and failing Government is to stand aside for one another in the seats they can’t win.

“We saw last week in the local elections that voters up and down the country are already collaborating to get rid of this government. Their party leaders need to catch up.”

“The Conservatives have delivered a decade of lost growth, a botched pandemic response and now a cost of living crisis pushing millions into poverty.

“In an election where the opposition vote is split, many voters will want to back the candidate who is most likely to win and deliver change. To this end we must be honest with each other about the situation in each constituency and ensure that the voters have the information they need to lock the Tories out of power.”

“This polling shows that in many constituencies, the Green Party holds the key to beating the Conservatives, a point underlined by our strong performance in the local elections last week.

“Our door is open to cooperation with other parties who must now decide if they want to gamble the future of this country in a game where the odds are stacked against them.”