New data: Majority of people in favour of freedom of movement

Best for Britain has found striking evidence that public opinion is still firmly against ending reciprocal freedom of movement with Europe.

Our research also shows Conservative voters on the whole do not trust the Prime Minister with the NHS in the upcoming UK-US trade negotiations.

We commissioned a poll of 6,002 people, which was carried out by Focaldata on January 6-13. 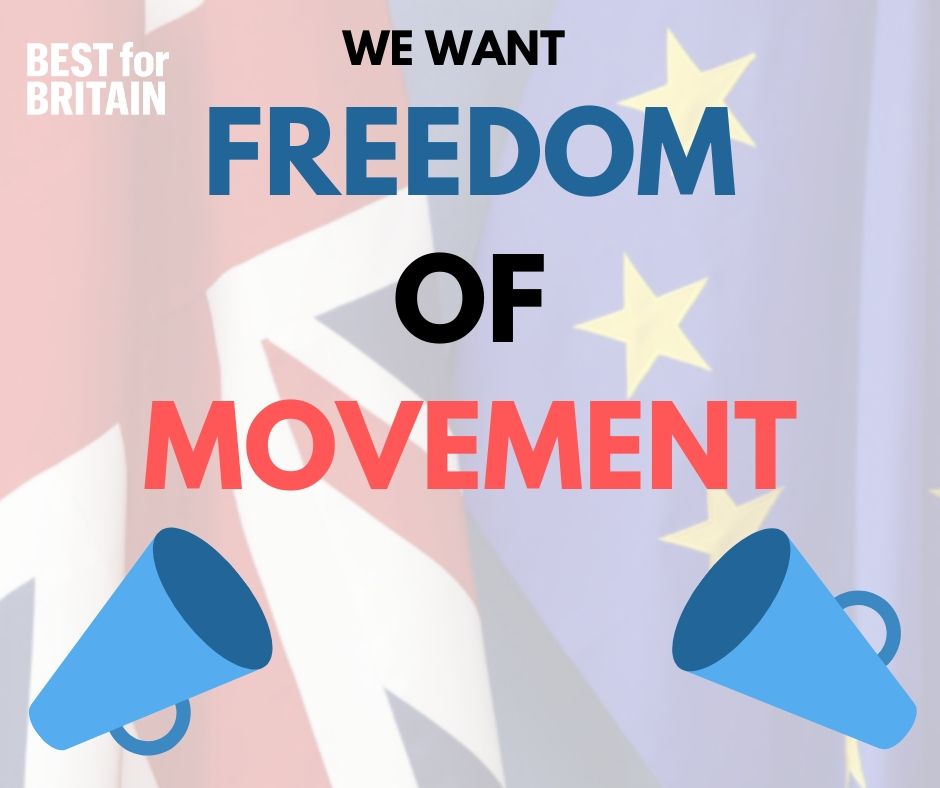 The Majority of Voters want Freedom of Movement

Those surveyed for our MRP analysis are much more open to freedom of movement from other countries than previously thought, when it is reciprocated by Brussels.

Although the Prime Minister has repeatedly stated that the public wants to see an end to freedom of movement, our poll shows that 57% of people believe Britain should offer EU citizens the right to travel, work, study or retire in the UK if the same offer is extended to British citizens living abroad.

Surprisingly, the number is even higher with Conservative voters, with 58% saying Britain should offer EU citizens these rights if they are reciprocated by the EU.

Nearly two-thirds (63%) say they would “support” or “strongly support” free movement from the EU if they “had to return to their own country if an individual had not found a job or a university place within four months”. Therefore, our poll shows that freedom of movement is even more popular when restrictions already possible under EU law are in place.

Discussions on EU migration policy appear to be being weaponised by the Prime Minister. In reality, the British people support reciprocal freedom of movement, as was the situation before Brexit.

According to our poll, 81% of those who voted Conservative in last year’s General Election believe that agreeing a trade deal with the US President presents a risk to the NHS, with more than a third saying there is a “significant” or “severe” risk.

In the so-called "red wall" seats that the Tories took from Labour in northern England and the Midlands, on average 90% of those surveyed reckon a US trade deal presents a risk to the NHS, including 56% who cite a “significant” or “severe” risk.

That means nine-out-of-ten people in these seats believe the NHS would be at risk if the UK agreed to a trade deal with Donald Trump.

Voters in North West Durham, a seat the Conservatives took from Labour’s Laura Pidcock, are most concerned, with 57.2% saying a US trade deal poses a “significant” or “severe” risk to the NHS.

Naomi Smith, the Chief Executive of Best for Britain, said: “We urge the Government to declare from the outset of negotiations that no further NHS services will be opened up to private companies.”

This content was adapted from a Times article: Caroline Wheeler and Rosamund Urwin, 'Nine out of 10 believe NHS at risk of Trump trade deal', The Sunday Times, (25 January, 2020)