9 in 10 Conservative seats back a final say on Brexit

New research shows over nine in 10 Conservative held seats have a majority of voters who want the people to have the final say on Brexit to break the deadlock in Parliament.

The analysis, commissioned by Best for Britain and HOPE not hate, was released on the morning of the launch of the 'Right to Vote' campaign, a group of Conservative parliamentarians and party members that are seeking to give voters a final say on the actual terms of Britain's proposed exit from the EU. 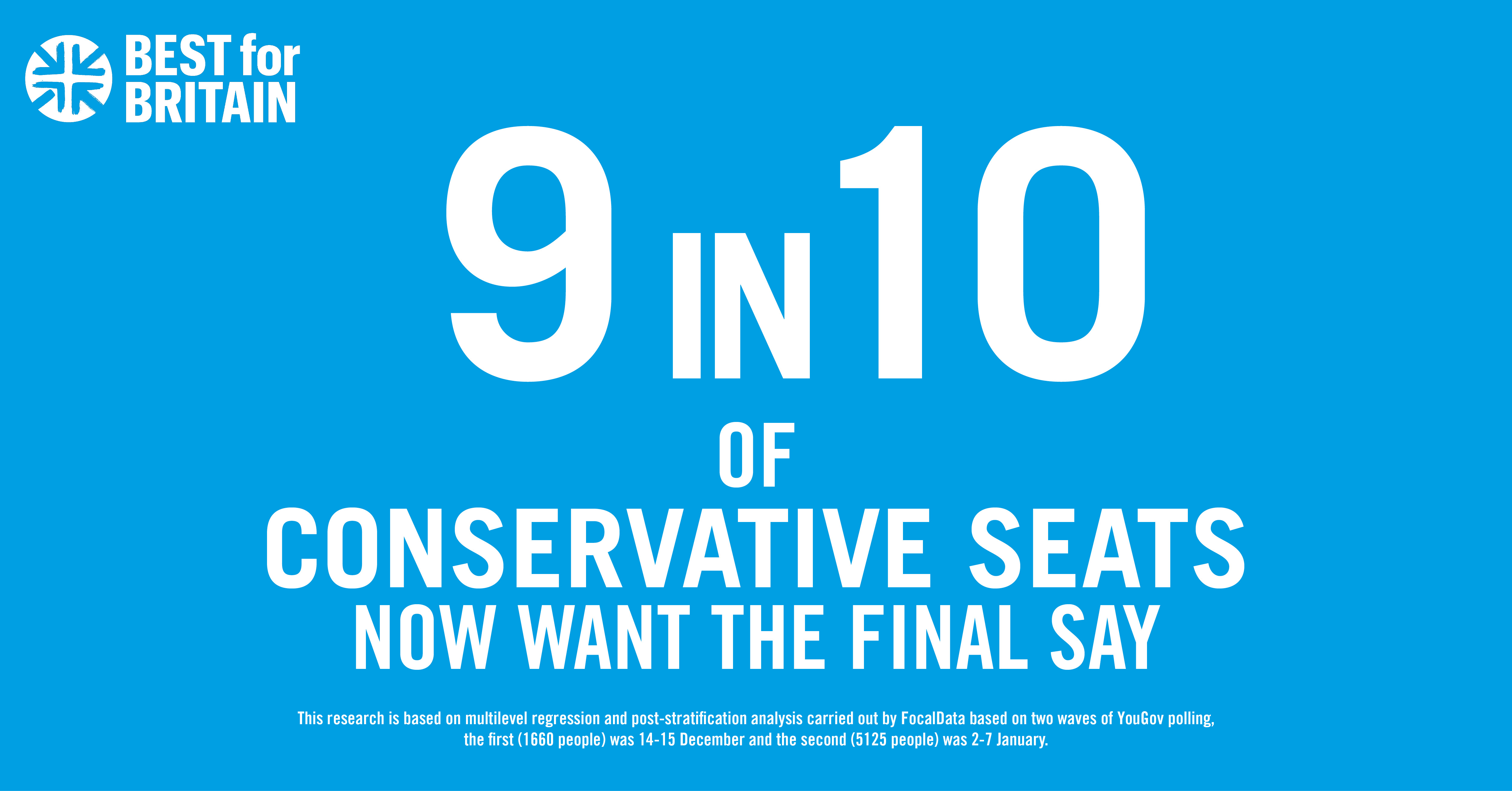 Key findings of the MRP research include:

“The data provided by Best For Britain’s research shows that people have been underestimating Conservative support for a referendum giving people the final say on Brexit.

“I know from private conversations at Parliament that backing among my colleagues for a referendum is there and is growing fast. We am to accelerate that with today’s launch of the Conservative-led Right to Vote campaign.

“Conservative politicians need to pay attention to today’s findings. Across all Conservative held parliamentary seats, 55.8% of voters in Conservative want a referendum if parliament is deadlocked over Brexit, as it continues to be.”

"We welcome the launch of Right to Vote and applaud the MPs that are speaking out for what’s best for their constituents. Britain is uniting around the need for the question of our future in Europe to be put to the people.

“There is a real danger that Westminster will offer a fudge, cobbled together in backrooms. But people across the country want to have the final say on Brexit and MPs must now deliver that.”