No-Deal Brexit 2: The sequel no one asked for

Well, here we are again, the ‘do what I want or I’ll crash my own economy’ stage of Brexit. It might come as a shock to the millions who voted to “Get Brexit Done” in 2019, less so for those of us who didn’t. Many remainers had resigned the UK to a slow bleed of lost growth, missed investment opportunities and increased red tape after the “oven ready deal” was signed. The only comfort to be had was avoiding the carnage of a ‘no-deal Brexit’. But no, get the worry beads back out of storage, it looks like we now all have tickets to the sequel no-one but the DUP was asking for. 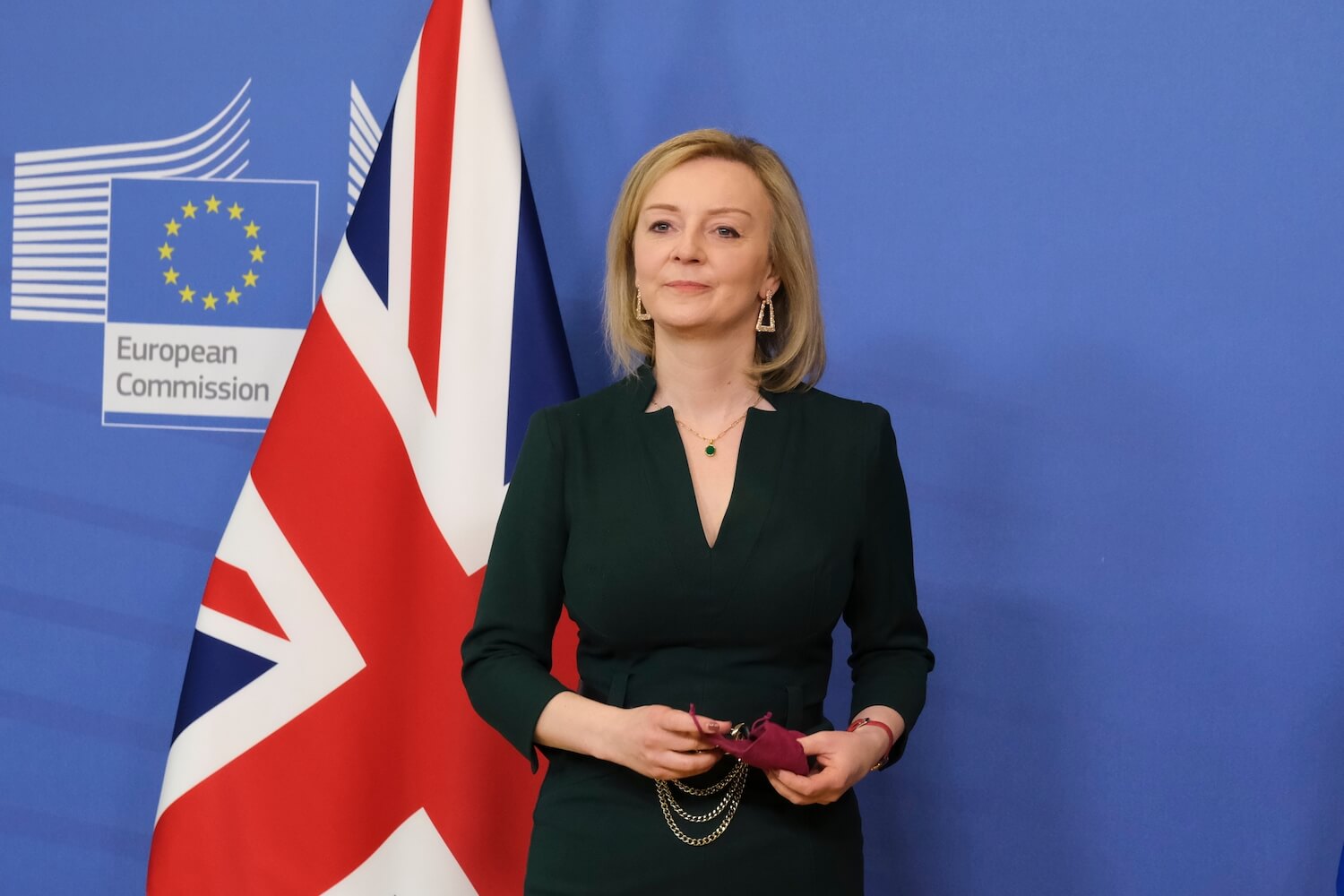 No-deal might not be imminent, but it’s important to discuss why even keeping the threat of unilateral action on the Protocol is as duplicitous as it is self-defeating.

First, for Johnson and Truss to argue that their plan to unpick the Northern Ireland Protocol is to protect the Good Friday Agreement is gaslighting on a national scale. Brexit was carried out against the wishes of the majority in Northern Ireland. The Protocol was agreed by Johnson despite promising the DUP there would be no checks in the Irish Sea. Without the Protocol there will be a need for a hard border in Ireland. The DUP themselves were the main opponents of the Good Friday Agreement, infamously walking out of talks, and have just collapsed power-sharing at the very moment it looked like they weren’t going to be top dogs anymore. In summary they don’t give a flying soda farl about what people in Northern Ireland actually want, underlined by the fact that the NI parties who support ditching the Protocol won just 28.9% of the vote in the recent Assembly Election. By contrast, those who advocate making it work won 62%.

Second, keeping Checkov’s gun on the wall will continue to damage Britain’s international reputation and relations, especially with those across the Atlantic. Representatives of the US government and legislature — both Democrat and Republican — have repeatedly stated their opposition to this course of action, or any other which might necessitate the need for customs checks in Ireland. They’ve made it clear that a trade deal between the US and UK will be contingent on the safeguarding of the Northern Ireland peace process, and have stated that the Northern Ireland Protocol is an important part of this. If our government welch’s on the first trade deal signed, it will hardly give confidence to any other countries with whom we’d like a trade deal.

And third, this tactic, ostensibly aimed at exclusively pleasing the DUP, who have proven themselves impossible to please, will further alienate the other political parties in Northern Ireland. The restoration of a power sharing executive will be remote if the price of Truss’ proposed legislation is customs checks in Newry and Strabane.

If it comes to it, and the government’s threats don’t succeed in a negotiated re-settlement with the EU, we’re back in No-Deal Brexit territory. People are already grappling with the cost of living crisis as food and energy prices soar. Additional EU trade tariffs pushing up prices further would be nothing short of catastrophic, and would only be compounded by the lack of lucrative trade deals with other countries.

Such an act of national self harm would also be celebrated in Russia where Putin is hoping to exploit any fractures that emerge in a western alliance that has been broadly united since the invasion of Ukraine.

So if it’s not about or protecting our economy, if it's not about protecting the Good Friday Agreement, if it will make new trade deals more difficult and Moscow happy, why is Johnson doing it?

Well, following months of scandal, a bruising election result, trailing in the polls and with no ideas to address the cost of living crisis, Johnson is desperate for some way to recreate the collective national mania that swept him to power. Having a scrap with the EU is suddenly useful to him again, and for the first time since 2019, so are the DUP.

His cynical calculation might be that a well-timed conflagration can allow him to resurrect the right’s favourite bogeyman and use the ‘intransigent Eurocrats’ to distract from the cost of living crisis he has comprehensively failed to ameliorate. By tying the move to legislation he can buy time for the bust-up to happen much closer to the next General Election. There’s also the added bonus of hitting the Labour leader with repeated accusations of being a rejoiner as the Truss Bill is debated in parliament if Starmer does the only responsible thing and opposes what would be a disastrous course of action for businesses and struggling households.

Advocates of protecting the Protocol acknowledge there are issues to iron out, issues that will not be resolved with coercion. What is required is a collegiate, methodical and frankly boring process of finding where checks can be reduced and adding to the list of products coming into Northern Ireland from Britain which pose no threat to the Single Market. It will take time and it will take attention to detail. Unfortunately our Prime Minister does not do detail and after a torrid six months, he may be running out of time.