UK voters are ready for a new voting system, including half of Conservative voters

New Best for Britain polling found 52% of all voters support some form of electoral reform. That's coupled with fewer than two-fifths of people who believe their vote has made a difference to the final result in an election. Clearly UK voters want to see change. 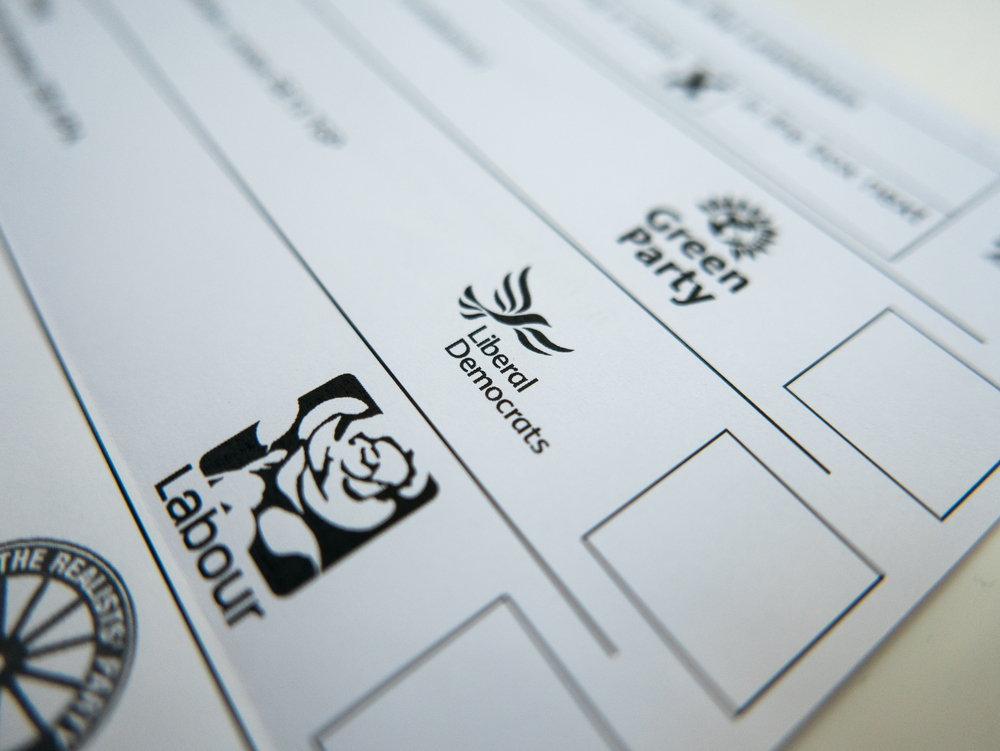 Best for Britain commissioned Number Cruncher Politics who polled 3,004 UK adults between 8th and 18th March 2021. We asked people whether they felt their vote had made a difference to the outcome of an election, whether they support the idea of a proportional representation voting system and whether they thought parties that share similar values should work together at elections rather than stand candidates against each other. 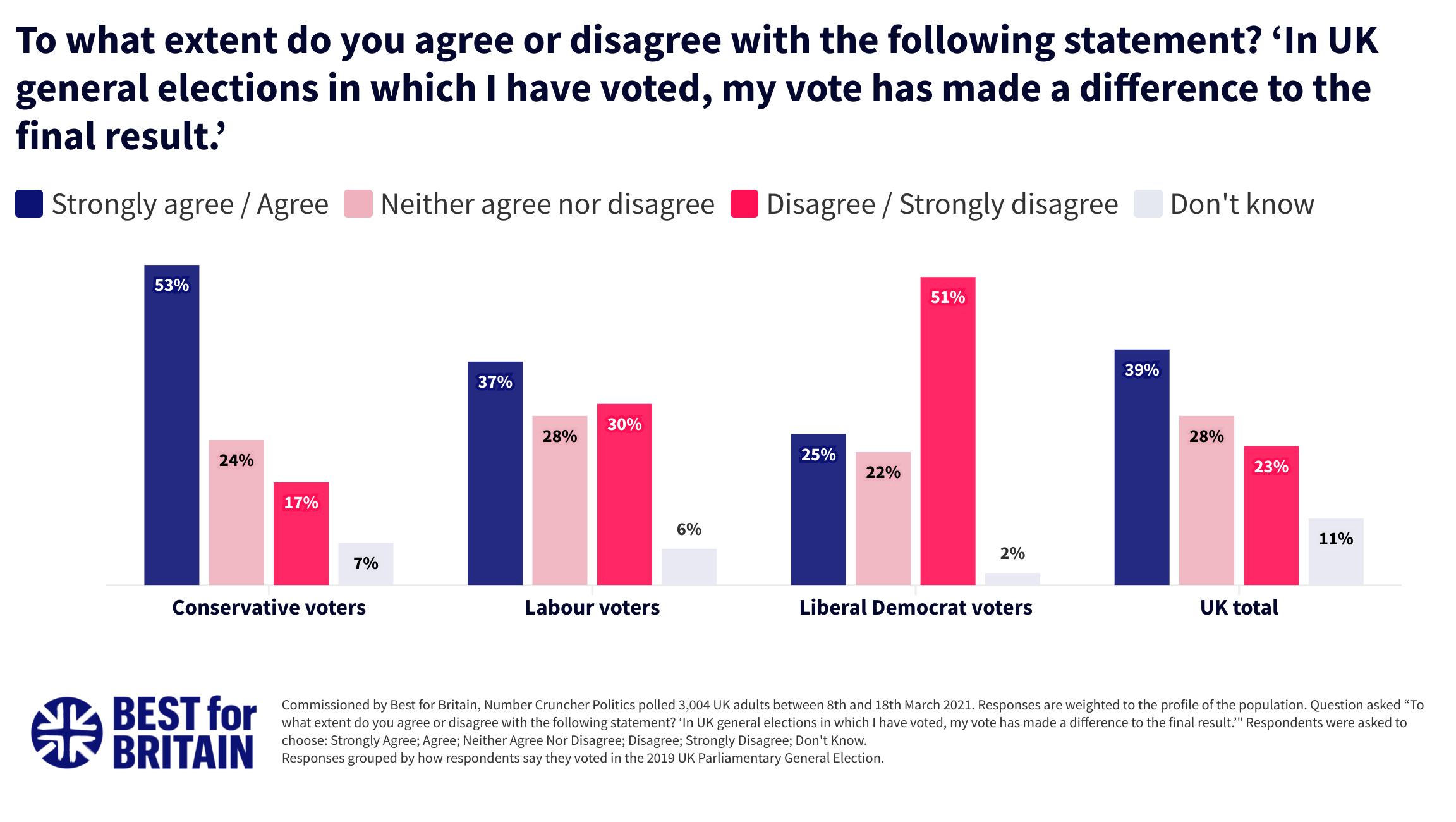 The new Best for Britain research shows that 52 per cent of voters support some form of electoral reform, while only 17 per cent oppose it. Some 64 per cent of Labour supporters are in favour, and even 50 per cent of Conservatives like the idea. 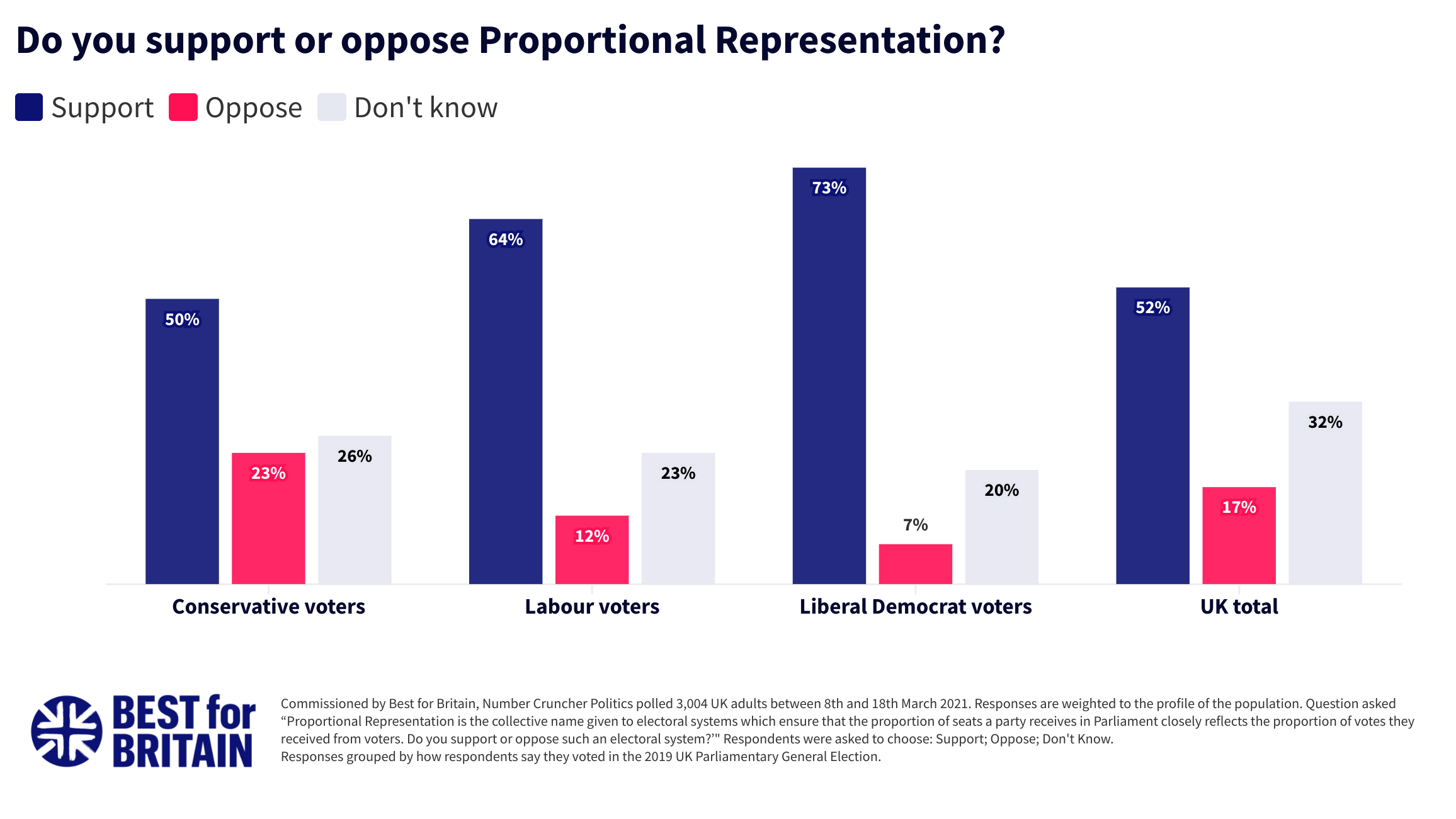 Support climbs to 52% in Leave voting Conservative seats, where just 15 per cent oppose it - the very seats that Labour needs to win if it wants power. 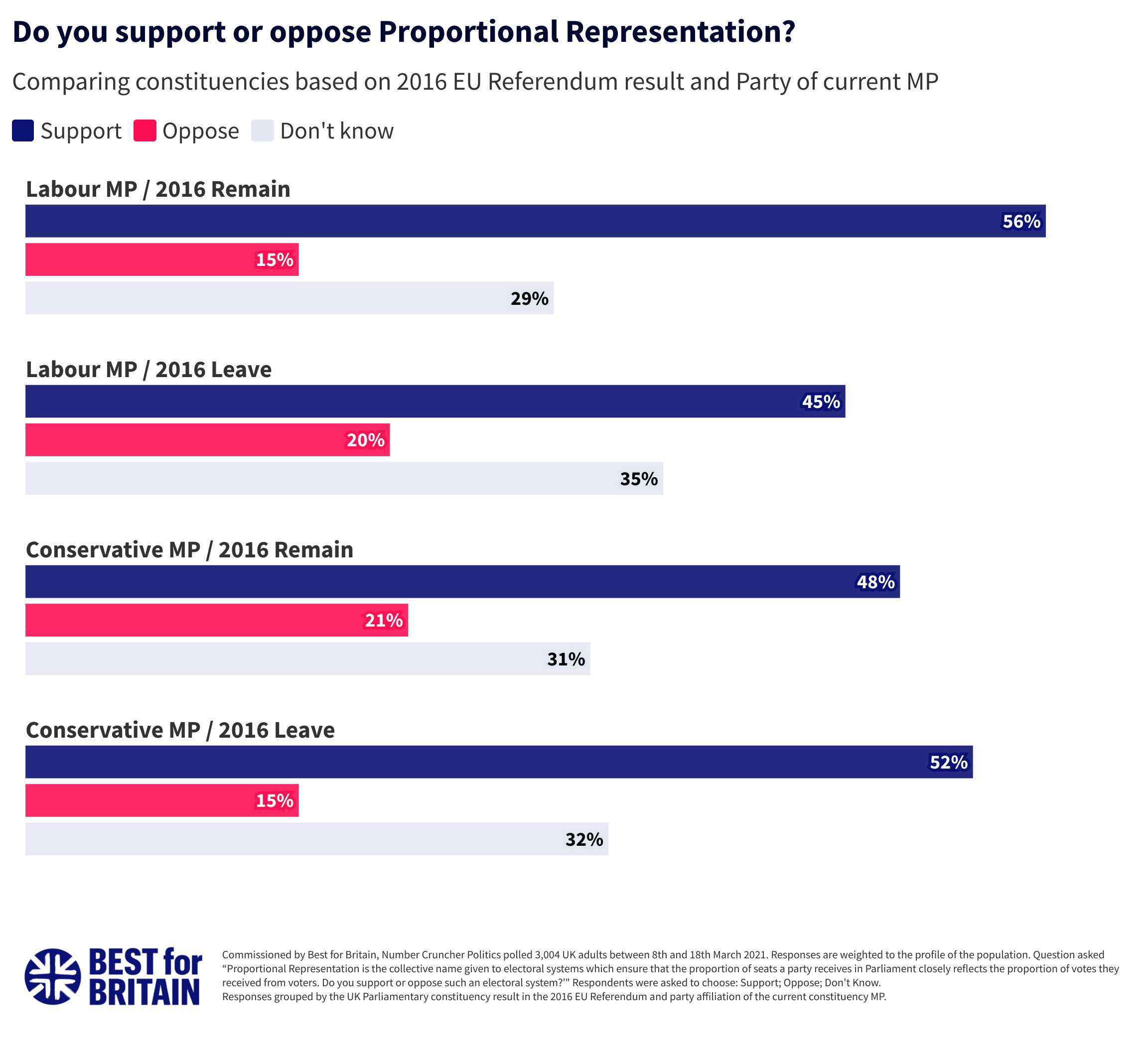 A whopping 64 per cent of voters say political parties that broadly agree with each other, should work together at election time rather than stand against each other, including 63 per cent of Conservatives and 70 per cent of Labour supporters. 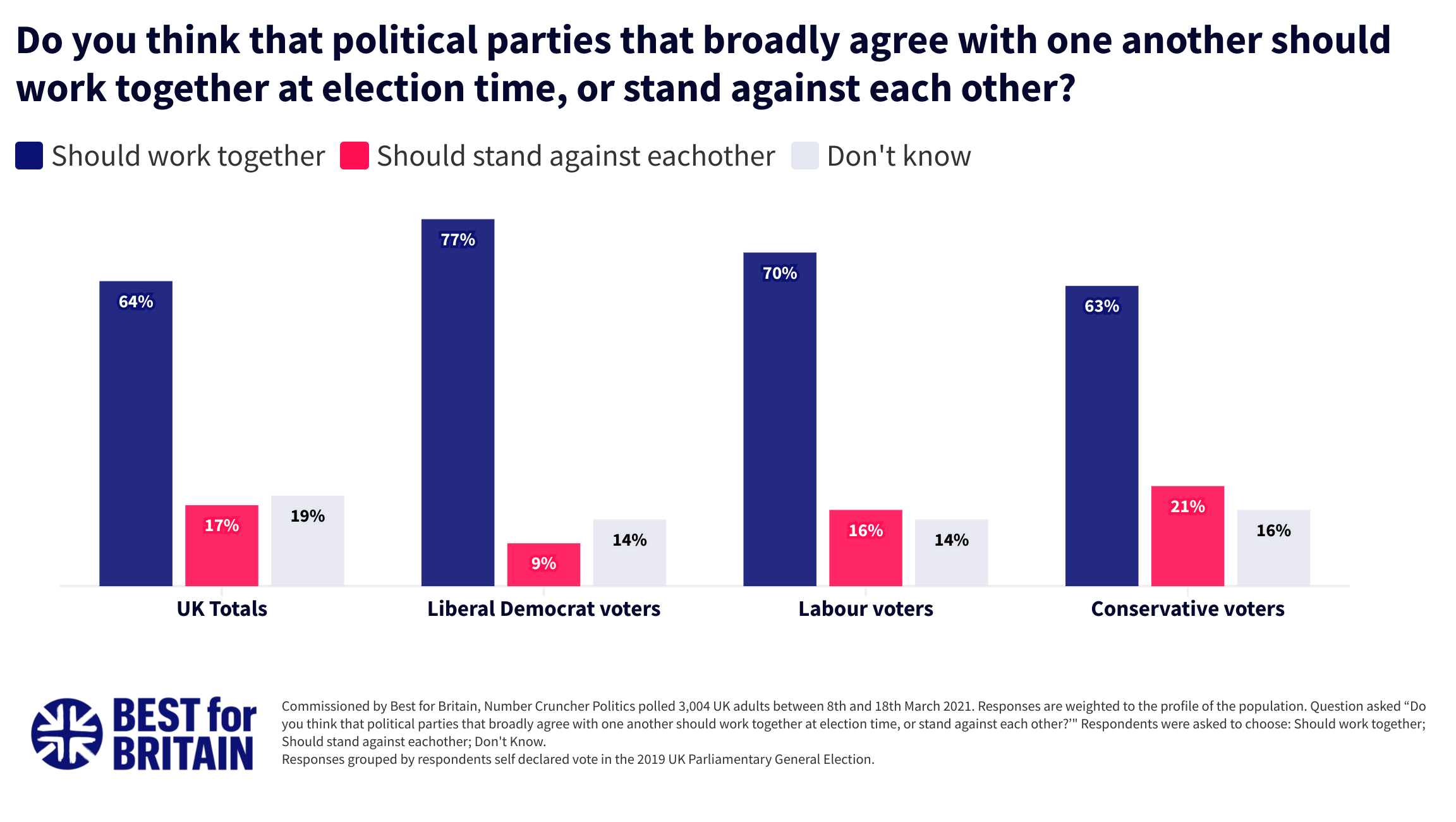 Number Cruncher Politics polled 3,004 UK adults between 8th and 18th March 2021. Responses are weighted to the profile of the population.