The Government cannot be allowed to mark its own homework 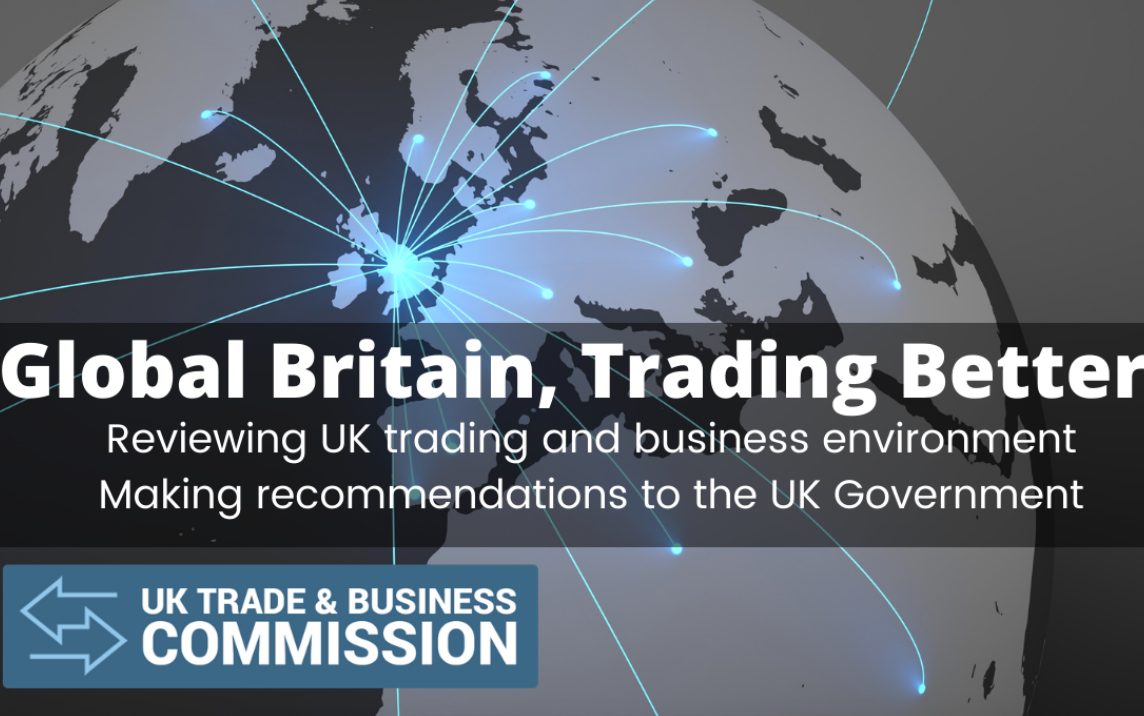 This week, the Office of Budget Responsibility revealed the UK’s new trading arrangement with Europe will cause both short- and long-term damage to our economy. The Government's Trade & Cooperation Agreement is set to cause a 0.5 per cent short-term hit to GDP and a 4 per cent reduction in productivity in the longer term.

We are currently facing the worst global recession for three centuries. Trade and domestic industry have faced unprecedented disruption from the COVID pandemic, compounded by the UK’s disorderly exit from the EU. This double whammy impact makes it all the more crucial we build back Britain’s economy in the right way.

Business representatives were all but excluded from the fraught process of negotiations in 2020. The Government favoured headlined-grabbing brinksmanship, over consultation and cooperation. As a result, businesses across the UK has just days between the final draft of new trading rules and the cliff-edge end of the transition period.

As Best for Britain’s September 2020 report revealed, the government failed to pursue business-critical outcomes in negotiations, like the mutual recognition of professional qualifications and equivalence in financial services. It was the politically totemic fishing industry which emerged as the centrepiece of negotiations, despite being worth just £400 million compared to the £125.9 billion juggernaut of financial services.

I believe it is business leaders, entrepreneurs and experts who will lead the way on Britain’s recovery in 2021. It is vital we include them in filling some of the gaps in the threadbare trade deal, and provide decision-makers with accurate impartial data.

MARKING THEIR OWN HOMEWORK

Whether it is rewriting the “independent” Race and Ethnic Disparities report, or blocking an MP-led investigation into the Greensill scandal, this Government seems allergic to scrutiny. And when it’s forced in to being held to account, it offers a remedy akin to marking its own homework.

Given all this, can we really trust them to give voters an objective assessment of its own trade deals?

We don’t think so. That’s why Best for Britain is acting as Secretariat for a new cross-party, cross-nation, cross-sectoral Trade and Business Commission to provide much needed scrutiny of the UK’s trade deals with Europe and the rest of the world.

The Commission brings together eleven MPs from nine different parties and all four nations of the UK, along with business leaders and trade experts. It is co-convened by Hilary Benn MP and the Chairman of Virgin Group Peter Norris.

Evidence this Commission gathers will be used to make regular recommendations to the government, outlining potential improvements to its trade deals. The first session held yesterday (15 April) highlighted the need for objective data on Great Britain-Northern Ireland and to ease the prohibitive costs now faced by SMEs trading with Europe. As fortnightly sessions continue through the year, the Commission will make practical recommendations to the Government to improve British trade.

Britain has an opportunity to make ‘build back better’ more than just a slogan, and more than just a domestic goal. The UK will host the G7 summit in Cornwall this year, convening the leaders of Canada, France, Germany, Italy, Japan, the United States and the European Union. COP26, hosted in Glasgow, will follow shortly after. Britain is in the international spotlight, and this is our chance to show we are a force for good on the world stage.

The Government’s recent Integrated Review set out ambitions for an ‘Indo-Pacific tilt’, spearheaded by the UK’s application to the CPTPP. But concerns have been raised. The Trade Union Congress warned the CPTPP “has no effective enforcement of labour standards, includes Investor-State Dispute Settlement clauses and exposes public services”, while others have raised certain partner’s links to modern slavery. There is also the issue of whether China may join the CPTPP and the rule changes it may demand on entry.

Outside the EU’s Single Market - world’s largest trading bloc - UK standards and workplace rights, may be at risk. The Commission will take evidence on, and make recommendations to government on future and ongoing trade negotiations. The aim will be to ensure our trade policies reinforce our values and bolsters our allies.

In 2021, the UK should seek to be a standard setter – raising standards across the globe through its trading relationships. We should pursue a trade policy which galvanises international cooperation, strengthens multilateral trade and fosters the central tenants of liberal democracy at home and around the world.

THE TRUE COST OF TRADE

The conflict in Northern Ireland was never resolved, but frozen. Tensions exist just under the surface, and the destabilising trade deal has begun the thaw. Buses have been set alight, petrol bombs detonated and 88 police officers injured. These troubling scenes are made the more galling by the fact the Government refuses to take responsibility.

Boris Johnson continually prevaricated about the reality of his deal, right up until the end of the transition period. He promised Northern Irish traders would not be burdened by cumbersome new rules or be treated differently from the rest of the Union. It is both the reality of the Northern Ireland Protocol, and the lack of honesty from our leaders, which has caused the foundations of the Good Friday Agreement to be shaken.

The UK needs an independent, objective Commission on trade not just to bounce back from the double whammy of COVID and our exit from the single market, but to shape the sort of nation we want to be.

The government wants us all to think the damage to our economy, and our Union, are an unavoidable price to pay. Negative impacts from leaving the world’s largest single market are inevitable. But it is wrong to think it is entirely unfixable. It is the Trade and Cooperation Agreement, and the manner in which it was negotiated, that is insufficient for businesses and citizens.

The TCA does not have to be the last word on our relationship with Europe. The end of the transition period marked our official break with the customs union and single market, but we will never cease to be neighbours.