The rich tapestry of British life 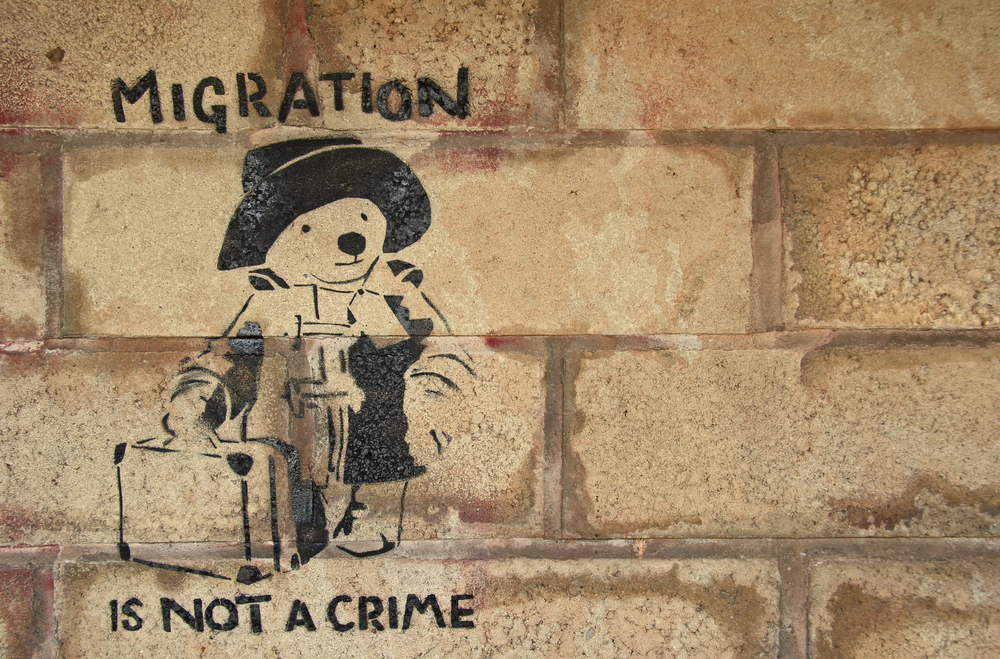 That is what Britain would be like without the refugees and descendants of refugees who have made this island their home.

From singers like Freddie Mercury and Rita Ora, to politicians like David and Ed Miliband, to artists like Lucian Freud and Mona Hatoum, British history - and that of the world - would not be the same without the right for individuals to seek refuge and be granted it.

We must not, of course, romanticise Britain’s history with regards to refugees. Britain may tout the success stories of such individuals, but it has too often been a hostile land for those escaping persecution elsewhere.

For example, during the Second World War, Britain adopted a policy of hostility towards ‘enemy aliens’ - residents in Britain of German or Austrian nationality. The vast majority of these residents were actually refugees (often Jewish) who had fled persecution by the Nazis. Some 24,000 of them were interned in sites such as empty hospitals and barracks.

The fact, then, that so many refugees have succeeded in spite of hostile treatment is extraordinary.

But we can’t just celebrate the refugees who go on to become famous or wealthy, or those who pioneer scientific inventions or musical genres. Their achievements are hugely important, and remarkable considering their circumstances, but the rich tapestry of British life is about far more than wealth and fame.

Many Britons with foreign heritage find themselves subject to something called the ‘good immigrant’ myth, a trope which sharply segments immigrants (and refugees) into the categories of ‘good’ (usually determined by outstanding achievement) and ‘bad’ (often simply determined by struggling to build a life in a hostile land). The idea implies that those who come to Britain will only be accepted if they prove themselves. This expectation weighs heavily on many from immigrant backgrounds - and is certainly burdensome to place on refugees, with many of them fleeing unimaginable hardship.

Britain’s history with regards to refugees may make for an uncomfortable realisation. The fact that we as a nation often laud only those who succeed against tough odds that are partly of Britain’s making is troubling too. But the past does not have to be the future, and though the ‘good immigrant’ myth exists, it cannot fully obscure the fact that refugee communities in their entirety have made this nation stronger, and a far more open and hopeful place to be.

We have been a nation of refugees from our inception. One in six Britons is descended from the Huguenots, French Protestants who fled persecution between the 16th and 18th centuries. Nigel Farage, a famed fomenter of anti-refugee sentiment - was likely descended from Huguenot refugees himself.

In more recent years, we have seen Britain’s rich cultural life expanded by communities of refugees from all corners of the world. From Ugandan Asians escaping Idi Amin’s dictatorship in the 1970s, to communities from Syria in the past decade.

The shape of Britain’s streets, the evolution of our speech, the frame of reference for our cultural understandings would be greatly diminished if we as a country had not shown these small glimmerings of hospitality. They are small glimmerings only - we take in fewer refugees than our European neighbours, and a far smaller number than countries such as Turkey and Lebanon - but they are glimmerings all the same.

Imagine what life could be without hostility and hesitation? Imagine if we made it easier for refugees to have their qualifications recognised, for them to get a job, or for their family members to join them here in the UK? Imagine if we properly funded English language programmes, instead of cutting them, and if we gave asylum seekers safe and secure accommodation, instead of denying them one of the most basic rights? If we just adopted policies towards refugees that were more in line with Canada’s, perhaps, we would reap the benefits of a more open society.

Refugees have woven a complex and significant story for themselves and their descendants in the fabric of British life - often despite unnecessarily harsh circumstances. For a better, more open Britain, we must not simply open our doors more widely to refugees, but we must also ensure that needless obstacles are not placed in their path. That way, we can be the best Britain we can be.