At the 2021 Labour Conference, Best for Britain CEO Naomi Smith spoke at a fringe event organised by the pressure group Compass.

Naomi spoke about the value of proportional representation for voting systems and looked ahead to the next election, considering how important a progressive alliance could be in bringing an end to nativist politics in the UK.

You can read the full text of Naomi's speech below or watch the full event here. 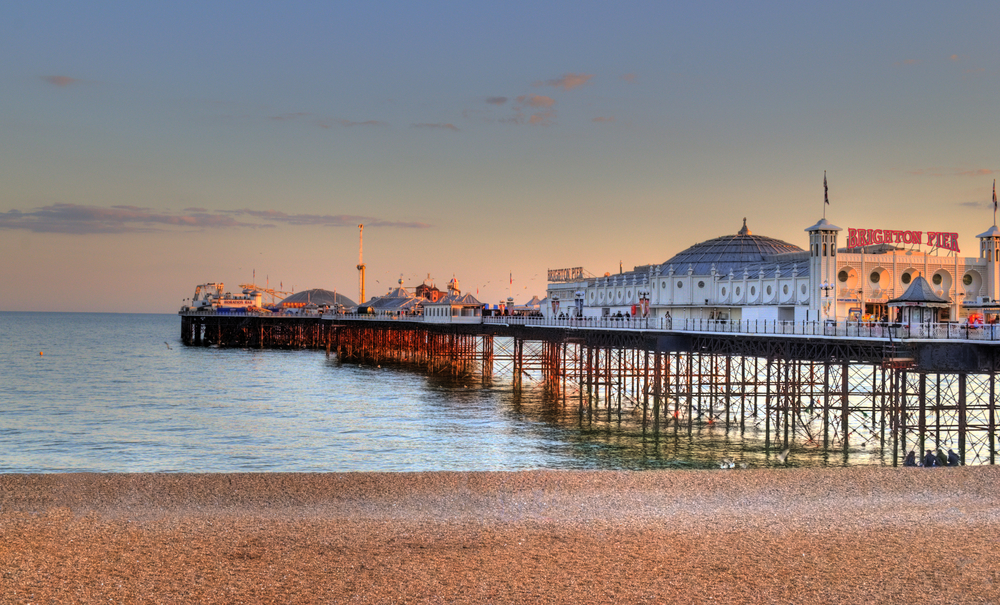 And thank you everyone for being here this evening and to those of you who fought so valiantly this week in favour of equal votes.

I may not sound like it, (though I can do the voice if you like), but I grew up in Northern Ireland during the troubles, at a time when first past the post was a tool of oppression. Equal votes was a precursor to peace and power sharing there, and it is Labour who deserve the credit for much of that effort.

So where do we go from here? Of course not having adopted PR won’t endear the other opposition parties to an alliance but Labour conference isn’t alone in this. Last weekend the Lib Dems passed a strategy motion to stand a candidate in every seat but the Speaker’s. And so we end the conference season in a less than ideal situation.

But we need to focus opposition party leaders on the data. My organisation, Best for Britain, does a lot of seat level polling, and the data answers tonight’s essay question - as the polls stand, and unless something changes markedly, if Labour wants to win, they have to share power, they have no choice. There is currently no other route to victory.

As progressives, it’s time to do the one thing that Boris Johnson would most hate us to do and that’s to unite our collective strength and train our guns on the real opposition - this government - and its assault on our democracy, its assault on our trading relationships and it’s assault on our global reputation.

And if I have one overriding message for Labour at this conference it is that THIS IS NOT 1997.

Non-aggression Lib Lab style pacts will be necessary but insufficient.

The boundary changes make it tougher. Scotland is now an area of weakness rather than a source of strength for Labour. And for some reason I can’t fathom, the Conservatives aren’t as toxic with the public as they were in 1997. The swing Labour needs to win now is greater than that achieved in 1997. And would deliver a majority of one, not the 400+ MPs achieved then, making it very difficult to get things done.

The world has changed. New Labour triangulation no longer works, because the political landscape is so drastically different, we have an older voting population and are facing boundary changes that favour the party of government, and that’s before we’ve even talked about Scotland.

Our data shows that in order to form a coalition to win, stand asides will be necessary in fewer than a quarter of the seats in the country. And in over a hundred of those, it’s the Lib Dems and Greens who need to do the stand aside meaning that Labour only needs to stand aside in just 20 or so. For one election only.

Labour just has to take the hit on choice for one election,  in seats you can count on your fingers and toes, in order to give voters more meaningful choice forever after.

In 2019, our MRP predicted an 81 seat majority for the Conservatives if there was no progressive alliance. There wasn’t and Johnson got an 80 seat majority, because despite our best efforts, our data was ignored.

This conference has been dogged by infighting. So it’s worth remembering that a major part of the Progressive Alliance campaign is about promoting greater progressive cohesion. And that is not just about the cohesion BETWEEN parties of the progressive left but also WITHIN Labour party itself.

The Labour Party needs to ask itself what kind of society it wants us all to live in? One where pluralism is politically punished or not?

Surely pluralism should be a strength of the left and not a weakness. The left cares about minority rights. How can it do that while supporting a system that punishes diversity? A system that is at odds both with its strategic interests because it structurally supports the right, and is at odds with its values and what it wants for society.

Best for Britain polling earlier this year showed a whopping 64 per cent of voters say political parties that broadly agree with each other, should work together at election time rather than stand against each other, including 63 per cent of Conservatives and 70 per cent of Labour supporters.

And don’t let anyone tell you that Lib Dems help take votes off the Tories - it’s not true. When they don’t stand, the vast majority of their vote switches to Labour. We’ve crunched the numbers and that’s the reality. But that will need reciprocity by Labour.

At Best for Britain we want to make sure the next government is less nativist than this one. As the polls stand, there’s only one way to do that. The data makes the case clear. And you need to help us deliver it to those who need to hear it. So if you haven’t done so already PLEASE join Best for Britain via our website. We’ll be leading the charge armed with the facts, and we’ll need an army behind us to make sure that this time, it isn’t ignored.

Only together can we build a new politics for a new and good society 👇https://t.co/d2D7XWddjR