This Saturday marks World Human Rights Day. The UK should be able to celebrate its role in safeguarding human rights and upholding international law around the world, but the reality is our Government routinely tramples upon both. 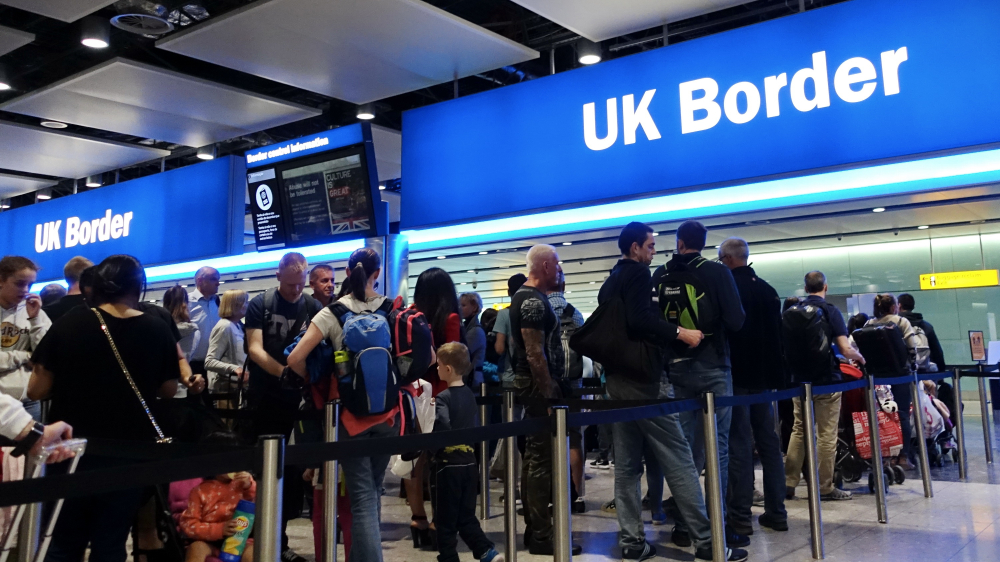 News of the past months’ horrors at the Manston detention centre and the Home Secretary’s Enoch Powell-esque claims of an ‘invasion’ have left many in the UK with a troubling–and deeply misleading–view of people who seek asylum here.

It is troubling that the Government (and, all too often, the Opposition) has done a very effective job pushing harmful myths about people seeking asylum, making their vulnerable position all the more precarious–made worse by scare stories put out by certain sections of the press.

This week, we’re setting the record straight and debunking 7 of the most common myths about migration–so you can right the narrative when you hear them.

Did you know that this Saturday is World Human Rights Day? No?

Well, now you do. And here's how our government's doing on that. 🧵1/

MYTH:  “Asylum seekers come to the UK, live on benefits and don’t contribute to the economy.”

FACT: Immigrants to the UK, regardless of where they came from, are net positive contributors to the public purse. In fact, incompetency in the Home Office is preventing people seeking asylum from making the contribution they desperately want to. If you have a pending asylum claim, you have no right to work in the UK. Over 40,000 people have been waiting between one and three years for their claims to be processed. So, the fact that many asylum claimants are prevented from earning their keep and helping alleviate critical labour shortages is the fault of the Home Office.

MYTH: “Most people arriving in the UK are lying in their asylum claims to increase their chances of being granted asylum.”

FACT: The vast majority–76%--of asylum claims in the UK are approved, meaning the Home Office found that claimants’ need for safe haven was justified. In fact, much of the falsification in the UK asylum system is reportedly done by the Home Office. There have been numerous allegations of Border Force agents pressuring juvenile asylum seekers to lie about their age and of children placed in housing meant for adults.

MYTH: “People arriving on small boats in the Channel are jumping the queue ahead of people who are doing it the ‘right way.’”

FACT: Channel crossings have increased because there are currently no safe and legal routes for people in danger of persecution to move to the UK. Recently, the Home Secretary was unable to explain how a child fleeing persecution in East Africa could legally claim asylum in the UK –even if they had a relative living here already. Dangerous Channel crossings can be prevented with the restoration of safe and legal routes, but over the last 12 years, the government has been systematically closing them. The UK’s recent deal with France only focused on patrols.

MYTH: “The UK already takes in too many asylum seekers.”

FACT: Numbers don’t lie: the number of people seeking asylum in the UK is bottom of the pack compared to most other European countries. The UK sees 8 asylum seekers for every 10,000 people here, compared to 23 in Germany and 43 in Austria. Even in Cyprus, the home of the most asylum seekers, relatively, they make up just 1.5% of the population. However, thanks to coordinated campaigns by right-wing media outlets, many people in the UK (and beyond) believe the number of vulnerable people in the population is much higher than in reality. When coupled with far-right talking points from government officials, this can stir up dangerous xenophobic sentiment–just look at last month’s attack in Dover.

MYTH: “People are illegally migrating to the UK, instead of seeking asylum in the first safe country they reach.”

FACT: There is no such thing as an ‘illegal asylum seeker.’ The right to seek asylum is protected by international law. The ‘first safe country’ stipulation often parroted by anti-immigrant politicians and commentators is–ironically–an EU policy. The UK’s withdrawal from the EU also withdrew us from the Dublin Convention, which allows EU member states to relocate people seeking asylum to the first EU country where they were registered.

MYTH: “Economic migrants from Albania are gaming the system.”

FACT: While the number of people from Albania crossing the Channel has risen this year, the Government’s specific targeting of them is as misleading as it is shameful. Despite an oft-repeated, cherry-picked stat about 60% of those crossing the Channel being Albanian, the latest government figures indicate Albanians make up well under half of this number. When looking at the picture more generally, the majority of Albanians applying for asylum in the UK had their claims approved–55%, a rate still lower than that in Ireland or Italy. In fact, recent analysis revealed that 86% of Albanian asylum awardees in the UK in the past year were survivors of human trafficking, but that hasn’t stopped the Government from cynically demonising an entire nation and causing diplomatic incidents in the process.

MYTH: “Asylum seekers are put up in nice hotels at taxpayer expense while the country experiences a cost of living crisis.”

FACT:  The government giving people seeking asylum a luxury vacation is a fiction of the right-wing press. As we saw at Manston, many people are housed in overcrowded, unsafe processing centres. Here, many were held for over a week in a facility meant to process people within a day and had limited access to fresh air and exercise. The Government ignored warnings of diphtheria outbreaks in these centres for weeks, and one man has tragically died from the disease–thought to be contracted at Manston. Many more are currently quarantining in these hotels. Furthermore, there have been reports of unsafe conditions in these hotels, like rubbish piling up, mould, and a lack of plumbing. People at these hotels are not in the lap of luxury–many have been shuttled around various hotels for years waiting for their claims to be processed. If the Home Office addressed the asylum backlog, people currently housed in these hotels would be able to start working, find a real home, and begin building a life and contributing to their new communities in the UK.

This list is by no means exhaustive, but it covers some of the most common falsehoods that immigration opponents in the Government have been peddling over the last few months.

Help us understand how you feel about immigration by taking our quick survey: