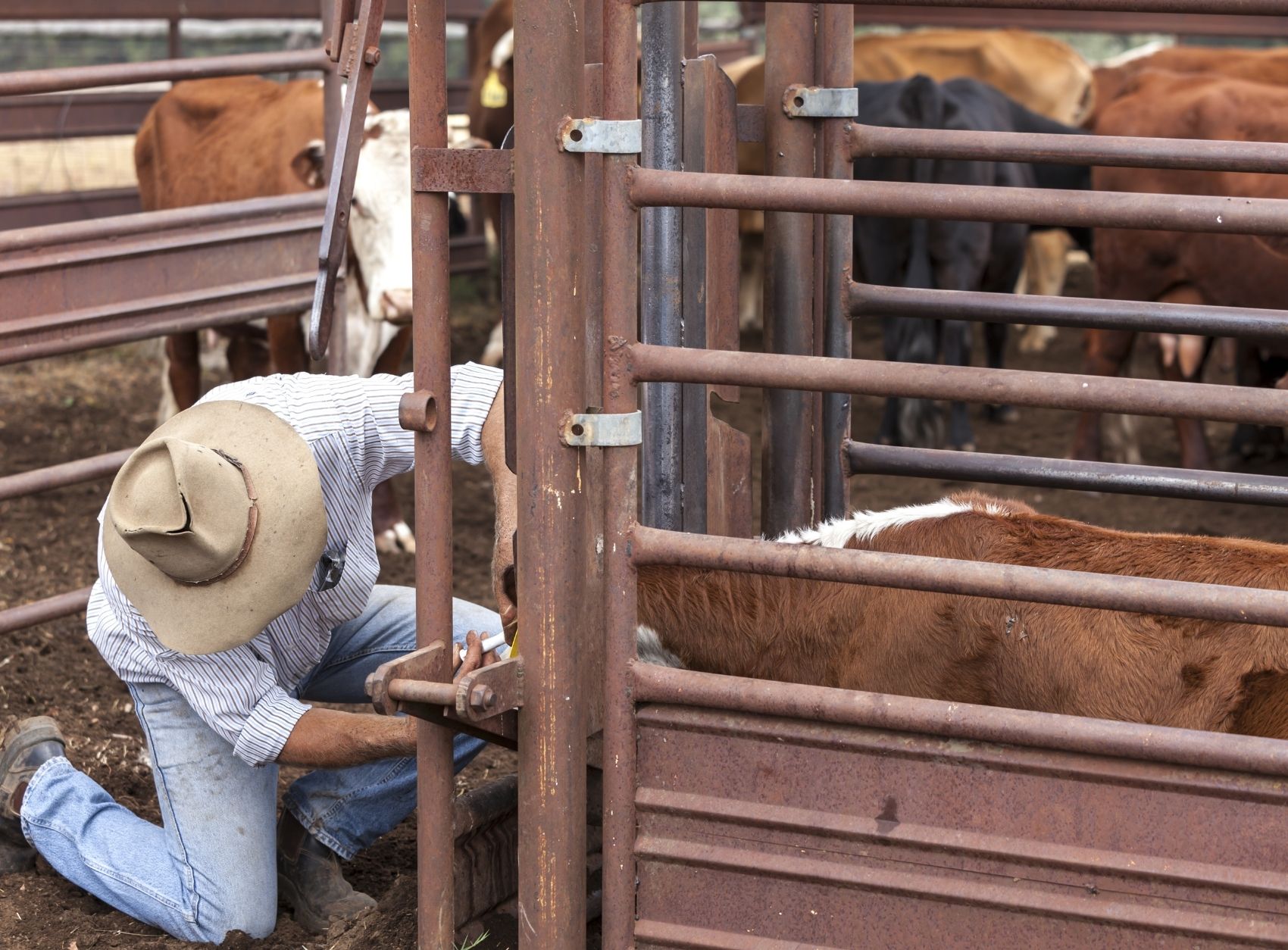 Old MacDonald had a farm ee-eye-ee-eye-oh.

And on that farm he had 80,000 hormone injected cows

This of course, is the Australian edition of the classic nursery rhyme. That’s a lot of moo-moos here and moo-moos there, because Australia specialises in farming on a grand scale.

The biggest cattle station in Australia is Anna Creek and it constitutes around 5.8 million acres of arid South Australian farmland. If real estate on this scale is hard to visualise, that’s an area larger than Israel.

You call that a herd? This is a herd - The Alexandria farm, in the Northern Territory, is a mere two-thirds of the size of Anna Creek, but is home to 80,000 cattle.

In fact, Australia has eight of the ten biggest farms on the planet – China has a couple of dairy operations that dwarf even the Aussie efforts, but it’s our friends down under who are masters of large-scale cattle farming.

For context, the average British farm is around 213 acres and even the bigger farms are, on average, a little over 1,000 acres.

When it comes to economies of scale, British farmers are at a distinct disadvantage. The President of the National Farmers Union Scotland, Martin Kennedy, says Aussie farming methods are much more efficient, with cattle fed industrially and intensively, and with the industry having a larger carbon hoofprint as a result – and that’s before meat is transported halfway around the world.

So it’s little surprise that British farmers are deeply anxious about the looming trade deal with Australia.

But it’s not just British farmers who are concerned. Best for Britain polling shows 61 percent of people believe the welfare of farmers should take priority in a trade deal – and only 20 per cent would put cheaper food ahead of protecting them.

There are a host of reasons for consumers to be concerned about the impact a rushed trade deal could have on British food supplies.

As well as the advantages of scale that Australian farmers enjoy, there are welfare issues as well, such as the length of time live animals can be in transit, and cruel practices such as mulesing – slashing the rear quarters of animals, without anaesthetic, to reduce blow fly infestations.

Then, of course, there is the issue of injecting growth hormones into livestock. At present, Australian beef exports represent only 0.5 per cent of the UK market, and none of that contains hormones.

The real danger from easing rules on an issue like this is not so much the impact on Australian imports, but the fact it would open the floodgates to other countries sending hormone-treated meat to the UK. ‘Hello’ chlorinated chicken from the USA.

The Trade Secretary is busy today demoing fresh sounds including, ‘no bleached birds from the US’ and, ‘I’ve been clear we’re not changing standards’. While we always applaud new material, sometimes you just want to hear the classics. Play, ‘No checks in the Irish sea’ or ‘Free and frictionless trade with Europe’!

Now, you may say that’s no problem, that you would still buy only free-range chickens and hormone-free beef.

But, if you are a meat-eater, ask yourself this: do you routinely check where the ingredients of ready meals or takeaways, for example, come from?

When’s the last time you asked a chippy what was in their sausage? Or restaurant what conditions their chicken was raised in? Do you know the origin of the pepperoni on that late night pizza?

If we open the back door to second-rate food imports – and, in ethical terms at least, that is certainly what we are talking about – then it’s not the premium Waitrose cuts that will be affected, it’s the freezer food we love to indulge in after a session or worse, the grub in schools,hospitals and care homes where cost is often the primary concern and those doing the eating have no say.

And that’s the risk from a rushed Australian trade deal – it’s not the immediate impact of relaxing the rules for Antipodean farmers but, rather, the inevitable bleeding away of standards when we strike deals with other countries, and the ease with which ingredients that are, at present, illegal, can find their way legitimately and anonymously into our food chain.

This applies not only to meat products, but to our fruit and veg too: what pesticides are used? Are products Fair Trade? Is their production doing irreparable damage to our environment? And are these ingredients produced to the same standards as they would be by farmers in Britain?

We can’t have a two-tier system for our foodstuffs because when standards slip, they slip for everyone. For large farms and small, Australian farms and their British counterparts, and for all consumers no matter where they do their weekly shop. Of course, poorer consumers are likely to be impacted more, because that’s how the economics of cheap food works.

Any deal needs proper scrutiny, proper time for examination, and transparency around who the winners and losers will be.

Crashing through a deal with very experienced Australian negotiators to engineer positive headlines, and get a Brexit ‘win’, simply stores problems up for the future, both in terms of trade negotiations and the standards that so many people have worked so hard to put in place and maintain.

Messing with those standards would, then, be a very slippery slope indeed, one likely to affect all of us, not just Aussie MacDonald and his struggling competitors here in Blighty. Ee-eye-ee-eye-No.