An assault on our democracy 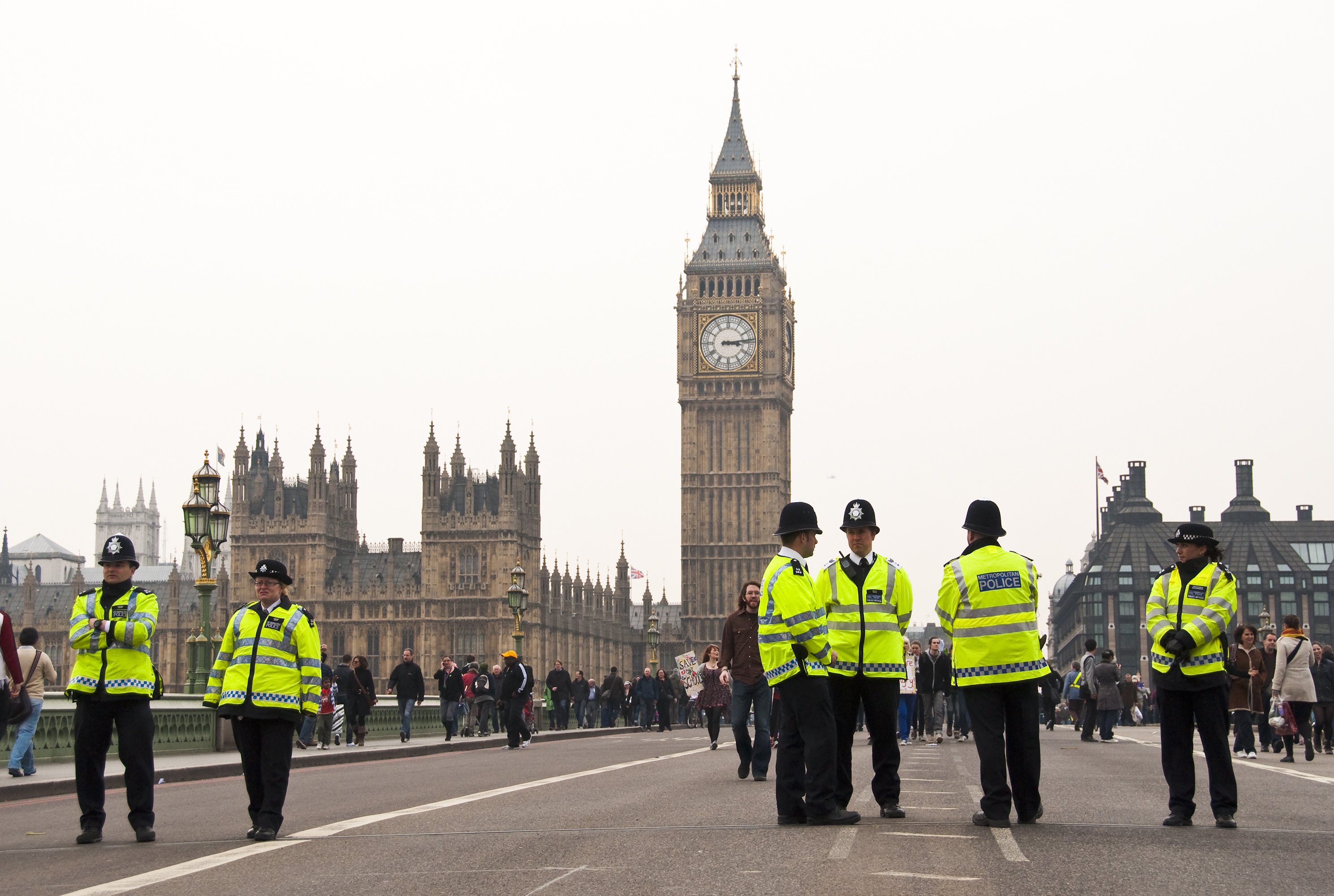 The UK’s electoral system is broken and badly in need of reform. In fact, when we say ‘reform’ we should say ‘modernising’ or ‘updating’ because large chunks of it haven’t been changed since Queen Victoria was on the throne.

It’s about time we made our voting system fair so that election results actually reflect the will of the people and every vote is counted. We think it’s about time we worked seriously to restore trust in our political system.

Boris Johnson’s government agrees it’s time to change the laws governing our democracy, they’re calling it ‘renewing democracy’. But what they’re proposing is much more a big step backwards than a leap into the future. In fact, what they want to do amounts to a systematic shutdown of dissent, and a radical weakening of the systems used to hold the powerful to account. It’s the most authoritarian power grab by a government for decades. 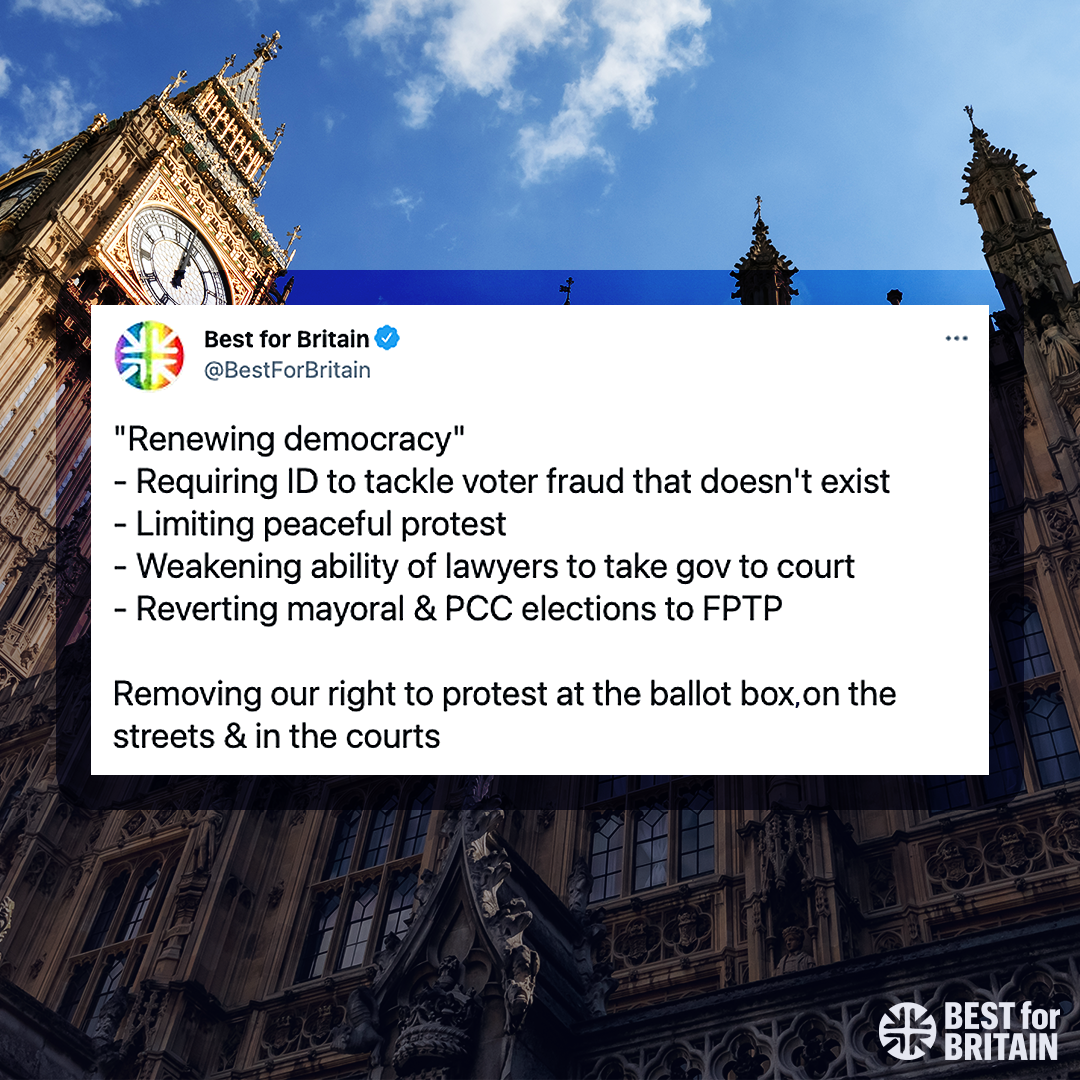 Based on what government ministers and MPs have said, their wish list seems to include:

The Queen’s Speech on Tuesday 10th May, which set out the Government’s plans for new laws it wants to make this year, included proposals to ‘renew democracy’. They clearly plan to move fast, making full use of their huge majority in Parliament to ram through changes that will have effects for generations.

And the Government has more on its anti-democratic to-do list than just electoral reform:

And they’re pushing ahead with constituency boundary changes that seem likely to redraw MP’s constituency areas in a way that favours Conservative candidates in a future election. It’s worth noting that this is after passing a law in 2020 that removed the right of Parliament to approve new boundaries, so MPs won’t get a say.

If you take all these measures together, as a coordinated and combined attack on the fabric of the United Kingdom’s democracy, it is chilling.

If the government succeeds in everything it threatens to do, it will make the UK less free, less democratic and less open. We will all be poorer. And those in power will sleep much more soundly in the knowledge that ordinary people are much less able to take power away from them.

Take voter ID, which many voters instinctively feel makes a certain amount of sense - of course nobody should be able to commit voting fraud and vote more than once or steal some else’s vote. But these sorts of crimes simply do not happen in large numbers. Generally just a handful of cases each year even when there are elections and millions of people are voting. So the change in the law would affect all of the tens of millions of registered voters in Great Britain, but might only be effective in stopping a dozen complaints of fraud. And what about those who don’t have ID or can’t afford to get ID? They are barred from voting. They are discouraged from registering to vote because the process has been made that much more difficult for them. They are further pushed out of the UK’s democracy. 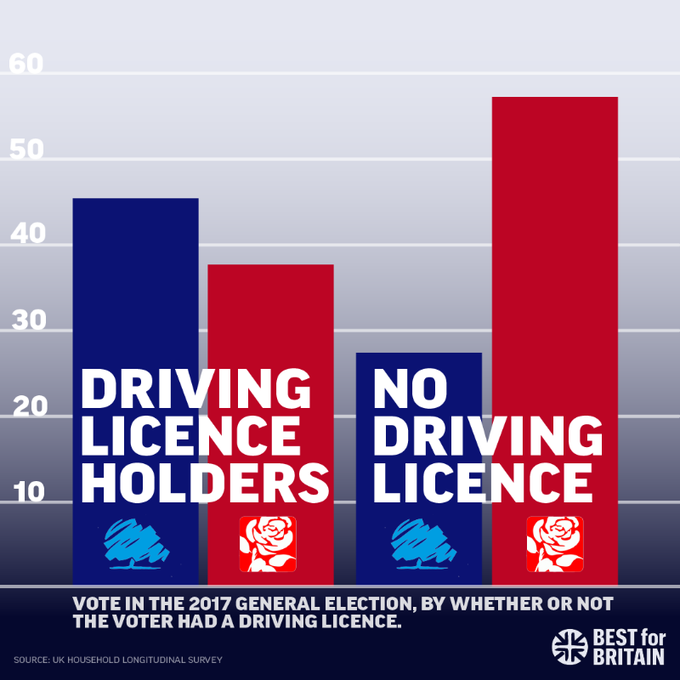 Research by the Electoral Commission in 2015 using the UK Government’s own data found about 3.5 million citizens, or 7.5 per cent, of the electorate did not have access to any photo ID. And if the government decided to limit acceptable ID to passports and photographic driving licences, those without adequate ID would potentially rise to 11 million people, or 24% of the electorate.

But turning away up to a quarter of eligible voters, or at least putting up extra barriers for people wanting to use their right to vote, is just one part of the government’s programme.

They are systematically throttling the routes ordinary citizens have to hold the powerful to account.

Want to vote them out of office? They’re making it harder for some people to vote and making voting systems less fair.

Want to join a protest and make noise about an issue you care about? Want to use your freedom of speech and be a one-person protest standing up for what you believe? They’re making it harder to organise protests and making normal protesting a criminal offense.

Want to use your right to justice and the rule of law by challenging a government decision in Court? They’re making themselves exempt.

Want politicians to be transparent and honest about whether they’re following the rules in elections and how they spend money in electioneering? They’re set on weakening the Electoral Commission.

This is not the reform our country needs. What we need is MORE fairness in elections and a fairer electoral system that makes sure everyone’s vote counts. We need to strengthen the systems and rules that hold the powerful to account, nobody in power should be able to get away with sleaze and corruption. We need to make it easier for people to exercise their rights to vote and protest and we need our politicians to feel like they should listen when people use their voices. We need politicians and our political systems to inspire trust. That’s the reform I want and that’s the reform Best for Britain will fight for.

If you want to take a stand against this assault on our democracy, sign the petition here.