Best for Britain have today announced plans to project a symbol of European unity onto the moon almost 6 years after the UK voted to leave the European Union.

Learn more about how to support the project here. 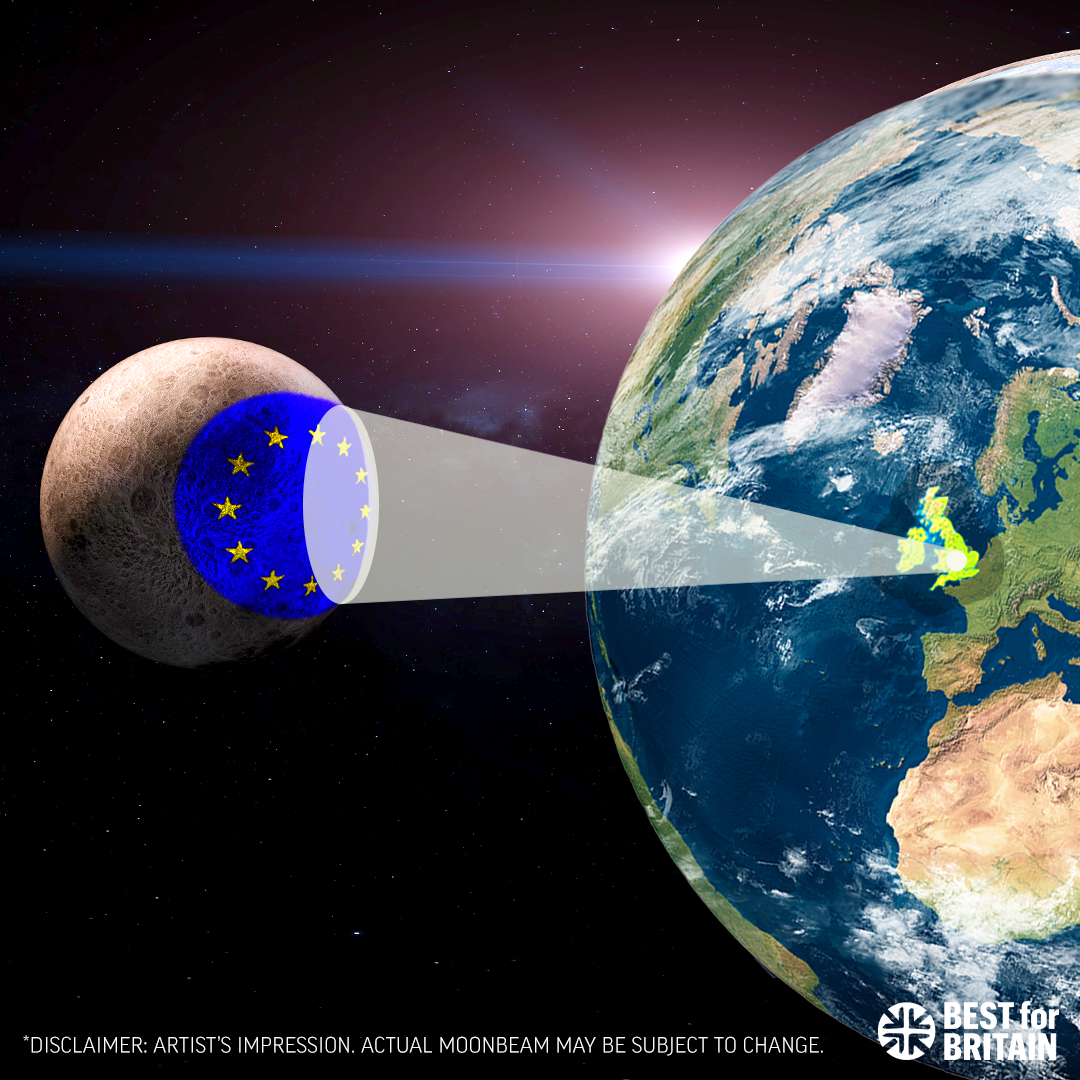 On the 5th anniversary of the Brexit vote last year, the group projected the names of thousands of Europhile Brits right at the heart of the EU Parliament in a demonstration of continued friendship and goodwill towards our European neighbours.

Following this astronomical success, the group will boldly go where no internationalist campaign group has gone before, this time beaming another message of European hope and solidarity on the lunar surface.

The endeavour poses a number of significant challenges. The distance will require the deployment of hundreds of powerful laser projectors placed at many different dark sky sites in the UK. The luminosity of the sun will also mean that the projection will need to take place during the new moon on 29th June rather than the 6th Anniversary of the Brexit Referendum on 23rd June and this date will be kept under review to account for potential cloud cover.

While taking place across many parts of the UK, the central projection will be based in the South Downs, West Sussex where Best for Britain are inviting people to watch the projection which will occur alongside live music including classical anthems of Holst’s The Planets and the European anthem, Ode to Joy.

A spokesperson for Best for Britain, said

“The sky’s the limit when it comes to our future relationship with Europe particularly after the black hole that was Brexit.

“We hope that this huge technical undertaking and prominent display observable across the continent will remind all Europeans that while borders may divide us, we are united in our shared values.”