We're not asking for the moon

No, we're not really going to project an EU flag onto the moon.

As a matter of fact, the Government's attempt to alienate our European partners isn't a laughing matter. It has had real consequences for everyone living with the consequences of their bare bones Brexit deal. 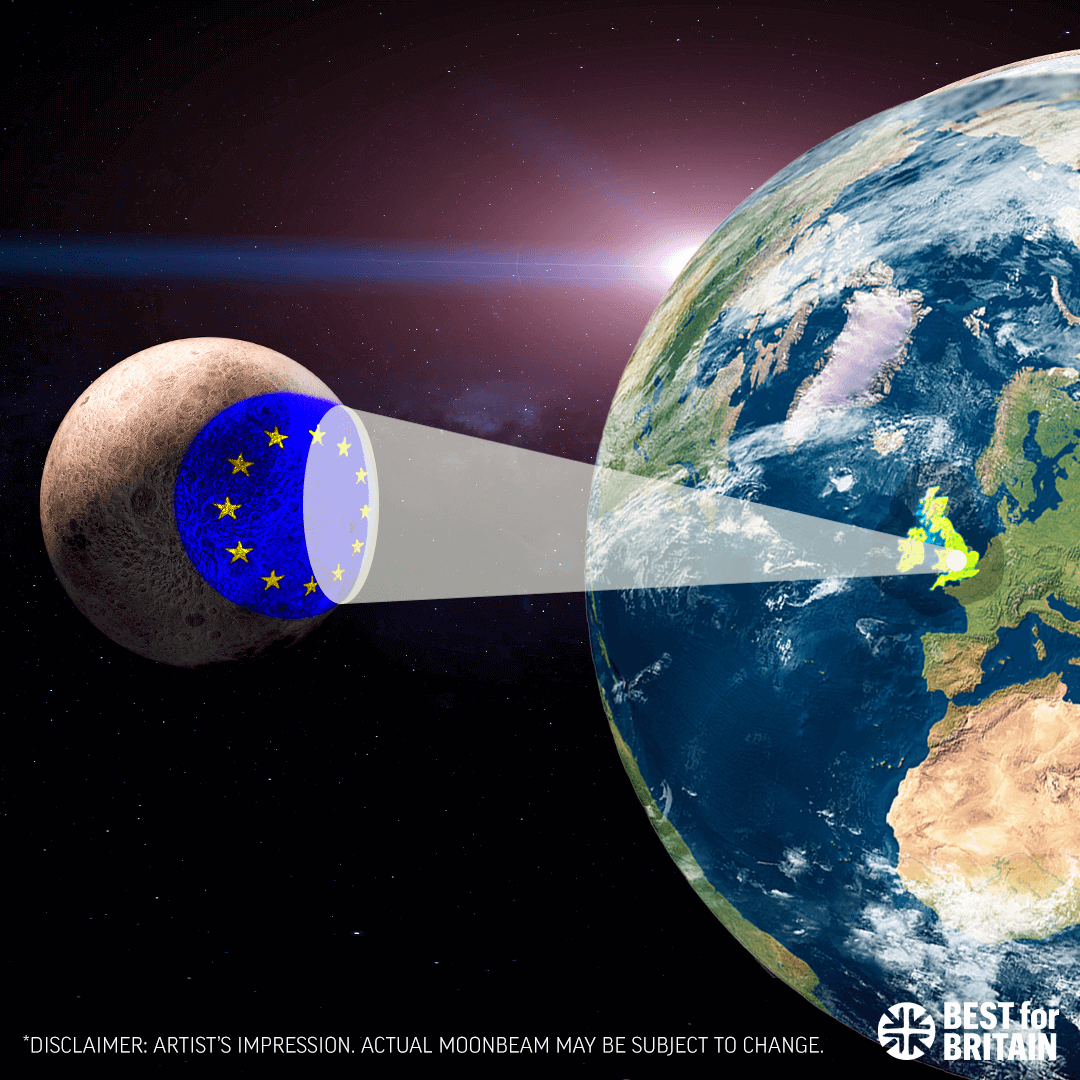 But the damage being done to our economy and our society in the name of Brexit isn't a foregone conclusion. There are some straightforward, concrete ways that the UK Government can begin to repair our trade and rebuild relations with our European partners. The UK Trade & Business Commission came up with 21 of them by speaking to some of those people and businesses most affected.

And although trying to get the Government to negotiate a closer relationship with our biggest trading partner has, at times, felt like talking into a black hole, Ministers are starting to recognise the damage Brexit has done. Contrary to what he said before the referendum, Rishi Sunak this week admitted that a trade hit was "always inevitable" after exiting the EU.

We don't have to beam their flag onto the moon to show the EU we're serious about rebuilding good relations.

Underpinning all of the UK Trade and Business Commission's recommendations is a need for the UK Government to be seen as a trustworthy partner by other countries - especially as they seek to negotiate further deals in a turbulent environment. As David Lammy wrote recently, ‘the Government should respond to this moment not with complacency, but with a new conviction to nurture those relationships with the allies it has neglected'.

Threatening to break international law or row back on the deal we agreed only distances us from those we must work with to meet the great challenges of our time. The US has said publicly it won't consider a deal if we continue to put the Good Friday Agreement at risk. The EU won't negotiate with us on areas like Horizon if we threaten to break an agreement almost immediately after the Prime Minister signed it.

The EU is first and foremost a peace project. While it may suit this Government's domestic agenda to paint Brussels as its foe, British businesses and hard-pressed consumers are desperate for them to make friends instead. Following recent global events, this should be easy. Considering the domestic economic picture, it is essential. We're not asking for the moon.

Write to your MP and ask them to read the 21 recommendations in the UK Trade and Business Commission's annual report.