A new campaign to convince the leadership of the Labour Party to back the introduction of proportional representation (PR) for UK elections has been launched by pro-democracy campaign group Best for Britain. 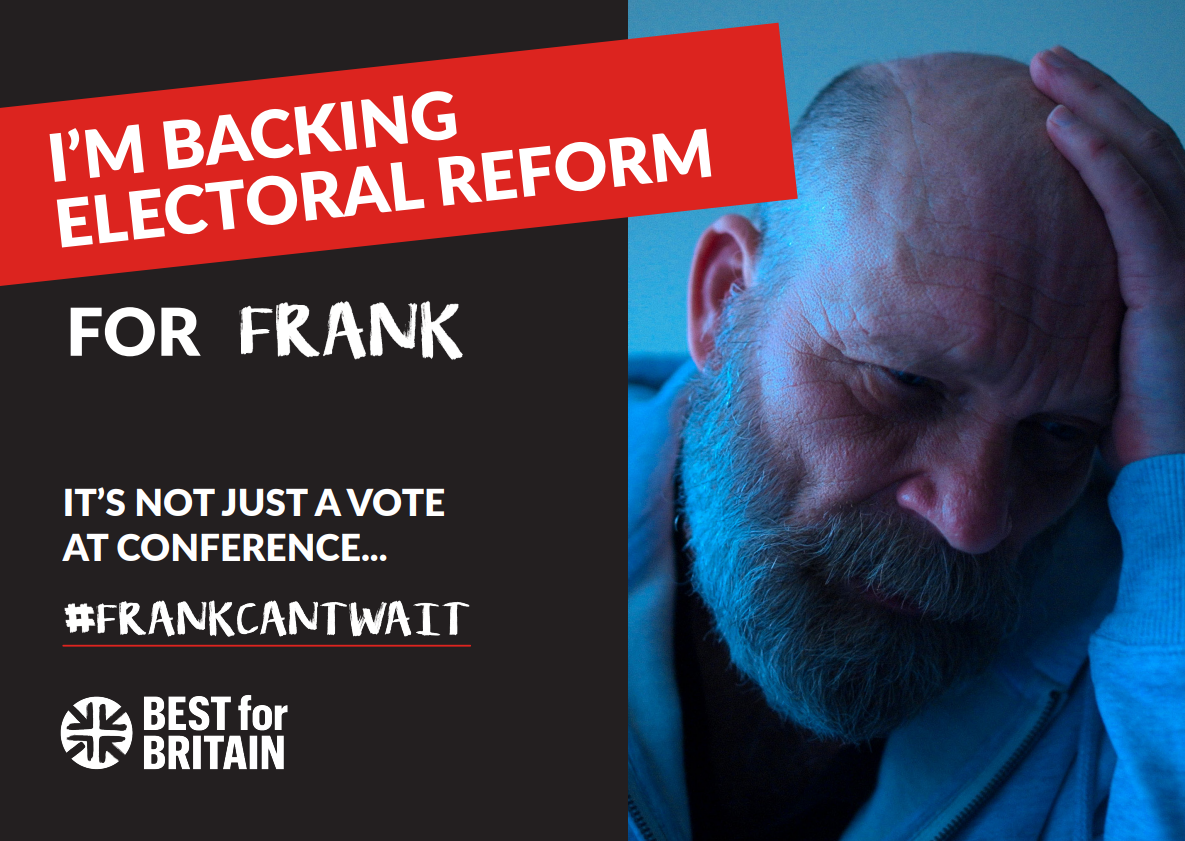 From mammoth NHS waiting lists, a poverty emergency, increasing industrial action and uninvestigated crime, the Can’t Wait campaign exposes the cost of the UK’s outdated electoral system which has awarded the Conservative Party twelve years in power on a minority of votes.

Last year, 153 Constituency Labour Parties (CLP) submitted pro-PR motions to the Labour Annual Conference, where 80% of CLP delegates voted in favour of the move. However, the proposal was ultimately defeated when UNISON delegates abstained and the Labour leadership failed to back the motion. UNISON has since passed a policy rejecting first-past-the-post and in favour of PR.

Now Best for Britain has launched a major, far-reaching digital campaign targeting Labour Party and union members, providing them with ways to influence those in positions of power within the Labour Party and the trade union movement. The campaign will also use Best for Britain’s highly accurate, seat-level data to ensure opposition parties are in the best position to win the next election.

The Can’t Wait campaign has gained the support of high profile politicians from across the Labour movement including former Shadow Chancellor John McDonnell and Mayor of Greater Manchester, Andy Burnham.

“The Conservatives know that they can’t win under a fair system and so this year they imposed first-past-the-post for local elections in England with no explanation or justification.

“Britain can’t wait another 5 years for Labour to acknowledge reality, that the current system unfairly keeps them out of power and silences the progressive majority in the UK. They must endorse proportional representation when it is considered in Liverpool.”

“Under our antiquated political system, the Conservative Party have been in power for more than two-thirds of the last century without ever winning a majority share of the popular vote. When combined with the Parliamentary whip system, first-past-the-post ends up handing inordinate power over our lives to a tiny elite who often don’t reflect the rest of the country.

“My message to all progressive people is simple: let’s not let the next hundred years be like the last. It is time for like-minded people to reach out across party divides and agree a wide-ranging programme of political reform. That way we can ensure that economic and social policies with majority public support will shape our lives, rather than those designed to further the vested interests of the few.”

“In recent years working people have come to recognise more than ever that the current system has consolidated power in the hands of politicians who have lined the pockets of their rich friends and protected the profiteering of corporations whilst undermining workers’ rights.

“The result is that almost all of the Labour affiliated unions are now in favour of proportional representation and it’s time the party did the same.”