This year's Halloween horrors are courtesy of Number 10

In 2021, the scariest Cabinet isn't Dr. Caligari's. It's the one formed by Boris Johnson.

It's A Nightmare On Downing Street. Or it would be if we had a normal Prime Minister, not one who jets off to Marbella instead.

The horrors on our doorstep are being explained away as the fault of businesses being unprepared for a supply chain squeeze; the fault of the public for panic buying; and an entirely necessary period of adjustment before we can reap the benefits of Brexit sovereignty. Ministers affix rictus smiles before lying through their teeth on national television. And in our post-truth world, no one can hear you scream. 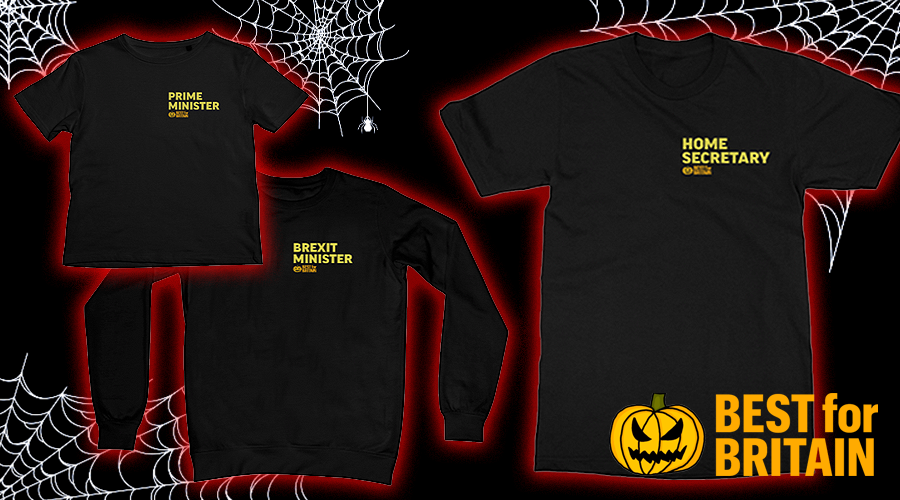 But while ordinary people worry whether they'll have to choose between heating and eating this winter, the government is taking advantage of our distraction. And while our backs are turned, an unholy trinity of bills is being bundled through parliament, designed to stifle opposition, secure this government's power and drive a stake through the heart of democracy.

It sounds melodramatic - but the effects of this legislation will haunt us for years to come if we don't fight it now.

First, the Police, Crime, Sentencing and Courts Bill - a deeply troubling extension of executive power to stifle dissent and limit the freedoms to protest that are central to our democracy. This bill enables the Home Secretary to choose which demonstrations are legal, and gives the police powers to ban protests because they are noisy or disruptive. It radically increases sentences for breaking protest conditions and risks criminalising people on the basis of phrases like ‘ought to know’.

This isn't the only legislation to have a chilling effect on our democracy. The new Elections Bill would rig the electoral system in favour of the party of government, and place barriers in the way of campaigners taking part in elections. It's also likely to cause significant disenfranchisement with the introduction of discriminatory voter ID.

Third in this unholy trinity is the Nationality and Borders Bill - sweeping changes which aim to deter people from entering the UK through 'unauthorised' routes. In actuality, the legislation will increase the hardships of those fleeing persecution, and create a discriminatory two-tier asylum system which will treat migrants as 'worthy' or 'unworthy' depending on how they enter the country.

The horrifying fact is that taken together, these bills represent a full-scale attack on our democracy, our freedoms, and our rights. So despite the shortages on shelves and the pressure on purse-strings, whatever you do, don't fall asleep. Or rather, don't sleep through the desecration of our democracy. We're holding Ministers to account for this dangerous legislation and working to amend it before it becomes law. And you can help us do it.

By dressing up as the scariest character you can think of - the Prime Minister, the Chancellor, or the Home Secretary - this spooky season, you can support Best for Britain. Every penny raised by our new line of Halloween costumes will go towards dragging these fiendish bills into the light, fighting for amendments and defending our democracy.

Get your Halloween apparel!