This new poll comes as Peers prepare to vote on amendments to the Government's Policing Bill which contains provisions within Clause 59 of the Bill to effectively ban any demonstrations in and around the highest seat of power in Britain. Unamended, the Bill would prohibit large scale demonstrations around Parliament, Whitehall and outside Downing Street. 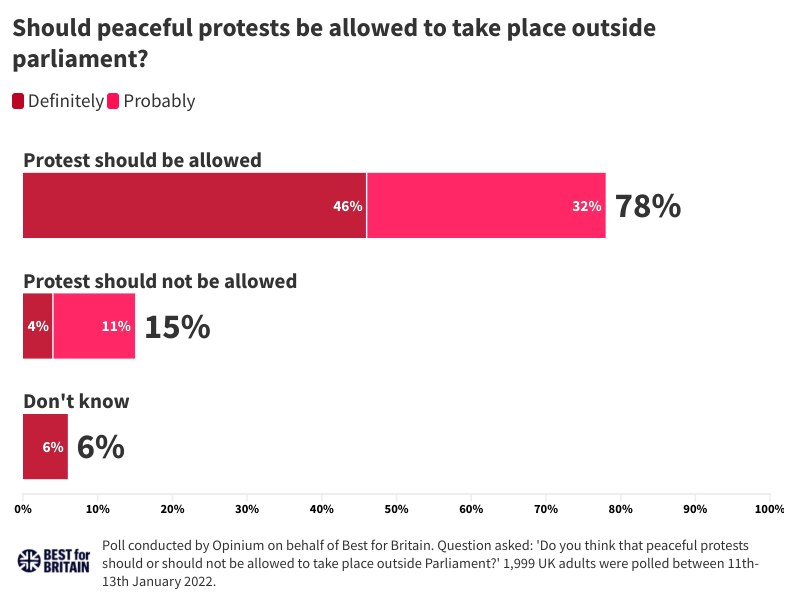 Peers will be voting today on Amendment 133B, co-ordinated by Best for Britain, to protect citizens’ right to protest, ensuring that legal avenues for people to apply to hold demonstrations will continue to be available. You can find out more here.

The vote is expected to be at 20:00. If successful the amendment will be voted on by the House of Commons when the Bill is next debated by MPs.

Protecting the right to protest in Parliament Square is supported by Conservative voters as well as those who vote for Labour and the Liberal Democrats. 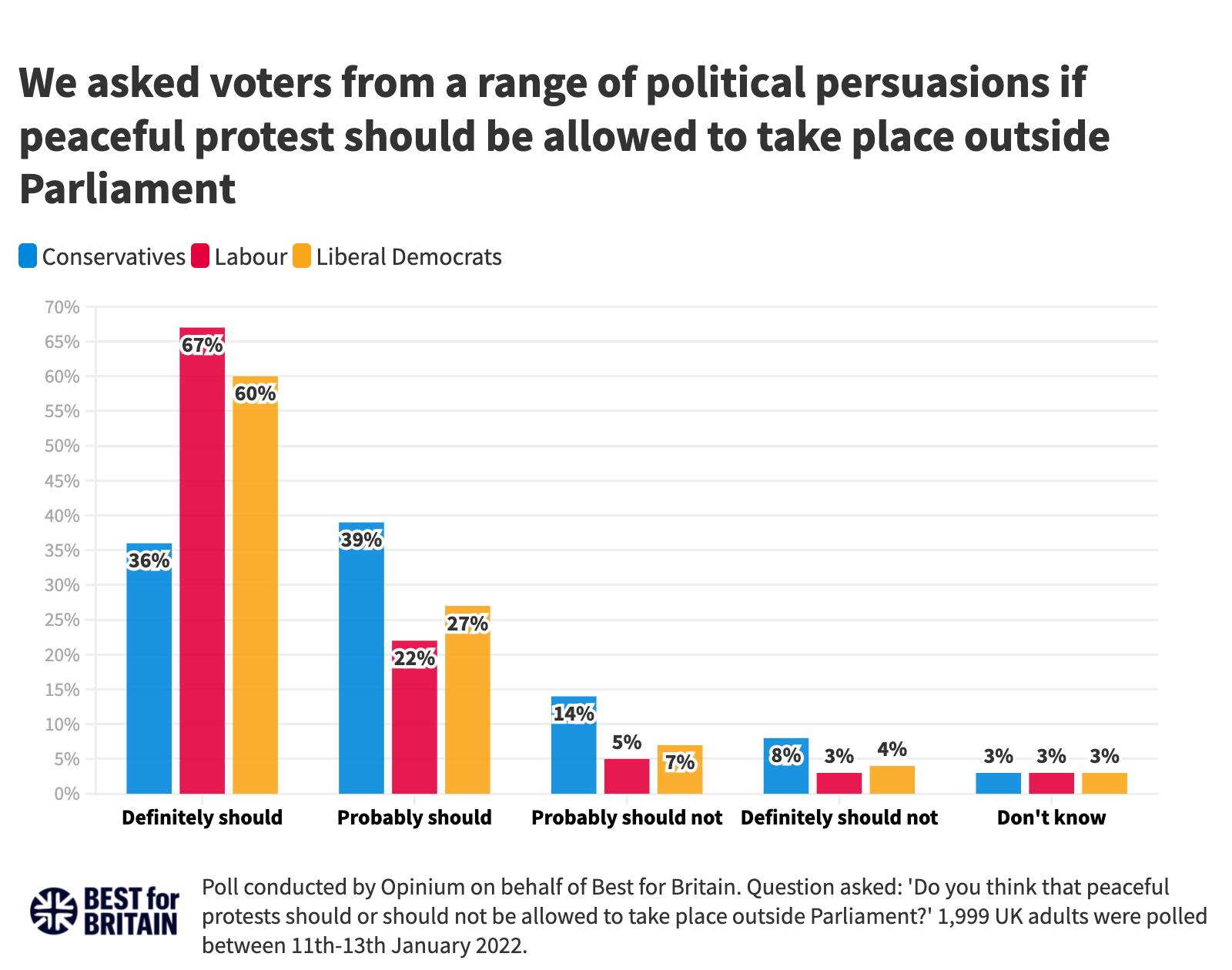 And people who voted both Leave and Remain in teh 2016 EU Referendum agree Parliament Square should continue to be the venue for protests, demonstrations and political events. 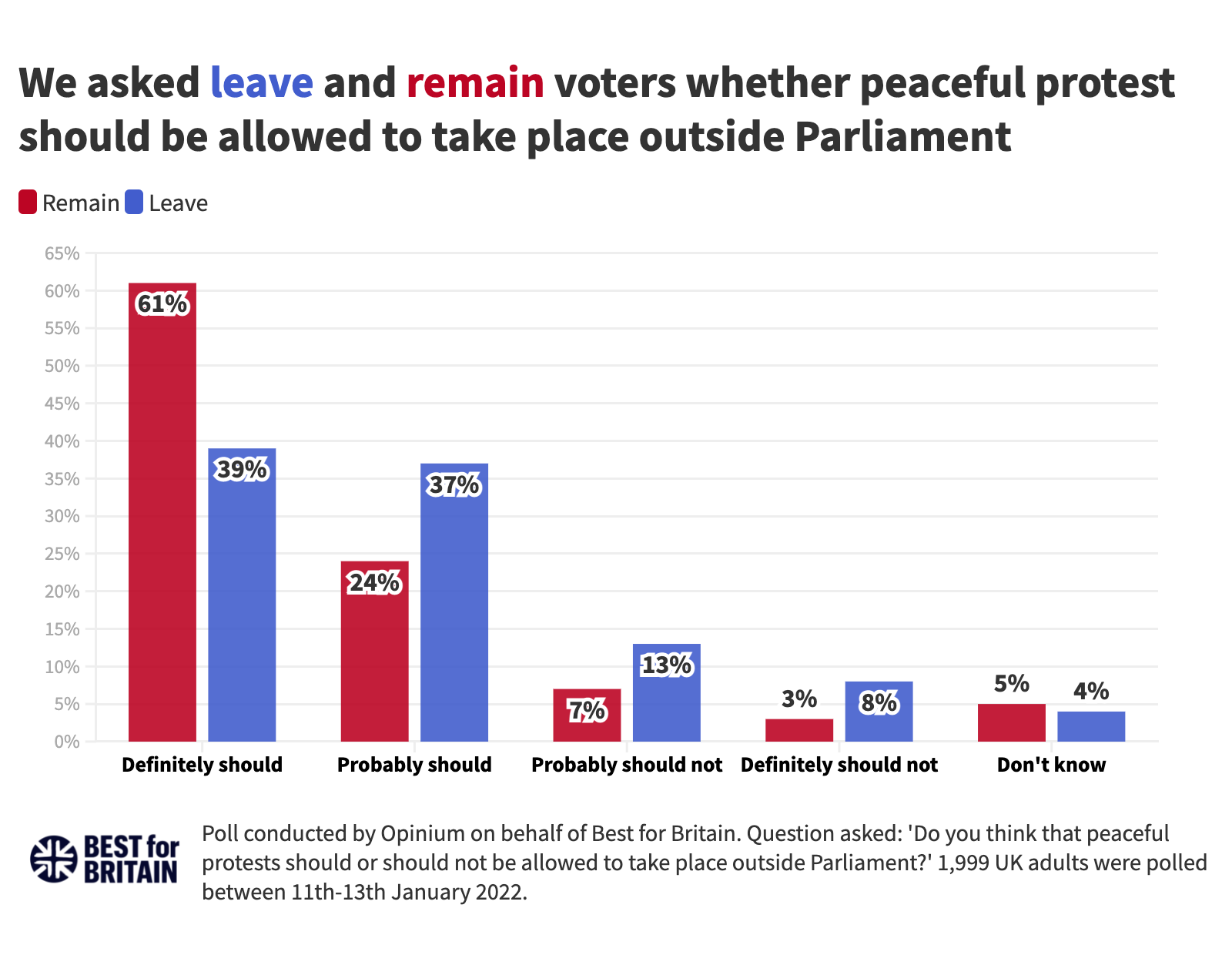 Polling undertaken by Opinium on behalf of Best for Britain between 11th-13th January 2022 asked a representative sample of 1,999 people,

"Do you think that peaceful protests should or should not be allowed to take place outside Parliament?"