It’s been just over seven months since the UK Trade and Business Commission was established, and there’s much to reflect on since its inception. 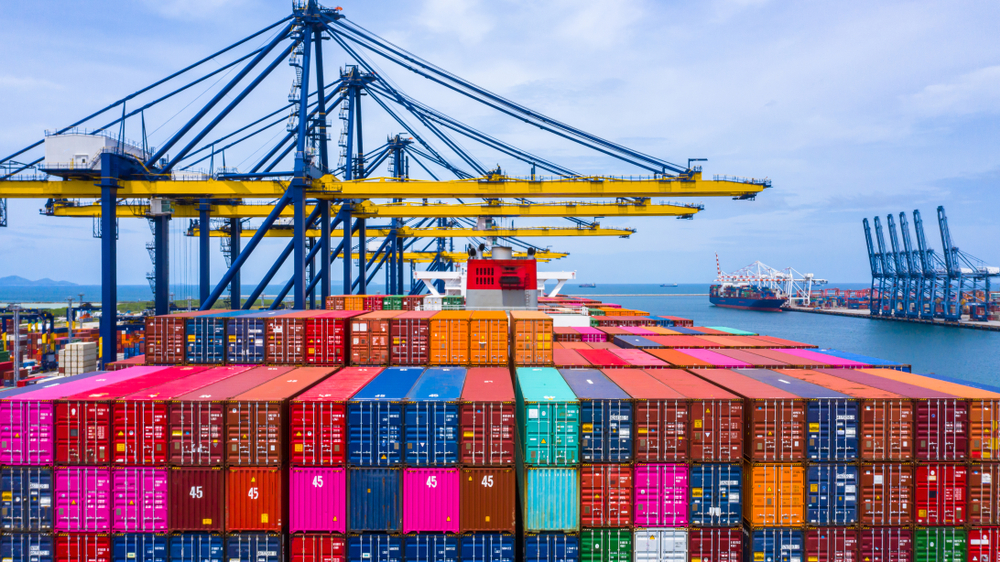 Rewind 10 months to January 2021. Britain has officially left the transition period and the Trade and Cooperation Agreement is now in force. Northern Ireland faces continued nights of unrest and violence, while individuals and businesses from Belfast to Bournemouth were being left to grapple with our new trading arrangements. Add to that a pandemic and national lockdown and it was a pretty bleak picture.

In the same month, and at a time when the role of Parliament should have been to scrutinise the impact of the EU-UK deal, Commons Leader Jacob Rees-Mogg decided to dissolve the Committee on the Future of the Relationship with the European Union. Rees-Mogg’s rationale was that the Select Committee had served its purpose - Brexit was basically ‘done’. But how would parliamentarians, businesses and trade bodies alert the government to the practical realities and issues of its deal without the committee? How would they continue to hold the Government to account?

Enter the UK Trade and Business Commission. Set up as a conduit between government and industry, it was tasked with passing messages from businesses on the frontline to ministers sitting on the frontbenches. As a cooperative endeavour across all nine Westminster parties, the Commission ran on a unique premise; parliamentarians were joined by business voices in a first of its kind forum.

The cross party, cross-industry group has since been tasked with undertaking a thoughtful and rigorous assessment of the impact of the UK’s deal with Europe and ones with countries further afield. As time has gone on, the Commission has needed to be highly flexible in the face of the ever-changing political landscape, after a predictably unpredictable few months in British politics.

Since the Commission held its inaugural meeting, there has been a cabinet reshuffle; the G7 in Cornwall; Party Conferences and a whole host of local and mayoral elections. Rishi Sunak outlined his budget to Parliament, and Britain has welcomed key stakeholders from around the globe to COP26 in Glasgow. At present, there are threats around the Government triggering Article 16 and the UK looks set to go into 2022 with the introduction of post-Brexit food and farming import checks in January.

The above are all seismic events and have a real influence on how the UK is perceived by the rest of the world. They also indicate how the government and world more broadly is perceived by voters in the UK itself. Global Britain is meant to be proactive and open-minded in its engagement with our international partners, and the task for the Commission has been to get across just how the Government can and should do that effectively.

What has the UK Trade and Business Commission done so far?

The Commission has engaged with a wide range of sectors and heard from over 60 witnesses across 13 oral evidence sessions. This evidence has been further supercharged by submissions of written evidence from over 40 organisations and widespread press coverage.

The range of evidence received by the Commission has been incredibly broad. It’s heard evidence about cabotage and the music industry from representatives who put on Elton John’s tours through to challenges that chemical companies have been facing in Derbyshire; it's listened to witnesses from the different regions of the UK such as Gin Distilleries in the Welsh countryside to Sportswear makers in Scotland alongside government ministers from both Holyrood and the Senedd; it has also heard from European Commissioners and MEPs.

The Commission has done a lot of work in getting out there and speaking to the country - and there’s been a really clear focus on doing so across all parts of the UK, rather than just in the echo-chamber that is the Westminster bubble. More needs to be done, and as time goes on and the Commission continues to make an impact, it will naturally seek to hear from new voices from across all corners of the UK. Evidence can be submitted to its inquiry here.

How has it made an impact?

We recently met with the Department for International Trade to discuss ongoing work on this space. This is a big step forward, and hopefully will mark the start of a constructive dialogue between the Commission and the Government.

The reputation of the Commission has grown over time and Commissioners themselves have spread the message far and wide across the country. It is equally as important that a business in Wakefield is able to engage with the Commission as a Government Minister in Whitehall and that acts as one clear basis for impact. If “levelling up” is to ever be more than just a phrase, it requires genuine and meaningful consultation and awareness of the challenges that all regions of the UK, rather than the ones that are closest to 10 Downing Street. It’s about hearing from those who can make a difference, and those who are being affected by the changes that have been thrust upon them. From there, it can make solid and well informed decisions about what the Government should prioritise going forwards.

The Commission has also produced an Interim Report, which can be read here. The report is outcome driven and data focused, highlighting simple solutions to complex issues. It’s over to the Government now to decide if they have the political will to enact changes.

Where does it go from here?

Between now and the end of this calendar year, the UK Trade and Business Commission will hold three evidence sessions: on services; pharmaceuticals, medicines and chemicals; before a final meeting of the year looks at the future of UK trade in 2022.

The Commission continues to seek evidence from businesses, organisations and trade associations who want to discuss impacts of the UK’s new trading arrangements, and any practical suggestions that may make life easier for companies in the UK to operate. It is, after all, the vibrant businesses, trade representatives and industries across the country which help to build a Truly Global UK; and the evidence they have given is helping the UK Trade and Business Commission determine just what is Best for Britain.