Here at Best for Britain, we think this theme is particularly apt.

For the past few weeks, our Food Poverty is not a Fair Trade campaign has been building support in response to the escalating cost of living crisis. 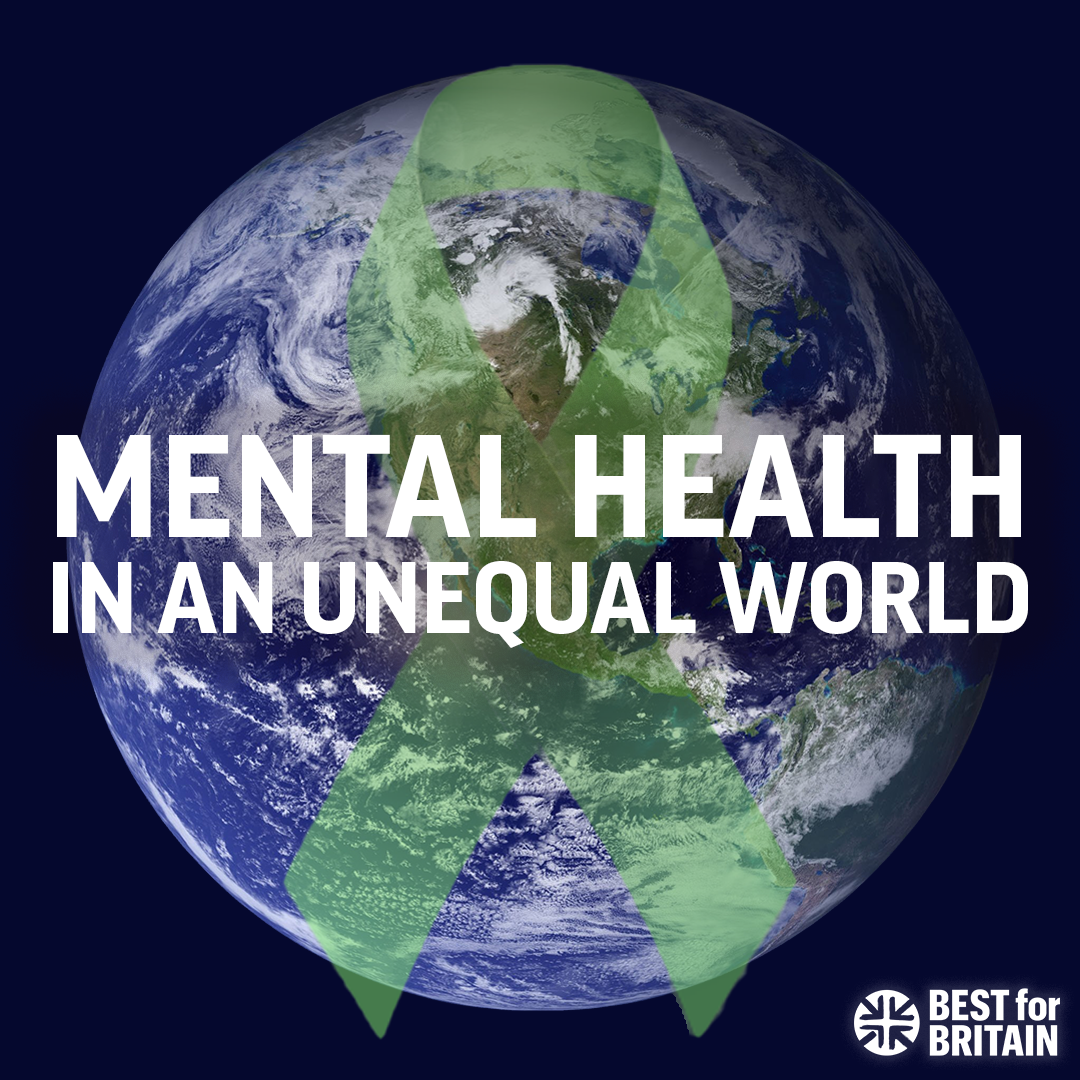 We think it is hugely important to recognise this crisis is likely to have a huge impact on mental health - and that this in turn will slow Britain’s economic growth and diminish our international standing. And it’s not just at home that the current Government’s abandonment of its responsibilities for the most vulnerable creates the conditions for poor mental health. Cutting funding for global aid and development is worsening the lives of the poorest in the world.

Mental health is not the lesser cousin of physical health. As the World Health Organisation (WHO) puts it, ‘there is no health without mental health’.

UK government responses to mental health both domestically and internationally often lack urgency. Perhaps because as a country we repeatedly fail to acknowledge the proven negative effects of poor mental health on individual and societal outcomes.

Mental ill health is both a problem for individuals and a social problem. It leads to poorer global societal outcomes when it is allowed to escalate.

But recently, many of the British Government’s policy decisions have worsened the risk of poor mental health for so many people.

Leaving three million people without access to furlough or self-employment income support during the pandemic, simply because they fell through the cracks, was unforgivable and the groups representing them have cited the negative impact it had on mental health. Compounding this, cuts to the Universal Credit uplift and the decision to increase National Insurance will each put strain on ordinary people’s pockets. As energy prices spiral and firms go bust, the Government is yet to provide any help for consumers who will have to pay increased costs just to keep warm this winter.

We know there is an unequivocal link between economic hardship and mental ill-health. Those experiencing severe financial strain are 20 times more likely to attempt suicide than the general population. UK men and women in the poorest fifth of people in the country are twice as likely to have a mental health problem as average earners. Unemployment and insecure and low paid employment both lead to poorer mental health outcomes.

In order to truly claim that it cares about combating poor mental health, this Government must take steps to combat inequality and poverty. The WHO’s analysis has found that good mental health isn’t just about investments in the health sector, but about societies that invest in public services across the board. Interestingly, after the 2008 recession, while mental health outcomes in many nations worsened, they either stayed the same or improved in Finland and Sweden - countries with strong social security nets and generous welfare provision.

Beyond Britain, the Government also has lots to answer for. Keeping Britain unequal and making it more unequal is the opposite of an effective strategy to improve the country’s mental health. The same goes for global health outcomes. Inequalities in vaccine access, cuts to foreign aid, all of these things will increase global hardship and increase susceptibility to poor mental health world wide.

Poor mental health and economic hardship are two parts of a vicious cycle. We have a choice to break that cycle - but the choice is a political one.

Will the Government do the right thing?

Sign our petition and show the Government that you will not stand for poverty and poor living standards. This way, we can get one step closer to tackling the mental health crisis.