Is the Elections Bill the end of electoral pacts in Britain?

The Elections Bill, currently being considered by MPs, is an attempt by this government to rig the system in its favour. There are many things a reasonable person might want to change about how elections and politics work in this country, but this new Bill ignores nearly all of them.

This is the ‘once in a generation’ reform of our creaking Victorian elections system that we’re faced with. And hidden in the Bill is a measure that takes a bit of explaining, but leads us to believe that on top of everything else the government is trying to quietly outlaw electoral pacts. 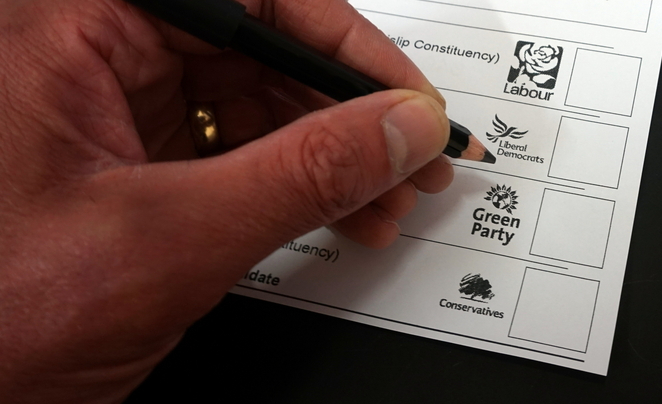 Time for a little history lesson

Before the year 2000, general elections in the UK were essentially treated as a series of individual elections, one in each constituency. The rules then in place didn’t really take account of the existence of political parties and there was no such thing as a spending limit for general elections. Candidates had a spending limit for how much money they could spend in their constituency but national campaigning was a free-for-all.

The Political Parties, Elections and Referendums Act 2000 (PPERA) changed the landscape entirely and created the system we know today. It invented the Electoral Commission, required political parties to be registered and publish annual accounts, set spending limits for national campaigning at elections and created the concept of ‘third party campaigners’, amongst many other things.

‘Third parties’ basically means any person or organisation that spends over a certain amount on election campaigning, and PPERA set registration requirements, rules about who is and isn’t allowed to spend money on elections and introduced a spending limit for them.

Electoral Pacts and the law

So, where do electoral pacts come in? Well, before 2000 parties were perfectly free to spend as much money as they liked on national campaigning to promote an electoral pact they had entered into. Joint candidates are a bit tricky, but not insurmountable - lots of current Labour MPs actually stand as joint Labour and Co-op candidates.

The biggest electoral pact was the 1980’s Liberal/SDP Alliance which actually didn’t really use joint candidates, the two parties decided between standing either a Liberal or an SDP candidate in each constituency and then both parties campaigned for that candidate.

But after 2000, the situation changed. Political parties now had to account for every penny they spent on election campaigning, make sure they didn’t spend over the limit and publish full details after the election.

Crucially, PPERA also limited political parties to spending money on campaigning for their own candidates only.

Under PPERA, then, the Liberal/SDP Alliance model no longer works because the national parties would not be able to spend money supporting each others’ candidates.

A workaround, or a loophole?

But there was a workaround. The Electoral Commission’s current guidance to political parties is to register as a ‘third party’ campaigner in addition to being a political party. That way, they could publish two spending returns that provide voters with transparency over what they spent to get their own candidates elected and, separately, what they spent on joint campaigning with their electoral pact partners.

This clearly wasn’t what the drafters of PPERA intended, but it’s a workaround that provides quite detailed transparency for voters about how and where money is being spent to influence how they vote.

There’s a problem though. By registering twice, the party then technically has two separate spending limits which are additive - that is, it increases the total amount they could legally spend at an election.

Back to the Elections Bill

So the government says they are using Clause 20 of their new Elections Bill to close that loophole by banning parties from registering as third party campaigners altogether. Alongside this, the Bill tidies up the rules around ‘joint campaigning’, extending that concept from third party campaigners to include political parties as well.

But then it misses a step. It doesn’t change the definition of parties’ election campaigning to allow them to spend money promoting other parties’ candidates.

Is this an oversight in the drafting of the Bill? Or is it a deliberate and sneaky attempt to quietly ban electoral pacts? The reality is that only the Conservatives have ever really come close to spending the full UK-wide £19.5m political party spending limit - they spent £18m in 2017 and £16m in 2019. The other parties typically spend significantly less (Labour spent £11m in 2017 and £12m in 2019).

What does this all mean?

People want less division and more cooperation in politics. People want a fairer voting system which would make it even more important for parties to work together to achieve shared aims.

But the system, and the tribal party politics it fosters, seem determined to forbid us doing politics by consensus.

If the Elections Bill passes without amending Clause 20 there will no longer be any way for political parties to be transparent about how money is spent on campaigning in an electoral pact. Parties may still decide not to stand candidates in certain constituencies, party spokespeople and leaders could still talk about shared goals between theirs and another party and one party could even still quote another party’s leader on their leaflets. But there could be no shared, common plan for how money is spent or targeted to win the election.

Yet another barrier to a better, fairer democracy in the UK.

Take action now, tell your MP to consider amending the Elections Bill by using our simple online tool at Hey-MP.uk.

By Cary Mitchell
Best for Britain's Director of Operations